According to a World Economic Forum report, demand for urban last-mile delivery would increase by 78% by 2030, resulting in the deployment of 36% more delivery vehicles in the world’s top 100 cities. In most Southeast Asian countries, the use of last-mile deliveries has expanded dramatically in recent years. The rise of online retail platforms, as well as food delivery apps, has boosted the demand for last-mile delivery ecosystems, particularly in urban areas, resulting in more vehicles on the roads. After the huge impact of the COVID-19 pandemic manufacturers, regulators and industry players recognise the opportunity to transition to electric vehicles (EVs) to advance their goals for economic growth and sustainable development. Not only this change enables the economy but also to meet their climate change commitments, reduce air pollution and increase energy security. It also offered established automotive giants and manufacturing hubs such as Indonesia and Thailand to extend their footprint in EV and battery production. 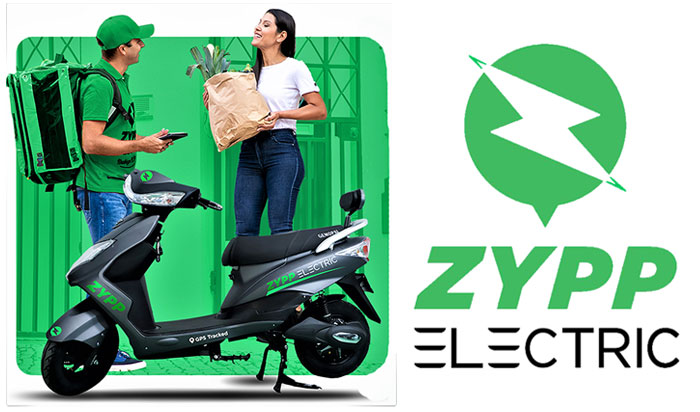 The quick commerce in terms of EV last delivery has drastically changed from first-generation commerce to 2nd generation e-commerce and 3rd generation q-commerce. In 1st generation commerce, the services were mainly self-service, in which all products were available and they were delivered by privately owned cars in only three to four people households and the goods were available in superstores only where discount matters a lot. But when people shifted towards 2nd generation e-commerce, only main products were available and all those products used to be delivered in only three to four people households in delivery trucks in minimum 2-3 days’ time, where discount has a huge value. There products used to be stored in big mega warehouses. But in today’s time, companies have shifted towards 3rd generation q-commerce. In this, even a small selection of products are available that will be delivered in less than an hour in two-wheeled vehicles. Now the goods are stored in local stores or small warehouses and can be delivered in single-person households. In 3rd generation q-commerce only speed matters. That has brought last mile delivery into focus.

According to the recent report the global market for two-wheel EVs (E2Ws) and three-wheel EVs (E3Ws) was valued at around $97 billion, or 4 percent of global auto sales. The global sales of E2Ws and E3Ws are increasing by more than 14 percent annually. According to this report, the global sales of E2Ws and E3Ws could reach $150 billion by 2022. Southeast Asian countries already have the highest two-wheeler penetration rates in the world. A report released in 2014 suggested that the ASEAN nations of Thailand, Vietnam and Indonesia topped the charts in household ownership of two-wheelers with 87%, 86% and 85%, respectively. A recent report released has suggested that the electrical three-wheeler market was valued at US$ 472.56 million in 2020 and is projected to succeed in US$ 756.52 million by 2028; it is expected to grow at a CAGR of 6.05% from 2020 to 2028.

The UN Environment is helping many developing nations in Africa and Asia to develop national-level programs and schemes for the introduction of electric two-wheelers and three-wheelers. The organization is trying to help with electric two-wheeler and three-wheeler projects in eight countries in Africa and Asia -Vietnam, Ethiopia, Thailand, Morocco, the Philippines, Kenya, Uganda, and Rwanda. These activities are envisioned to propel the integration of electric three-wheelers, along with facilitating the transformation of mobility from fossil fuel-based to electric means. In 2020, the largest share of the electric three-wheeler market is captured by the Asia-Pacific region. In 2018-2019, when other auto segments experienced a slow demand growth rate, compared to previous years, sales for the electric three-wheeler segment grew considerably. The North American low-speed electric vehicle market is expected to grow by 13.9% annually in the forecast period and reach $2,111.7 million by 2030, with vast development and changes in the electric vehicle segment, its research and development, advanced battery technology, and government subsidies. It is based on comprehensive research of the entire North American low-speed electric vehicle market and all its sub-segments through extensively detailed classifications. 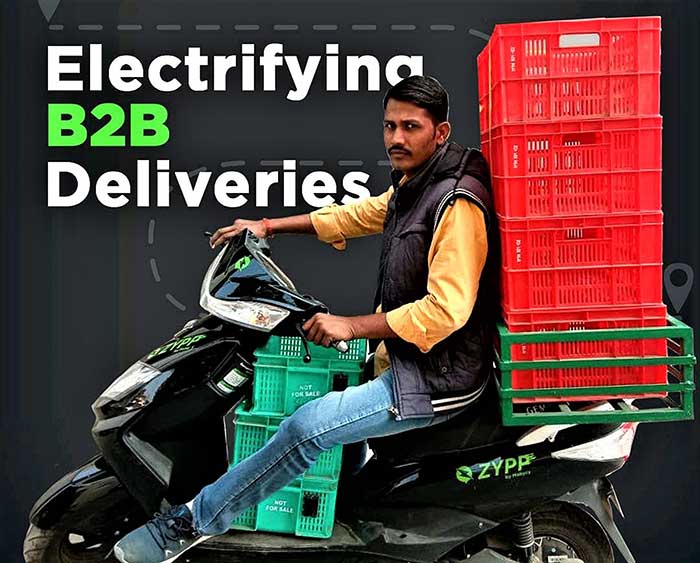 Logistics last-mile distances in the US/UK vs. India

The major cities in this region are working to develop and deploy electric vehicle (EV) technologies in order to preserve a greener and more sustainable environment. The demand for electric automobiles has increased as more people become environmentally concerned. With the arrival of electric vehicles into the persona, driving attitudes in the region have shifted considerably. According to a report by the International Renewable Energy Association (IRENA), by 2025, 20% of all cars on the road in Southeast Asia would be electric, in which the two-wheeler and three-wheelers market consists of 59 million and 8.9 million electric four-wheelers. Southeast Asia, with a population of 640 million people, should be a part of this technology revolution.

Currently, e-commerce delivery and ride-hailing are young markets and are largely unregulated ones. E-commerce business is predicted to grow at 30% annually in Southeast Asian countries, reaching USD 88 billion in 2025 and can account for six of all retail sales. The ride-hailing market is additionally set for the explosive growth of 19% p.a., reaching a size of USD 20.1 billion. One of the main technology disruptions that are driving business during this part of the planet use cases for two-wheelers and three-wheelers is e-commerce. The market price of e-commerce in Southeast Asia’s largest economy, Indonesia, is projected to hit USD 45.7 billion by 2025, buoyed by 119 million internet buyers.

According to a replacement research study from Technavio, between 2021 and 2025, the last-mile delivery market in North America is predicted to post a Year-over-Year (YoY) rate of growth of 16%. The market is growing by USD 58.91 billion between 2021 and 2025. This is often an estimated acceleration from that year when the entire world suffered from the pandemic, where growth was 14.8% YoY. 82% of this growth is thanks to originating from the US region, after the growing e-retailing sector in North America has significantly created the demand for business-to-consumer walk delivery services. The large volume of e-retail purchases and therefore the rise within the number of consumers choosing fast and seamless delivery services and lots of more factors will propel the market of walk delivery within the US over the forecast period. The growing B2C e-commerce industry within the US has become the main factor for this growth.

The main target should get on the expansion prospects within the fast-growing segments while maintaining their positions within the slow-growing segments. Because the markets recover, the large market in North America that consists of huge mile delivery will grow by USD 59.81 billion during the amount 2021-2025. North America’s walk delivery market is predicted to post a year-over-year rate of growth of 14.80%. In the US and UK, the B2C market saw maximum growth in 2020. This huge jump in the e-retailing sector in North America has significantly created the demand for B2C walk delivery services. The market segment will see a big increase throughout the forecast period. The US and UK became the key markets for the walk delivery market. In Europe also, the walk delivery market growth is assessed across the UK, Italy, Germany, Belgium, France, Poland, Russia, and therefore the remainder of Europe. 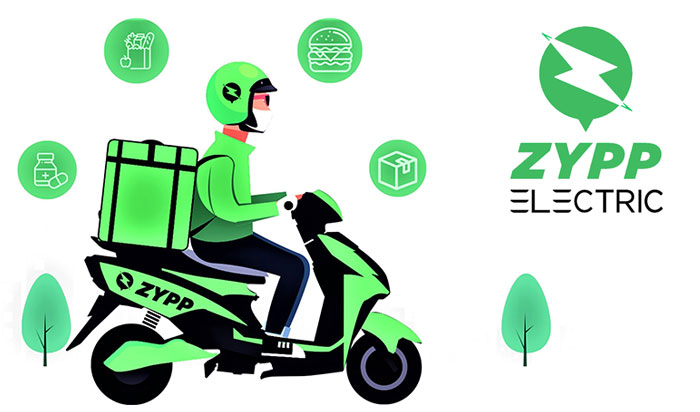 There are many automated deliveries that are happening within the UK in recent years. Europe’s walk delivery market is projected to harbour a CAGR of 18.75%, during the forecast period of 2021 to 2028. The retail sector has seen many modern developments within the technologies that also are attributed to the autonomous walk delivery market growth. Aligning with the advancements, a supermarket within the UK employed a ‘hive-grind machine’ for executing 65,000 orders hebdomadally. Modern technologies like AI, ML and IoT have reduced the value of labour and therefore the time is taken to finish deliveries. Quite 40 percent of all UK respondents chose online purchase because the preferred option for many non-essential or discretionary items like clothing and electronics, thanks to restricted access. After the lockdown has eased, this trend has been bogged down a touch a bit though safety concerns remain, only 51 percent of all respondents said they felt it had been safe to travel to a store.

The e-commerce business remains working on the traditional model of a communication system. Thus, the cause for one common communication platform between a customer and fleet operator. Small or light commercial vehicles like two-wheelers and three-wheelers vehicles are considered to be the most important segment within the automotive industry that encompasses commercial vehicles. The SCV contributes approximately 73% of the entire Commercial vehicle sales in FY2019. From FY 2015 to FY2019, the compound annual rate of growth is computed as a tenth increase and is further expected to boost the CAGR by 8% within the next five years.

Four-wheeler load vehicles or big trucks are highly suitable for bulk transportation in its category and long-distance transportation of products. In an estimate, the typical daily distance of four-wheelers within the walk delivery is around 100 kilometres. This is often why the owners of the two-wheelers and three-wheelers vehicles are mostly those that run small businesses or small mile deliveries, they can’t afford to rent big vehicles. Electric two-wheelers and three-wheelers, especially rickshaws, e-bikes have appropriated large parts of Indian roads without expecting government policies. They’re the foremost used vehicles for commercial also as walk deliveries. Most E3Ws use lead-acid batteries. These are easily available at a very low cost and are easy to replace, eliminating the wait time for recharging. Narrow streets and never-ending traffic jams make these modes of transportation most ideal for e-commerce and food delivery companies as it delivers to the customers in interior pockets of the towns and metropolises. These massive multiple service options augment the business case for owner-drivers to get on these platforms. 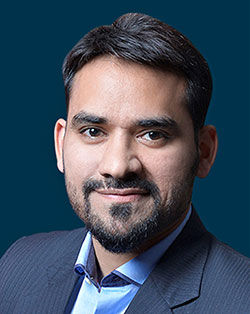