This month, we start a new series on Solar Entrepreneurs who have made a difference. On the back of innovation, and sheer effort. Starting the series is this entrepreneur from Haryana, who has already grown the firm to a 25 person set up, with 2000 plus customers in less than 3 years.

For Pradeep Kumar, who hails from a farming family in Haryana, becoming an entrepreneur in the solar business was always a plan, but he never imagined the shape it finally took.

Starting in 2009 with a simple installation business focused on solar panels at farms to run water pumps and more, Pradeep realised that panel damage caused by mischievous elements was a key issue for his clients. Considering the high capital cost for farmers, this fear of leaving such an ‘expensive’ asset out in the open was preventing many farmers from going for his solar based solutions. 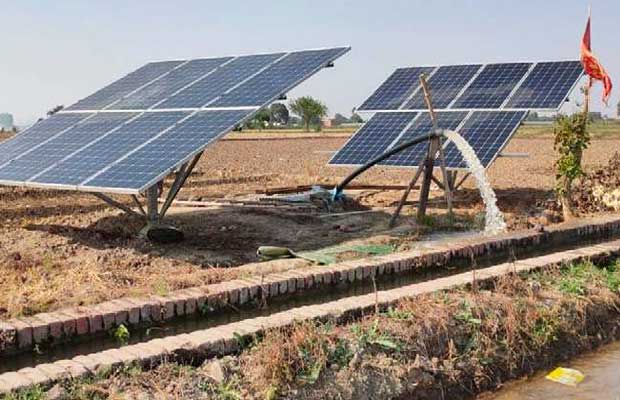 Six years later, in 2015, he arrived at his own solution to the problem.

A movable solar plant, with panels mounted on a trolley that could be used to move them on demand. By 2019, he had made enough progress to launch commercially, through his own firm, TG Solar Pumps. Using panels and pumps from Lubi Solar, Pradeep found early success in his own state, before orders started coming in from other states too. “Most of our marketing is done using social media, word of mouth, or through direct references”, he asserts. Offering capacity ranging from 2 HP to 10 HP, Pradeep Kumar claims to have sold over 2000 units till date. “The trolley can be mounted to the back of a tractor allow it to be moved when needed,” he adds.

He has also done demos and pilots for many other possible uses beyond water pumps, be it for flour making, or even to power juice extraction machines. 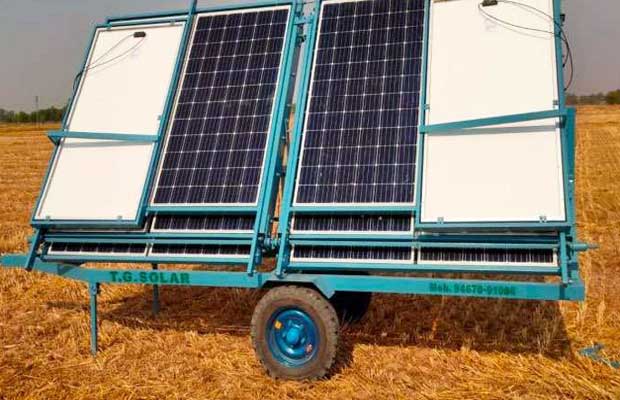 With a 25 member team in place now, and 14 full time employees who are on the rolls, Pradeep rues the fact that their solar offerings do not qualify for any government subsidies. However, he is hopeful that with the increasing efficiency of modules as well as lower storage costs in the long term, the possibilities in rural India remain immense for his business. 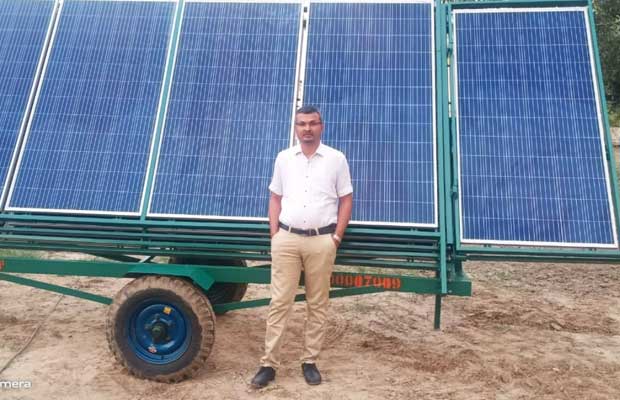 Pradeep Kumar, With His Solar Trolley

While they are working on new models, Pradeep stresses on service being the main determinant to sell successfully in rural India, and the challenge of selling without any subsidy. While some copycat designs did come up in the market, Pradeep informs us that most stopped in due course due to failure to offer quality service and product quality.