A new study from researchers at the Department of Energy’s (DOE) National Renewable Energy Laboratory (NREL) and the University of Texas at Austin reveals information about how perovskite solar cells degrade, which could enable improvements in performance and durability. 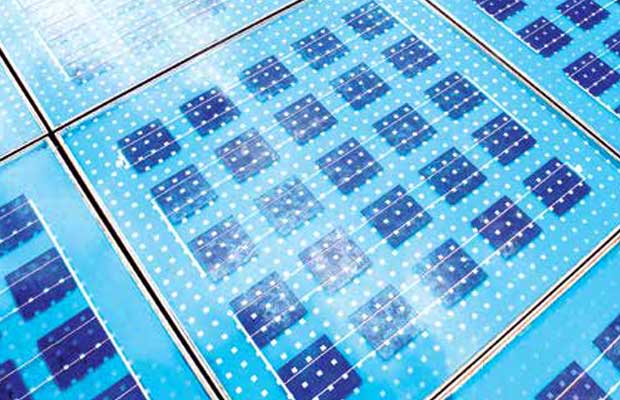 Highly efficient at converting sunlight to electricity, perovskite solar cells have emerged as a revolutionary new technology with the potential to be more easily manufactured and at a lower cost than silicon solar cells. Ongoing research, including at NREL, focuses on moving perovskites beyond a laboratory setting.

The paper, “Impact of Grain Boundaries on Efficiency and Stability of Organic-Inorganic Trihalide Perovskites,” was published in Nature Communications.

Perovskite solar cells possess a polycrystalline structure with individual crystals grains. These grains are adjacent to other crystals and the area where the crystals touch is known as a grain boundary.

“The general assumption is that degradation starts with grain boundaries,” said Kai Zhu, a senior scientist and co-author of the paper. “We were able to show that degradation is not really starting from the visible boundaries between grains. It’s coming from the grain surface.” As a result, this implies that the surface of a perovskite solar cell should be targeted for improving device performance. The team deployed a new super power/new piece of equipment called light-stimulated microwave impedance microscopy to map the conversion efficiency of solar cells on the nanoscale.

The rest sounds easy enough. Working with two samples, the team tracked the loss of conversion efficiency over a period of one week. The samples were coated with an acrylic glass (like Plexiglas), which protected them from ambient humidity for the first few days.

After the humidity penetrated the coating, the conversion efficiency went down. The drop in the photoconductivity emerged from the disintegration of the grains and not from the grain boundaries, the research found. The scientists noted, the grain boundaries “are relatively benign” and determined perovskite films with better crystallinity should be a direction of future research for improving perovskite solar cell performance and durability.

Here’s a extract from the study. Surprisingly, the GBs [grain boundaries] exhibit photoresponses comparable to the grains, and they are not the nucleation centers for the degradation process. Our results highlight the unique defect structures responsible for the remarkable performance of PSC devices, and address the significance of crystallinity to further improve their energy conversion efficiency.

The research is also important because it validates the use of light-stimulated microwave impedance microscopy in solar cell research.

The research was partly funded by the US Department of Energy, the National Science Foundation, and the Welch Foundation.