A class of materials called perovskites has emerged as a promising alternative to silicon for making inexpensive and efficient solar cells. But for all their promise, perovskites are not without their downsides. Most contain lead, which is highly toxic, and include organic materials that are not particularly stable when exposed to the environment. 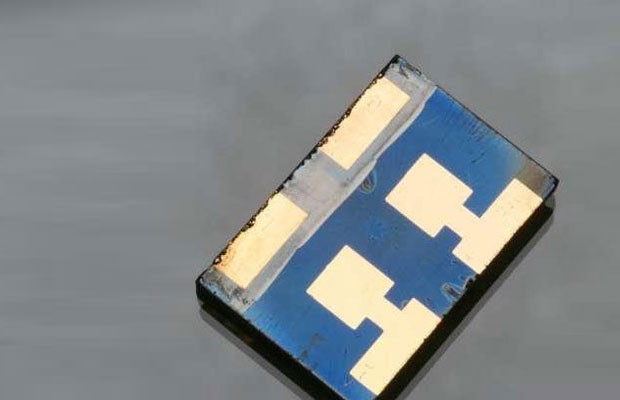 Now a group of researchers at Brown University and University of Nebraska – Lincoln (UNL) has come up with a new titanium-based material for making leadfree, inorganic perovskite solar cells. In a paper published in the journal Joule (a new energy-focused sister journal to Cell), the researchers show that the material can be a good candidate, especially for making tandem solar cells – arrangements in which a perovskite cells are placed on top of silicon or another established material to boost the overall efficiency.

“Titanium is an abundant, robust and biocompatible element that, until now, has been largely overlooked in perovskite research,” said the senior author of the new paper, NitinPadture, the Otis E. Randall University Professor in Brown’s School of Engineering and director of Institute for Molecular and Nanoscale Innovation. “We showed that it’s possible to use titanium-based material to make thin-film perovskites and that the material has favorable properties for solar applications which can be tuned.”

Interest in perovskites, a class of materials with a particular crystalline structure, for clean energy emerged in 2009, when they were shown to be able to convert sunlight into electricity. The first perovskite solar cells had a conversion efficiency of only about 4 percent, but that has quickly skyrocketed to near 23 percent, which rivals traditional silicon cells. And perovskites offer some intriguing advantages. They’re potentially cheaper to make than silicon cells, and they can be partially transparent, enabling new technologies like windows that generate electricity. “One of the big thrusts in perovskite research is to get away from lead-based materials and find new materials that are non-toxic and more stable,” Padture said. “Using computer simulations, our theoretician collaborators at UNL predicted that a class of perovskites with cesium, titanium and a halogen component (bromine or/and iodine) was a good candidate. The next step was to actually make a solar cell using that material and test its properties, and that’s what we’ve done here.”

The team made semi-transparent perovskite films that had bandgap – a measure of the energy level of photons the material can absorb – of 1.8 electron volts, which is considered to be ideal for tandem solar applications. The material had a conversion efficiency of 3.3 percent, which is well below that of lead-based cells, but a good start for an all-new material, the researchers say. “There’s a lot of engineering you can do to improve efficiency,” Yuanyuan Zhou, an assistant professor (research) of engineering at Brown and a study co-author. “We think this material has a lot of room to improve.” Min Chen, a Ph.D. student of materials science at Brown and the first author of the paper, used a high-temperature evaporation method to prepare the films, but says the team is investigating alternative methods. “We are also looking for new low-temperature and solvent-based methods to reduce the potential cost of cell fabrication,” he said. The research showed the material has several advantages over other lead-free perovskite alternatives. One contender for a lead-free perovskite is a material made largely from tin, which rusts easily when exposed to the environment. Titanium, on the hand, is rust-resistant. The titaniumperovskite also has an open-circuit voltage – a measure of the total voltage available from a solar cell – of over one volt. Other lead-free perovskites generally produce voltage smaller than 0.6 volts.

“Open-circuit voltage is a key property that we can use to evaluate the potential of a solar cell material,” Padture said. “So, having such a high value at the outset is very promising.”

The researchers say that material’s relatively large bandgap compared to silicon makes it a prime candidate to serve as the top layer in a tandem solar cell. The titaniumperovskite upper layer would absorb the higher-energy photons from the sun that the lower silicon layer can’t absorb because of its smaller bandgap. Meanwhile, lower energy photons would pass through the semi-transparent upper layer to be absorbed by the silicon, thereby increasing the cell’s total absorption capacity.

“Tandem cells are the low-hanging fruit when it comes to perovskites,” Padture said. “We’re not looking to replace existing silicon technology just yet, but instead we’re looking to boost it. So if you can make a lead-free tandem cell that’s stable, then that’s a winner. This new material looks like a good candidate.”