Scientists of University of Twente have made significant efficiency improvements to the technology used to generate solar fuels. This involves the direct conversion of energy from sunlight into a usable fuel (in this case, hydrogen). Using only earthabundant materials, they developed the most efficient conversion method to date. The trick was to decouple the site where sunlight is captured from the site where the conversion reaction takes place. 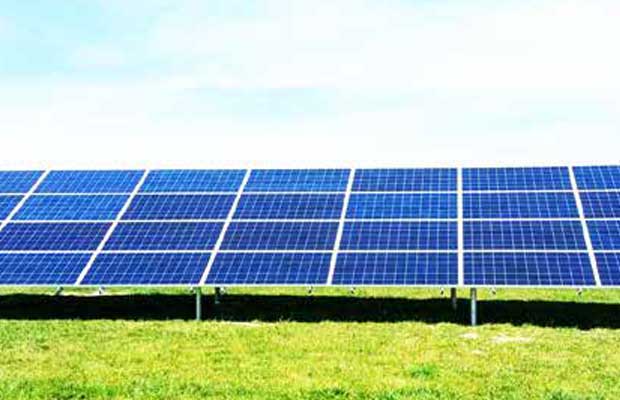 The study was done through a scientific procedure, which is abstracted as a solardriven photoelectrochemical cell provides a promising approach to enable the largescale conversion and storage of solar energy, but requires the use of Earth-abundant materials. Earth-abundant catalysts for the hydrogen evolution reaction, for example nickel–molybdenum (Ni–Mo), are generally opaque and require high mass loading to obtain high catalytic activity, which in turn leads to parasitic light absorption for the underlying photoabsorber (for example silicon), thus limiting production of hydrogen.

Here, we show the fabrication of a highly efficient photocathode by spatially and functionally decoupling light absorption and catalytic activity. Varying the fraction of catalyst coverage over the microwires, and the pitch between the microwires, makes it possible to deconvolute the contributions of catalytic activity and light absorption to the overall device performance.

This approach provided a silicon microwire photocathode that exhibited a near-ideal short-circuit photocurrent density of 35.5 mAcm−2, a photovoltage of 495mV and a fill factor of 62% under AM 1.5G illumination, resulting in an ideal regenerative cell efficiency of 10.8%. But, to make the conversion as efficient as possible you want them to absorb as much light as possible. It is important to achieve this decoupling at the microscale, because at larger scales the conductivity of the silicon microwires becomes the limiting factor.

Researchers around the world are working on the development of solar fuel technology. The research involves generating sustainable fuels using only sunlight, CO2 and water, the basic ingredients used by plants.

A group of researchers from the University of Twente’s MESA+ research institute are working on a solar-to-fuel device that produces hydrogen. They have now achieved a major breakthrough in this area of fundamental research. Using earth-abundant materials (i.e. avoiding the use of scarce and expensive precious metals), they have developed the most efficient method to date for converting light into hydrogen.

The system consists of silicon microwires less than one tenth of a millimeter long, the tops of which are coated with a catalyst. The photons (light particles) are collected between the microwires. The chemical reaction in which hydrogen is formed takes place on the catalyst at the tips of the microwires.

By varying the density and length of the microwires, the researchers ultimately achieved a maximum efficiency of 10.8 percent. They managed to achieve this by decoupling the site where the photons are collected from the site where the conversion reaction takes place. This is necessary because catalysts usually reflect light.

Professor Jurriaan Huskens, one of the researchers involved, stated that 10.8 percent is the highest ever efficiency for a siliconbased design. However, a further increase in efficiency – to fifteen percent – is needed to make the technology economically viable. Sounds great from a really brief press release. One suspects there is a rush to publish and a desire to get some patent work underway. 10.8 percent is a top of the line accomplishment suggesting the 15 percent line might be on its way. Let’s hope they don’t stop there and the build costs are sensible.