MIT explains the crux behind the World’s Lightest Solar Cells 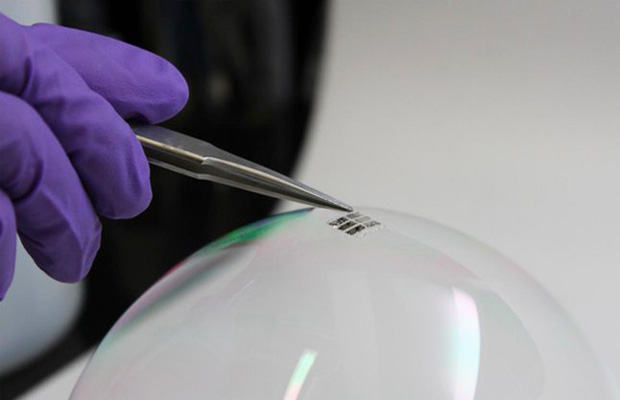 As solar panels get mainstream, innovations into this technology are also on leap. Today, technologies are getting more flexible, thinner and lighter and researchers at MIT are known to have abided the rules and created the thinnest, lightest solar cells ever produced.

The MIT professor Vladimir Bulovi, research scientist Annie Wang, and doctoral student Joel Jean explains the technology in a journal, The team used a common flexible polymer called parylene as both the substrate and the overcoating, and an organic material called DBP as the primary light-absorbing layer.

“The key to the new approach is to make the solar cell, the substrate that supports it, and a protective overcoating to shield it from the environment, all in one process. The substrate is made in place and never needs to be handled, cleaned, or removed from the vacuum during fabrication, thus minimizing exposure to dust or other contaminants that could degrade the cell’s performance”, said MIT’s associate dean for innovation and the Fariborz Maseeh (1990) Professor of Emerging Technology.

The entire process takes place in a vacuum chamber at room temperature and without the use of any solvents, unlike conventional solar-cell manufacturing, which requires high temperatures and harsh chemicals. In this case, both the substrate and the solar cell are “grown” using established vapor deposition techniques.

A flexible parylene film, similar to kitchen cling-wrap but only one-tenth as thick, is first deposited on a sturdier carrier material – in this case, glass. Figuring out how to cleanly separate the thin material from the glass was a key challenge, explains Wang, who has spent many years working with parylene.

The researchers lift the entire parylene/solar cell/parylene stack off the carrier after the fabrication process is complete, using a frame made of flexible film. The final ultra-thin, flexible solar cells, including substrate and overcoating, are just one-fiftieth of the thickness of a human hair and one-thousandth of the thickness of equivalent cells on glass substrates – about two micrometers thick – yet they convert sunlight into electricity just as efficiently as their glass-based counterparts.

To demonstrate just how thin and lightweight the cells are, the researchers draped a working cell on top of a soap bubble, without popping the bubble. The researchers acknowledge that this cell may be too thin to be practical – “If you breathe too hard, you might blow it away,” says Jean – but parylene films of thicknesses of up to 80 microns can be deposited easily using commercial equipment, without losing the other benefits of in-line substrate formation.

“It could be so light that you don’t even know it’s there, on your shirt or on your notebook,” Bulovi? says. “These cells could simply be an add-on to existing structures.”

Still, this is early, laboratory-scale work, and developing it into a manufacturable product will take time, the team says.