Mining Clean Energy That Looks To Our Future Demands 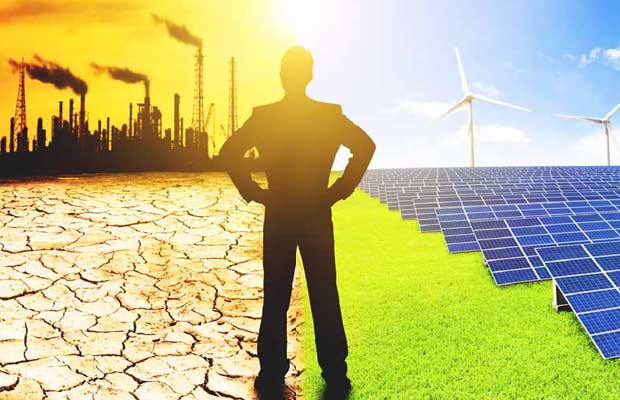 The goals of Paris climate Agreement was discussed when all the eminent representatives across the globe met at a meeting in Bonn in November 2017. The major challenging point of discussion revolved around rapid scaling up the deployment of renewable energy, mitigating the fossil fuel use in the meantime. The major aspect is still at bay from the concern and consideration which is the exhaustion of minerals required to build these technologies.

From copper for wires and electric motors, to lithium and cobalt for batteries, to minute amounts of rare earth metal like indium and gallium for solar cells, all these are required in huge amounts to accomplish the desired wind and solar infrastructure. The process itself questions how much renewable is renewable energy in actual.

The flaks in the existing system of mining is one of the major problem that the whole dynamics of the process is facing. The mining system is polluting and will lead to public rage and social pressure. The solution is available and it needs to be followed and executed. The need of the hour a new mechanism of international standards in order to coordinate properly and precisely global mineral exploration that looks to our future demands.

Rocky Road Ahead for Mineral Supply

The mining and state owned enterprise has the monopoly of mineral mining for sustainable resources as the Paris agreement has developed and issued a global framework to managing carbon while on the other hand no such framework is defined nor exists for minerals.

Resource mining leads to some significant increase in air and water pollution levels and the deteriorating quality of copper ore globally over the years is the greater example for the preceding problem. Thus, the excavation process needs twice as much of resources and time as compared to a decade ago to extract the same amount of copper, resulting in more mine wastage. On the other hand the investments in new mine sites exploration has declined corresponding to lower commodity price.

It often takes at least 20 years form finding mineral or metal deposit to execute mining, and as per the data, meagre 20 percent of the findings have led to mining operations since 2000. The low interest in investments for exploration is due to the short-term thinking rather than the contrasting supply rising demand for a long-term plan. The increase in resistance for mining mostly at domestic level globally is passing by simultaneously. The scenario is led by the environmental crisis results in various diverse calamities like that of social trust erosion, usually delaying or hindering mine development.

A well defined mechanism and framework could help rebuild the trust of local communities carried out for planning the resource supply efficiently. The guidelines needs to keep a check and limit the inflation in prices for liable access to the metal resources, compensating to have a balance in the international tension arising due to the stiff competition between the industries and the governments for minerals out of the crunched list of countries surviving with profits and sustaining in the mining industry. 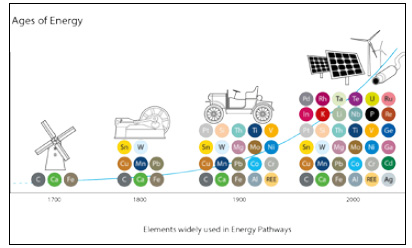 The process for the development of a global agreement setting upon standards for mining at global stage will obviously be rigorous, requiring strong leadership with substantive dialogue. In order to accelerate and support the process there are organisations such as United Nations Environment Assembly, or the recently founded Intergovernmental Forum on Mining Metals and Sustainable Development could be reach out for collaborations.

The people across the globe are well aware of the factual intimidation for lower bed countries of the rising sea levels. The similar awareness dissemination is needed to make people understand the pivotal role minerals have in energy transition, eventually hampering the sustainability goals due to supply crisis. To put a full stop to the situation, a global coordination to address the several key aspects of mineral development is needed.

To begin with, while most point by point data on where minerals are mined and sold is secretly held, there is openly accessible information that could be utilised to foresee conceivable uneven characters in free market activity universally (for instance copper, press, lithium, indium).Openly financed foundations have an imperative role to play here. They can evaluate how known supply will take care of future demand, and convey knowledge into the changing natural effect.It ought to likewise be totally conceivable to create inventories of recyclable metals, which can be a critical supplement to vast mining operations.

Assembling inventories of recyclable metals is in progress crosswise over Europe as a feature of a move towards a roundabout economy (where however much waste as could reasonably be expected is repurposed). While reusing metals like lithium for under 1%, around 40% of steel request is met from scrap, reused amid assembling and from end-of-life items and infrastructure. Pondering inevitably for dismantling of structures when they are constructed, can bolster better utilisation of reused assets.

Geoscience offices officially offer maps of underground minerals, exhibiting that this sort of co-ordinated point of view is plausible. Stretching out this way to deal with recyclables can moderate ecological effect and facilitate the social complaints to new mines. A worldwide mechanism for mineral investigation and supply could likewise be a chance to advance best-hone for capable mining, with an attention on social permit and reasonable and straightforward sovereignty courses of action.

It’s a piloting suggestion, particularly the same number of nations show less enthusiasm for universal agreements. In any case, it will be progressively hard to meet the Paris agreement objectives without handling this issue. In the decades ahead, our mineral supply will even now need to twofold or triple to take care of the demand for electric vehicles and different technologies required by our developing worldwide populace. To put it simply, asset effectiveness and occupations without bounds rely upon a guaranteed mineral supply. This ought to be a neutral issue, over the worldwide political range.