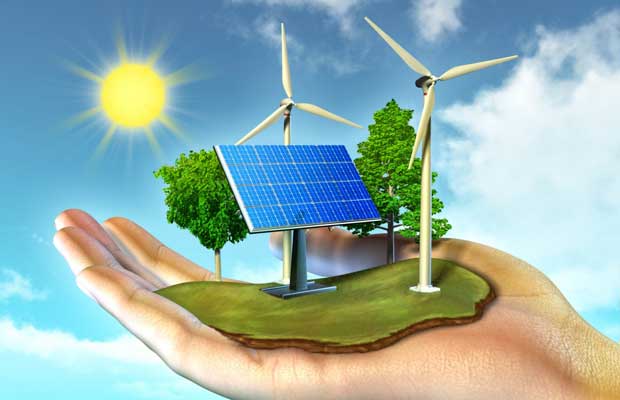 Lappeenranta University of Technology (LUT) has developed a new model that shows how an electricity system mainly based on solar and wind works in all regions of the world.

The new model also shows the functioning of an electricity system that fulfills the targets set by the Paris agreement by using only renewable energy sources.  The global Internet of Energy Model visualizes a 100 percent renewable energy system (100%RE) for the electricity sector for 2030. According to researchers the model designed to find the most economical solution for a renewable electricity system, has been structured into 145 regions, which are all visualized, and aggregated to 9 major world regions.

“With the simulation, anyone can explore what a renewable electricity system would look like. This is the first time scientists have been able to do this on a global scale,” said Christian Breyer, LUT Solar Economy Professor and a leading scientist behind the model.

The researchers are planning to develop the model further. Upgraded model will look into the full \energy sector, including heat and mobility sectors. The model will also describe how to transition from the current energy system towards a fully sustainable one.

According to the researchers the model debunks myths about what renewables can and cannot achieve. One of the myths is that a fully renewable energy system cannot possibly run stable for all hours of the year, due to the intermittent character of solar and wind energy. Another myth is the idea that without large base load generation capacities, such as coal or nuclear plants, an electricity system cannot work. According to the researchers, both of these are incorrect and the facts can be checked from the model.

“My hope is that we can finally stop debating about these myths. The visualisation shows exactly how a fully renewable electricity system operates. So let’s just build it,” emphasizes Pasi Vainikka, Principal Scientist from VTT Technical Research Centre of Finland Ltd. He further added “We want the model to give every citizen the chance to familiarise themselves with a renewable energy system. Increased knowledge usually lowers the resistance towards new developments.“

Professor Breyer presented the simulation for the first time on Friday the 4th at the World Clean Energy Conference (WCEC) hosted by the United Nations in Geneva.

Solis Bags Company Of Year Award for Its ‘Smart Tec...