The organic combination of PV system and buildings makes it fashionable and practical to create green buildings that meet key climate objectives too. These Building Integrated Photo Voltaic or BIPV systems are gaining in popularity with responsible corporates, as they help deliver key objectives of green energy, conservation, and sustainability for new constructions and old both.

This Solis seminar will take you to share the characteristics of the BIPV project and the key points of inverter selection.

In a BIPV project, it is necessary to design the PV system according to the structural characteristics of the building itself. Often the roof area of some buildings is not sufficient. Therefore, in addition to the roof area, other areas of the building need to be used to develop PV curtain walls, daylighting roofs, shading, etc. Many forms. 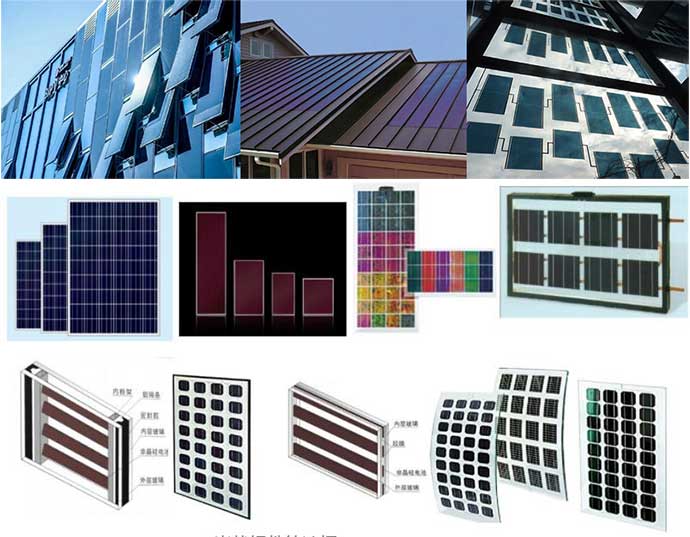 In addition, because the BIPV project has a complex structure and diverse orientations, especially projects that combine multiple application forms, it is necessary to fully consider the project structure, electrical, and safety issues when designing the PV system.

Judging from the main features of the BIPV project, there are many architectural application scenarios, such as flat roofs, inclined roofs, curtain walls, transparent roofs, sunshades, etc. In addition, the inclination angle is complex and the selection of materials is diverse, so the following issues must be considered when choosing an inverter.

The orientation, inclination, and component selection of the BIPV project are complex and diverse, so try to choose a string inverter with multiple MPPTs, so that the PV system has a better maximum power tracking advantage, and effectively copes with the above-mentioned disadvantages.

In the BIPV project, due to the requirements of aesthetics and maximization of benefits, different building areas will use different PV panels. For example, flat roofs use crystalline silicon panels, light-transmitting areas use photovoltaic power generation glass, and walls use thin-film PV panels. Therefore, it is necessary to select a suitable inverter for solution configuration according to the selected component materials.

If the component material is a crystalline silicon component or a cadmium telluride thin-film PV panel, you can use a photovoltaic inverter with a Transformerless topology and configure it in accordance with the conventional method.

If the PV panels use  a thin-film cell that requires negative grounding, since the panel is grounded negatively, the possibility of DC leakage and the potential safety hazards of electric shock for positive personnel are increased; therefore, it is recommended to use inverter with a high-frequency transformer topology.

Disadvantages:Inverters with high-frequency isolation topology occupies a small market share, making it difficult to purchase or even service;

Secondly, because of its internal isolation transformer power limitation, it is impossible to realize a single high-power product, which may lead to difficulties in the selection and configuration of large-scale projects;

In addition, due to the internal transformer, its inverter efficiency is low;

For inverters with Transformerless topology, in the thin-film PV panel solution, a frequency transformer must be processed at the output end; and the primary of the transformer is not grounded; three-phase transformers are recommended to use the “△, Y” connection method, and the end close to the inverter is “△” , The terminal of the distribution box is “Y” type connection, the neutral point can be connected or not (according to the actual situation of the site). The inverter is connected to the protective ground, and there is no electrical grounding; the capacity is recommended to be 1.1 times the rated capacity of the inverter.

Advantages:The inverter products of Transformerless topology are mature, easy to purchase, and the cost is relatively low;

Transformerless topology inverters are widely used, from 700W to 320kW each power section of the single product, the system configuration selection is simple. 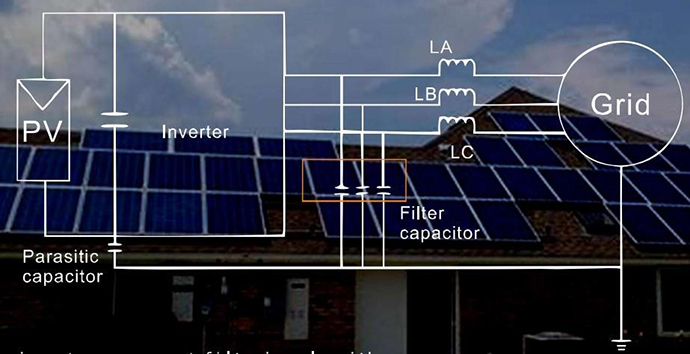 Therefore, inverters must have supporting functions such as AFCI and RSD to achieve active system protection and subsequent safe operation and maintenance.

BIPV project products make full use of the area of the building, which can effectively increase the power per unit area by 15-30%; and the development of green buildings is of great significance to society’s energy saving and emission reduction. Therefore, BIPV is undoubtedly the key direction of the later photovoltaic development, and we need to pick a suitable inverter and solution for its own characteristics.