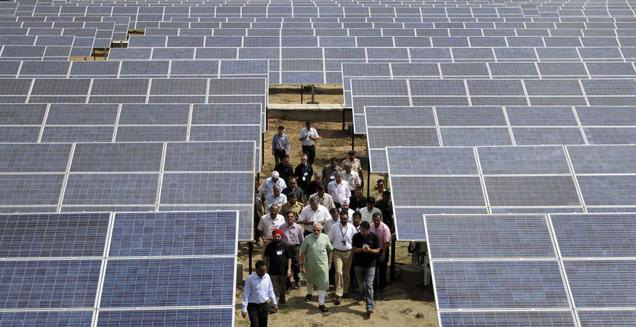 India is a home for around 300 million people living with sporadic electricity and also a country which receives the most amount of sunlight in a year. Hence it is said that the solar energy available in the country surpasses the possible energy output of all fossil fuels energy reserves. Solar is the only viable alternative today which can cease the global fuel repository battle.

In recent, global leaders have mulled on cooperation and extend solar technology mapping India into the kernel.  To refuel sentiments, the government has taken promising initiative to target 100 gigawatts(GW) of solar-based power online by 2022, a twenty-fold increase from current levels and also targeted US$100 billion of investment.

According to KPMG, solar prices are now within 15% of coal. If current trends hold, the consultancy predicts electricity from solar will actually be 10% cheaper than domestic coal by 2020.

To make things even more exciting, current trends continuing is a pessimistic scenario. Many expect solar to become much cheaper fast, while coal becomes scarcer.

“Solar is very competitive,” said Vinay Rustagi of renewable energy consultancy Bridge to India. “It’s a huge relief for countries like India which want to get more and more solar power.”

Solar technology is evolving, costs are coming down and grid connectivity is improving,” he said. “The dream of universal access to clean energy is becoming more real. This will be the foundation of the new economy of the new century.” 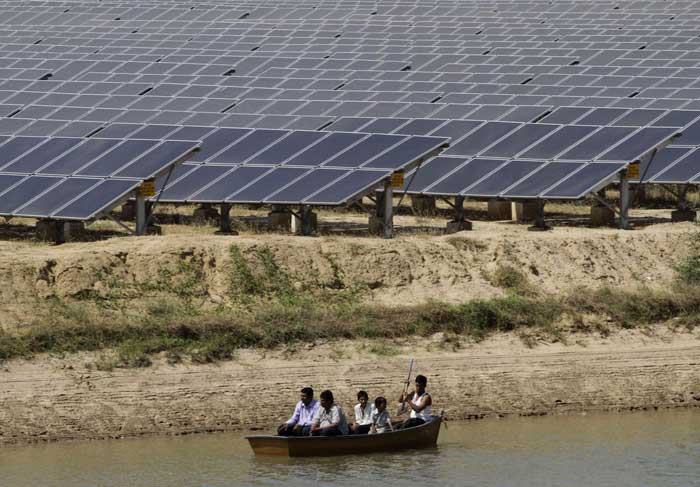 “What we are putting in place is an avant garde of countries that believe in renewable energies,” he told a press conference in Paris. “What we are showing here is an illustration of the future Paris accord, as this initiative gives meaning to sharing technology and mobilizing financial resources in an example of what we wish to do in the course of the climate conference.”

Coal currently makes up 60% of India’s energy consumption. To make matters even worse, India’s coal is generally one of the worst kinds, with a high ash content that releases dust particles, toxins and metals into the atmosphere. But Modi doesn’t want to phase out coal just yet – on the contrary, he wants to grow it alongside solar.

“It’s important to emphasize that coal is going to remain a crucial part of India’s future,” said Sasha Riser-Kositsky, an associate at Eurasia Group.

“The industry in general is fairly bullish,” said Anshu Bharadwaj, executive director at Center for Study of Science, Technology and Policy. “I don’t think they can ask for a better scenario.”