Zion Market Research has published a new report titled “Solar Panel Market (Monocrystalline, Poly-crystalline, and Thin-film Solar Panel) for Residential, Commercial and Utility Applications: Global Industry Perspective, Comprehensive Analysis, and Forecast, 2016 – 2022”. According to the report, the global Solar Panel Market accounted for USD 30.8 billion in 2016 and is expected to reach USD 57.3 billion by 2022, growing at a CAGR of 10.9% between 2017 and 2022. 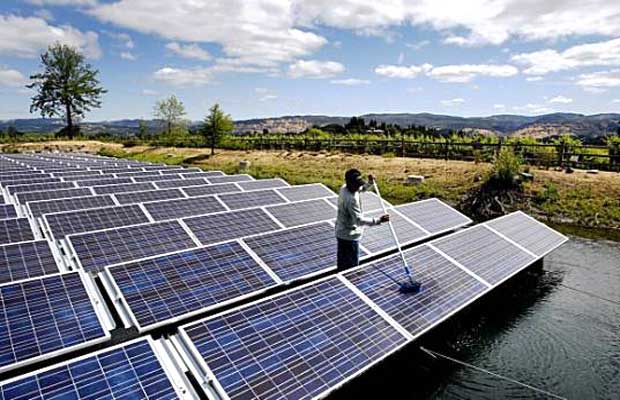 Global Solar Panel market is expected to witness positive growth within the forecast period on account of increasing government incentives for the adoption of renewable energy alternatives for power generation. A solar panel uses the solar energy to cleanly and efficiently produce electricity. For many years solar was considered as the main pillar of a future renewable energy based system. Demand for a solar panel is increasing prominently all over the world. By providing operations with renewable, clean energy from the sun solar panels reduces the amount of electricity generating from fossil fuels. The solar panel currently available in the market gives high efficiency and long-term warranties will increase the customer preferences towards renewable energy sources. Moreover, the technological innovations coupled with the commercialization of Solar Panel have also been aiding the growth of the Solar Panel market. Rising awareness about the benefits of Solar Panel and depletion of fossil fuels is expected to surge the demand for Solar Panel in the years to come. However, the high cost of installation and maintenance of solar panel is expected to be a major restraint for the global Solar Panel market. Technological advancements and favorable government policies to construct solar power stations are expected to provide growth opportunities for the key players in the market over the coming years.

Asia Pacific region dominates the global solar panel market in 2016 and there is little doubt that Asia’s market dominance will prevail. As Asia Pacific is expected to be the substantial growing regional segment for the solar panel market within the forecast period. Owing to growing urbanization and population explosion and low cost of the product, especially in countries like China and India, are expected to augment the demand for energy generation and construction activities in the region. In addition, the rising investment in clean energy research & development in the emerging economies is expected to further increase the demand for the solar panel. Furthermore, China dominates the Asia Pacific solar market throughout the forecast period. China and Japan alone were responsible for over 50% of newly installed capacity, is expected to augment the market growth within the forecast period. North America witnessed high growth and accounted for a second largest global market share in 2016. This trend is expected to continue within the forecast period owing to the government regulations in the region that promotes the adoption of solar panel. Residential applications generated the largest demand for the poly-crystalline solar panel in North America, owing to the prominence and high adoption of renewable energy sources in homes and buildings.

Latin America solar panel market is expected to witness fair growth over the forecast period. Brazil is the major consumer of solar panel in the region owing to the large industry and high awareness coupled with favorable government regulation & policies in the region. In addition, the rising population levels coupled with the tourism activities are expected to increase the demand for clean energy.

The Middle East and Africa have witnessed moderate growth as compared to the other regions. The major markets for solar in the region are UAE and South Africa. These countries have targeted solar panel to be the solution for the projected energy shortfall. Moreover, globalization and the heavy influx of expatriates in the Middle East, especially in countries such as UAE, Qatar, and Oman have increased the demand for infrastructural development to aid the tourist activities. These developments are expected to drive the demand for clean energy, subsequently aiding the growth of the solar panel market within the forecast period.