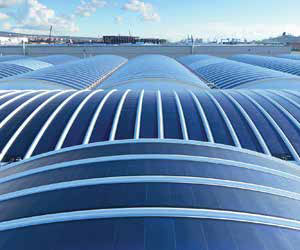 With a great deal of interest to improve the quality of solar power system due to fossil fuels rigorously getting drained, thin film solar cells market is speedily evolving with every passing year. Strong concerns regarding global environmental issues has brought a dramatic growth in the clean energy market, with solar energy at the pinnacle. Furthermore, the surging demand for electricity specially from off grid areas along with reducing renewable energy tariff subjected to the increase in competitive bidding will heighten the market demand in the coming timeframe. As per a report by Global Market Insights, Inc., “Global thin film solar cells market is expected to increase its revenue fourfold by surpassing USD 30 billion by 2024, having had a worth of USD 8 billion in 2015.”

Technological progressions along with a large number of promising energy conservation programs that have been initiated worldwide have resulted in a decline in overall component cost. These adopted initiations will act as a catalyzer for the overall growth of the market. In this regard, India is already a step ahead. In 2016, the country has launched a target of deploying 20 GW grid connected solar power projects in half a decade, which will finally result in cost reduction of solar power generation of the country.

US is one of the prominent regions which is actively involved in the market. Positive outlook toward relying more on renewable energy sources along with increasing installation of photo voltaic models is fueling U.S. thin film solar cells industry. Asia Pacific is expected to hold a considerable industry share in terms of revenue with China prominently driving the regional demand. China thin film solar cells industry accounted for more than 40% of the regional market in 2015 and will register a massive double digit growth rate of 15% over the forecast span. The growth can be attributed to the huge investment in the PV projects in China. UK thin film solar cells market covered more than 25% of the market share in 2015 and will cross 4GW power generation capacity by 2024, owing to the favorable government initiatives pertaining to sustainable energy production.

Market players are concentrating more on research activities to enhance the product quality along with improving the energy efficiency. However, lack of proper know how of the ongoing financial incentives related to non-conventional energy sources may act as a deterrent in the growth path of the industry. According to the research firm prominent participants of thin film solar cells market include Hankey Asia Ltd., Ascent Technologies Inc., Hankey Asia Ltd., Global Solar, Inc., and First Solar.