Women in Power Distribution the Game Changers in Rural Odisha

In 2012, Enzen Global Solutions Pvt. Ltd., an energy and environment firm, headquartered in Bengaluru, embarked on a journey to innovate the regional Power Distribution and Management business in Odisha, by actively including women, as the company believes in employment generation, along with social upliftment, across the geographies that it enters. A strategy to include women self-help groups to help in meter reading and bill collection as a part of innovation in the power distribution sector, was a first in the country. What happened after that is a fascinating story of how women transformed how operations rolled out and transformed the lives of these women. 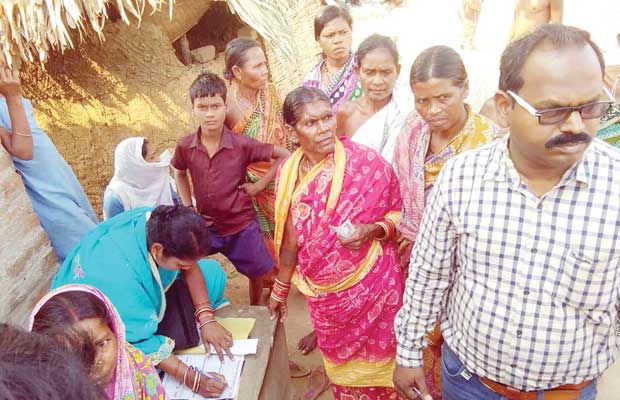 “I’ve been living here for more than fifteen years, and it was only when I had started working that I began to feel confident, self-reliant and that I deserve respect,” says Anupama Sahu. “Times have changed for good. These days, even women can do technical work if they work hard enough.”

Anupama Sahu, 33, used to manage a household of 7 in Patrapada, Odisha, with her husband being the only earning member of the family. She is one of many women, who became a part of Self-Help Groups (SHG), associated with Enzen. The women participate in electricity meter reading, generating and serving electricity bills, and collecting revenue from the consumers. “From 2009 to 2018, there has been an increase of 60% in my collection. The increase in numbers makes me happy as a working woman. It makes me feel like the work I do is contributing to the power sector,” says Anupama, with a smile on her face.

“Saraswati, can I check your meter reading now?” asks Subhadra, as she knocks on the door of one of the houses that fall under her purview. As she is a part of the local community, people are more open to her collecting their electricity dues. At 39, Subhadra Biswal and her husband are working hard to make sure that their son has more opportunities in life, and not just in their village, Mamooriya.

“My family was really happy when I started working. There was a training programme conducted by Enzen to familiarize us with the power reading mechanism, and the process of collecting the dues. Initially, people were surprised to see us women coming to take the readings and collect the money, instead of male meter readers. But now, people have stopped tampering with the meters, and incidents of power theft have also come down. Many times there are only women in consumer houses. During these times these consumers are more comfortable with women meter readers” she says. “I’ve been able to save some money. It makes me feel like I am financially independent. The process of dues collection, being a monthly affair, has also taught me the importance of punctuality and responsibility in life,” says Sujatha Sahu from Mamooriya.

Unlike Anupama and Subhadra, who were introduced to the programme by their friends and family, Sujatha had seen an advertisement for the bill-collection programme and decided to try working for it. “Initially there was a lot of heckling, and a lot of people were annoyed because I went to collect money. But now, the consumers have got used to seeing me and the company has also made sure that I am safe,” she says.

The empowerment of women in India has always required a multi-dimensional approach that addresses the different social structures that influence the lives of women in India, especially in rural areas. Women’s security, their decisionmaking power and their mobility are said to be the three major indicators for women’s empowerment.The programme introduced was designed keeping these important aspects in mind so that women could smoothly transition into a working life.

“The women were not accustomed to technology since the erstwhile method was manual collection of meter reading and bills and we were trying smart technology approaches. Initially some training and up skilling of women was a required effort which was happily undertaken. Having newly joined work, the commitment from women was initially an issue for some women with commitments at home. However, as we continued our journey together, and when the women realised the benefits of their economic independence, the performance issues went down to almost zero”, says FarukhGarari, from Enzen’s office in Odisha, when asked if has it been easy to onboard women, train them and work with them. “Women have brought more empathy in the relationship between consumers and bill collectors and that has definitely improved our customer relationship” 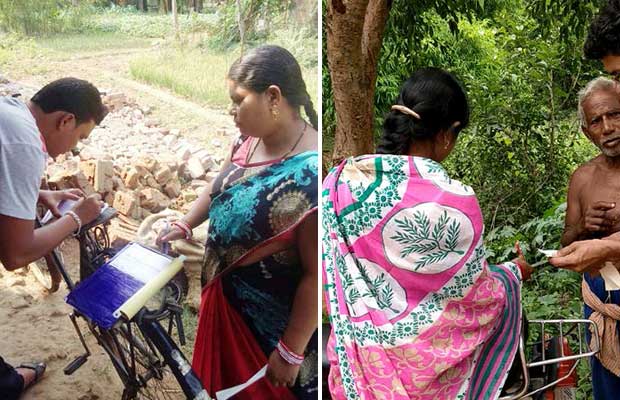 “We have also started to identify women who have managerial capabilities and started providing them with more job responsibilities which have led to better performance. For example, Chendipada sub-division, where commercial operations are handled predominantly by SHGs, has outperformed its commercial targets by significant margins, resulting in the sub-division getting additional financial incentives.” says Farukh.

UN guidelines state that the empowerment of women comprises of five components: women’s sense of self-worth; their rights to have and determine choices; their right to have access to opportunities and resources; their right to have the power to control their own lives- both within and outside their homes; and their ability to influence the direction of social change, to create more just social and economic order at both national and international levels. These are the values that were embraced, as women entered the micro-franchising of billing and collection programme.

“Before the programme was launched, there was a lot of power theft and tampering of meters in Odisha. People were reluctant to pay their dues on time. The men who went to read the meters were treated by the consumers as hostile entities. That was when the company decided to try micro-franchise collection through female self-help groups in Odisha,” says Debabrata Rout, the Head of Power Distribution, India Operations at Enzen, with over 25 years of experience in the distribution sector. “The inclusion of women has been a game changer in the rural power distribution sector. People have now got used to seeing the women working hard at jobs that were previously done by men. The local community is generally receptive towards local employees serving them. As a safeguard, the female employees are supported by providing them access to linemen and staff accompaniment, in areas which are deemed unsafe.

Women have definitely contributed to the success of collection operations. In some areas, collections have increased to almost ten times the older amounts. Along with the success of the programme, the experiment has definitely been a social success, leading to women empowerment,” Mr. Rout adds.