The Government’s recent announcement of 18% tax rate under the new indirect tax regime for solar module was the biggest surprise for the power and renewable sector. Looking into the uproar and dissatisfaction in the industry the government seems to have changed its plan and working on settling the incongruities in the new regime. The government is gearing up to bring down GST rate on solar panels or modules to around 5 per cent as against 18 per cent declared earlier. Revenue Secretary Hasmukh Adhia recently replying to a query on twitter said – All “solar equipments and its parts would attract 5% GST only.” He said an official clarification in this regard may be issued when the GST council meets next.

GST Impact We reached out to Solar Industry veterans with our questions to understand their point of view on the new GST. 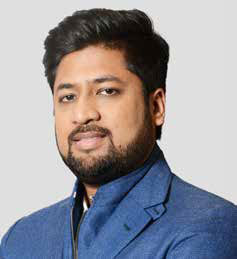 Gyanesh Chaudhary- MD & CEO, Vikram Solar said- renewable energy sector, especially solar has high expectation from GST that it will support the sector and help it to mature from the nascent stage it is currently in. We had anticipated that new GST regime will maintain status quo for solar power plants, but the current regime will impact the tariff from for ongrid and off-grid systems considerably. We believed that Government will retain tax exemption facilities that solar used to enjoy before GST implementation. He further added new rates would hit more than 10 GW of ongoing utility scale projects and pose a threat to their viability. As India is trying to phase out fossil fuel, financial incentives are required for the industry at this stage. The solar tariffs are continuously falling, and solar module prices have reduced more than 80 per cent in a decade. In this scenario, imposing taxes on solar sector will slow down the solar growth and increase the tariff.

Rahul Kapil, Operation VP and Director, LERRI Solar Technology on the other hand said- I do not see much negative impact of GST on the business and Clean Energy drive in India has motivation from:-

ii. Requirement of Clean energy for today and future generations

iii. Reduce the dependence on Crude for energy requirement

iv. It will also have boost from the proposed government vision to use electric Vehicles in India in place of present dominance of Petrol/diesel vehicle. Clean energy (Solar PV/Wind) can be a reliable and sustainable source of energy for electric vehicle even in remote of off grid locations.

Bridge to India in its latest report notes that 5% GST rate for solar modules sounds reasonable and consistent with government guidance leading up to the rates announcement. The new tax regime will result in effective rate of indirect taxes to go up from zero to 5% on solar modules and around 3% on engineering and construction services. Impact on inverters is still not clear. The firm estimate that the total project capital cost will now rise by about 4%. The consulting firm further in a statement said that it believes the revised rate structure will not have any material negative impact on the industry because of the buffer afforded by sharp fall in equipment costs. It will allow project developers to proceed with construction. Some developers may still file compensation claims but many of them might simply absorb the additional burden to avoid scrutiny of sensitive commercial information.

Replying to our query if GST will cause significant disruption to the solar sector, Gyanesh Chaudhary said – this is what we are concerned about. Removal of tax exemptions that solar industry currently enjoys, would certainly increase the tax component of the procurements, thus making green energy projects costlier than conventional ones. Additionally, statutory forms that used to offer a concessional rate of 2 per cent in case of inter-state purchase of electricity generating goods are expected to go away in GST regime removing concessions for solar equipment, leading to increase in taxes. As easy financing options and loan sanctioning processes in India for solar projects are still not fully functional, added tax would deal a blow to the solar growth. 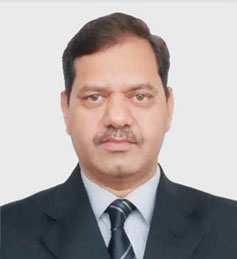 According to Rahul Kapil in the initial phase of implementation it may have some negative sentiments, he added- I think it will be absorbed with time and will not be a disruption in the solar sector. In big projects with PPA, cost escalation due to GST will be adjusted in the unit rates and future bids will accommodate the same. I see a challenge in the case of small roof top (KW scale off grid) projects. GST will increase the cost for them and which may reduce the popularity/acceptability of the solar PV.

Answering to our question will the new rate structure give any advantage to domestic said Chaudhary– Although, Government is assuring that solar industry, especially solar module manufacturers will not be affected by GST rates, it is evident that with added tax burden will be unfavorable for the domestic solar industry and make it difficult for us to compete with foreign competitors. Currently, Indian solar industry enjoys waiver of import duty, 0 per cent tax, no VAT in many states. If GST rates (5 percent on modules) are implemented, it will surely reduce the number of opportunities in this sector. And although the rates have been shifted from 18 per cent to 5 per cent (according to the recent announcement by Revenue Secretary at the Ministry of Finance, Mr. Hasmukh Adhia), it is still a considerable amount of tax, considering that Indian solar sector enjoy 0 per cent taxes previously. 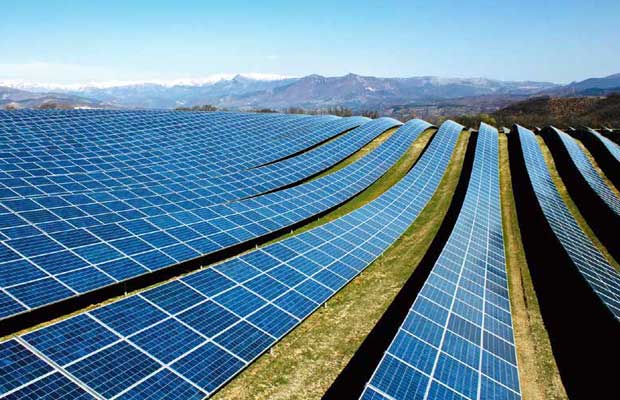 Kapil citing latest report on the updated GST rates said if rate of GST is maintained @5% in the final vetted GST rate schedule then it is not at all going to have any –ve impact. Today already many states have VAT @ 5 on solar modules. He added it is a welcome step by government and also looking forward to have better clarity on BCD and Cess which is exempted today.

When asked about the Industry expectation from MNRE to boost the solar industry, Gyanesh Chaudhary- MD & CEO, Vikram Solar said- the Ministry of New and Renewable Energy (MNRE) has repeatedly assured the industry that solar will be safe form GST impact as it will pass the burden through the offtakers. However, this is becoming more and more evident that solar is going to become costlier with GST implementation. It is critical for MNRE to become the moderator between central and state regulators to make sure that the tariff adjustment process works fine and in favor of the Indian solar industry.

Chaudhary further noted -while we understand that becoming a commercially viable and non-subsidy dependent is going to be the future for Indian solar sector, the path towards achieving it should be a smooth one so that solar becomes sustainable in the long run. However, at this early age, solar sector needs financial support and Government backing to solidify its foundation. So, an increased focus on domestic manufacturing and flexible financing solution would be helpful for the sector to grow and spread light to the furthest corners of the country added Chaudhary. Rahul Kapil, Operation VP and Director, LERRI Solar Technology on the other hand said – MNRE shall bring clarity on the effect of GST and how it will accommodate the projects under execution or in pipe line. He added more importantly MNRE shall keep supporting with subsidies and nullify the effect of GST on small KW (Off grid) solar project. This will help to create acceptability and reach of solar to individual house.

The industry is still in talks with the Government as there is some confusion around the new GST. Few refrained themselves from speaking about it while others like Vikram Solar, LERRI and Tata Power came forward talking openly on the new tax regime. We believe that if solar equipments and its parts falls under 5% category, it will help in boosting the morale of the Indian manufacturers and give them the spine to stand tall against the dragons whose tale are quite often shared these days by the industry in Europe and America.