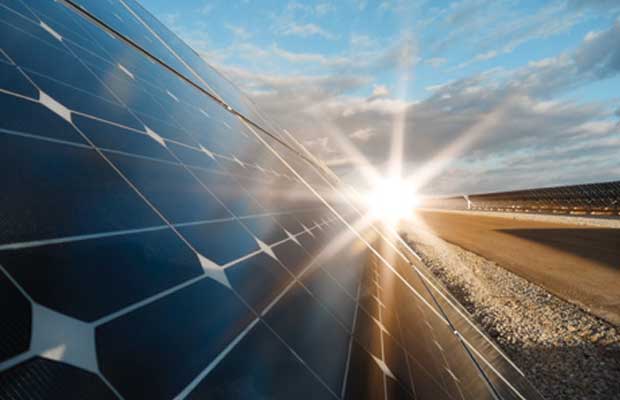 Most economic principles rely on the fundamental fact that both demand and supply exist and a market’s primary role is to bring this demand and supply to an equilibrium. However, demand is a summation of both Effective Demand (known) and Latent Demand (to be realized) and supply side incentives rarely work in the long term to effectively capture the full potential of the market. 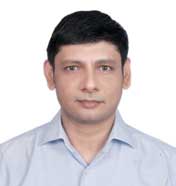 From the perspective of the Indian power sector, policies which focus only on supply side incentives and do not push enough for creating and meeting the demand, are the main reason for the chaos. Let us see the analyse these implications from the view point of the power sector in large and the solar sector in India.

India’s power sector is facing conundrum of low per capital and high latent demand for a long time now. Inspite of being the 2nd most populous country with more than 1.3 billion people, India’s peak power demand stands at ~1.71GW against China’s peak demand of ~10GW (many developed countries with significantly lower population have higher peak demand than India).

Moreover, equally worrying is the growth of demand as well as sharp reduction in deficit over a period of 10 years.

Now, what could be the fundamental reason for this mismatch? Enabled by the infamous Enron fiasco and deteriorating situation of India’s power sector, Govt of India initiated bold reforms in the Electricity Act 2003 which largely delicensed the Generation act and planned phase wise opening of the distribution sector for private investments. At the time of introduction of Electricity Act 2003, India’s generation capacity stood at Value unlocking by creating demand and not just supply-side incentive or protectionist policies ~105GW which is now 356GW in less than 17 years. Similarly, India’s renewable energy capacity was just 1.6GW in 2003 (excluding Hydro) and is now 77GW and is increasing by leaps and bounds every year.

It is quite evident that although Electricity Act 2003 was largely successful in eliminating electricity deficit in the country, it has not been as effective in catalyzing the growth of the sector. And the most probable reason for the same is half baked reforms which did not open the other end of the market – the Distribution segment.

Political interference kept cost of electricity to a large segment of consumers much below the Average Cost of Supply whereas burden being borne by bulk consumers which largely belonged to the manufacturing and industrial segments. This has impacted the landed cost of tariffs for industrial consumers which are today one of the highest in the world in turn making manufacturing in India unviable in the face of global competition.

Electricity Duties and Taxes applicable on purchase of power).

Now, it should not be considered that the distribution reforms were not initiated or failed to gather steam. In 2011, the then Attorney General of India issued an opinion on Electricity Act 2003 that all the consumers with a demand of 1MW and above would be deemed to be open access consumers and regulators will have no jurisdiction over fixing of energy charges for them. This effectively meant that all 1MW and above consumers will have to bilaterally negotiate tariffs with a supplier of their own choice.

This would have brought all the bulk consumers out of regulated regime of high cross subsidies. Though there would have been a tariff shock for the rest of consumer categories but it would have normalized over a period of time.

If this regime would have been implemented at that time, Indian Power Sector would have been in a much better position today with significantly lower cost of power across consumer categories and much reliable power.

Nevertheless, today the Indian power sector stands exactly opposite to Telecom’s success story where we pay one of the lowest call/data charges in the world.

India has always been more comfortable with ‘incremental’ reforms as it suits the democratic statute and Ministry of Power has been trying to introduce a slew of reforms to help the discoms (not necessarily consumers) to bail them out every 3-4 years.

There can be a permanent solution to the issues of the Indian power sector and those lie in improving the ‘Demand’ which is a direct function of ‘Tariff ’. Unless the Government effectively segregates the Wires (carriage) and Supply (content) business which will dilute the monopoly of Discoms on Consumers, there is a very limited possibility of any significant turnaround in the country’s power sector. Multiple Supply Licensee in a supply area shall enable the private sector to bring capital wherewithal, technical knowhow, and best business practices across the world to be able to offer lowest possible tariffs to attract consumers.

In summary, we can say that largely focusing on Generation (more of supply side incentive) and neglecting the creation of enough demand for electricity is the root cause of problems being faced by Indian Power Sector. Hence, there must be corresponding demand side measures to complement the demand side measures.

Enabled by consistently falling cost of renewable energy, we are at an inflection point of building a fledgling power sector in the next decade to come. This is to be noted that as contribution of cost effective solar and wind power increases in the power procurement mix of discoms, average power purchase cost (APPC) is likely to reduce significantly.

Markets have played a huge role in reducing the cost of RE as reverse auctions led to a consistent fall in prices. It is imperative to note that reverse auction in the solar sector started way back in 2010 when the tariffs were at Rs 17/kWh and over the years have fallen to less than Rs 2.50/kWh in some of the recent auctions.

While there is no second opinion on the success of markets in bringing efficiency, policy makers in solar have started imposing duties/taxes in a bid to promote domestic manufacturing. SGD for example was initially levied @25% on in 2018 and then reduced to 20% in 2019 and now extended @15% for the next year.

However, these impositions have not been able to make any significant improvement in domestic manufacturing capabilities. It is to be noted that while India’s domestic module manufacturing capacities stands at 11GW (3GW for Cells) this year, the China Photovoltaic Solar Association (CPIA), an industry body of solar manufacturers in the country, has announced that manufacturers in the country churned out 15.7% higher production of solar panels, at 59 GW in the first six months of this year (a year of Covid induced slowdown!)

To compete with chinese solar module suppliers in terms of quality and scale, India needs domestic manufacturing capacities of a global scale. Providing supply side incentives and tariff barriers i.e. SGD and BCD lead to sub-optimal scales which depends only on demand created to the extent of imposition of duties and taxes. However, if the Government focuses on reducing the cost of domestic manufacturing for modules and cells through means of cost subsidies and cost of financing and reduced cost of electricity for industries, domestic companies can bring scale and competitiveness to beat China’s global dominance.

To summarise, it can be said that while supply side incentives are easier to design and implement than creating actual competitiveness, they fail to produce desired results in the long term. Hence, it is strongly recommended that policy makers should move from protectionist policies to embrace free market principles in both Indian Power Sector and Solar sector for long term viability.

Tags: Aditya Malpani, AMP Energy, Discoms, Electricity, Ministry of Power
"Want to be featured here or have news to share? Write to info[at]saurenergy.com