India is the third largest producer and consumer of electricity worldwide. But it still has one of the lowest per capita power consumption (1,181 kWh) as compared to the world’s average per capita power consumption, which stands high at nearly 2,700 kWh. Because of this, our nation faces the challenge of ensuring sound financial health of the power sector, which is currently dealing with a unique challenge, wherein there is surplus power generation capacity but adequate distribution infrastructure is lacking. This leads to lower utilization of power plants and increased losses in power distribution sector, which brings in liquidity stress in the sector. 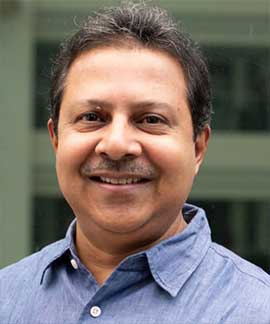 The country is currently grappling with the effects and impact of COVID – 19 hurled across sectors in these trying times. As power comes under essential services and is exempted from the effects of the nationwide lockdown, the utilities across the country have strived to providing interrupted supply to all customers. But due to nationwide lockdown the industrial consumption has been subdued leading to average Plant Load Factor (PLFs) of thermal power plants declining to 56.08 per cent for FY20 compared to 60.30 per cent for FY19. Apart from this the sector now faces an aggravating problem of poor financial performance of Distribution utilities (DISCOMS), which are now faced with dual challenge of subdued demand from Industrial & Commercial customers and lower collection efficiency during the lockdown. It is now imperative to address these issues at earliest to boost the economy.

One such development to ease the ongoing menace, is the structural reforms proposed, through the announcement of the Draft Electricity (Amendment) Bill, 2020. This Bill has reinforced the spirit of Electricity Act, 2003 and has suggested measures for the development of the sector.

The key focus lies on promoting competition, protecting interest of consumers and universal access to electricity, tariff reforms, transparent subsidy management and promotion of renewables. The key initiatives are the reforms towards cost reflective tariffs, shift towards a Direct Benefits Transfer (DBT) mechanism for transfer of subsidies to customers, more powers to the Distribution Franchisees and Distribution Sub-Licensees player which will be now recognized by the regulator and notification of a National Renewable Energy Policy. All these measures, if implement effectively, has the potential to transform the electricity sector in India and usher in socio-economic development for the citizens.

In order to make the reforms more effective, certain recommendations can be taken into consideration by the Ministry of Power. This will play a big role in introducing competition and bring in technology & innovation in last mile electricity service to provide clean, affordable and reliable electricity to all citizens.

The idea of introducing decentralized distributed generation systems will pave the way for innovation in rural remote areas and help in providing affordable and reliable electricity to all customers, through integration of off grid and grid electricity technology.

Distribution Sub-licensee can add an interesting dimension to the industry structure in last mile electricity distribution supply and can empower the customers. This mechanism if implemented with full effectiveness can bring in multiple players operating in the same licensee area offering, the much needed, electricity service choice to customers. It also offers a huge scope for bringing in newer players into electricity supply business who can leverage technology and bring in novel customer centric practices in electricity service. To make the concept of Distribution Sub-licensee effective, the model structure, detailed guidelines and responsibilities may be clearly defined, either in the Act or in the subsequent guidelines issued by authorities.

Currently, different models and terms & conditions are being followed for the appointment of distribution franchisees across states. This has in turn led to mixed outcomes of success and failures of the franchisees. To increase competition, the distribution franchisee agreements should be drafted in a manner, so that the risks and incentives are aligned to provide a win-win proposition to Discom, Private sector and Customer. A similar initiative has been taken by Ministry of Power in the past, wherein a standard set of business models and bidding documents, was provided that served as an effective guidance to States for adopting distribution franchisees in the states.

Introducing Smart Grids and associated technologies e.g. smart meters and grid resilience, will attract investments in technology and innovation, that will contribute to providing affordable and reliable electricity to all customers.

Undoubtedly, India has made massive gains in the power generation sector, to the extent of becoming a power generation surplus country. But the battle is far from over. To achieve its aim to ensure 24×7 power supply to all, the government needs to focus on developing a sustainable and robust transmission and distribution network as electricity is the driver of India’s development goals.

It is also critical to keep tariffs at optimum levels to benefit rural citizen of the country. At the same time, the government also has the 225GW renewable energy mission which, again, will depend on the creation of a robust, cost-effective network. So, while the government has been quick to act, by introducing structural reforms through this Amendment Bill, the effectiveness depends on implementation of the measures by the states, which is a challenging task.

This amendment bill has the potential to transform the electricity sector in India and now is the opportune time – On one hand, promoting renewable energy to achieve 175 GW target by 2022 and on the other hand introduce reforms to make the last mile electricity distribution supply viable. Together, the country now has potential to meet SDG-7 Goal of providing affordable, reliable, and modern energy services to all citizens.