The Gospel of Distributed Energy Storage 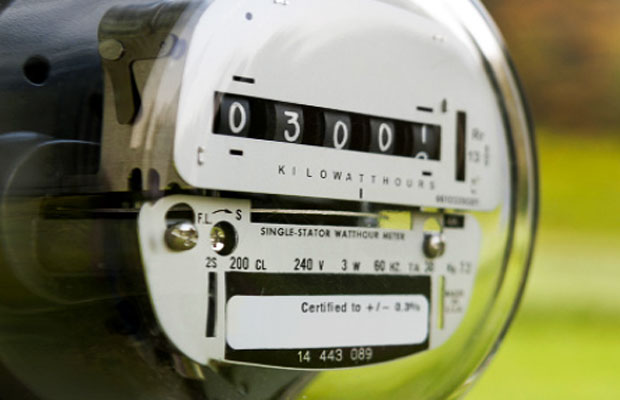 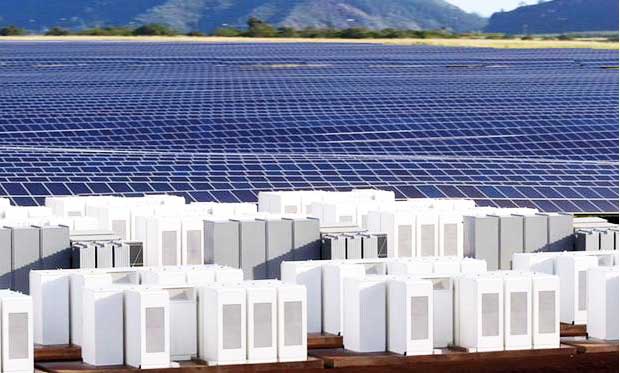 The plunge of storage cost is vowing solar capacity to catalyze a paradigm shift from net metering to distributed energy storage. Implementing a system composed of a web of distributed PV collocated with energy storage capacity would have numerous benefits to consumers, the grid at large and the environment. In essence, a grid rich in PV and storage would allow for increased solar capacity without increasing the potential for grid disruption.

Electricity storage is a three-step process that consists of drawing electricity from the grid, storing it and returning it at a later stage. It consists of two dimensions: the power capacity of the charging and discharging phases, which defines the efficiency of the storage system to withdraw or inject electricity instantaneously from or into the grid; and the energy capacity of the storing phase, which measures how much energy can be stored and for how long. As a consequence, electricity storage has very different uses, depending on the combination of the power rating and discharge time of a device, its location within the grid and its response time. Globally Energy Storage Technologies are expected to play a crucial role in shifting to large scale renewable energy. They can help manage the problems of fluctuating generation and regulating generation to match demand. All major economies have specialized focus on this area. Mckinsey has identified storage technologies as one of the 12 most important technologies for future. India’s energy systems face multiple challenges such as – Constrained transmission and distribution capacity, Large unmet energy demand, Low energy access in rural areas, Continuing dependence on coal based generation adding rigidity to the system.

While the specific drivers to develop energy storage markets vary by region and market segment, the overarching goal of ESS deployments is to make the electricity grid more efficient, resilient, secure, cost-effective, and sustainable, as well as to expand the menu of available electricity market services. Utility-scale refers to systems installed on transmission or distribution networks providing services to grid operators. Behind-the-meter (BTM) systems are installed on the customer side of a utility meter and primarily help reduce costs and improve resiliency for commercial and industrial (C&I) or residential customers. Remote power systems refer to storage systems operating as part of isolated electricity networks. The specifics of each market segment are covered in the following sections. The varying drivers and barriers for energy storage around the world stem from numerous factors, including differences in the physical structure of the grid, needs and desires of end users, and the regulatory and market structure in a given country or region. Since the impacts of particular distributed energy resources (DER) on the grid vary considerably by technology and region, it is necessary to understand the factors shaping the ESS market in each area, as well as the differing views in utilities around the world on the proliferation of new storage capabilities. The following sections explore some of the key issues in energy storage markets for developing countries around the world. Greater detail is also provided for the services that ESSs can offer as well as for the emerging business models and dynamics that are fueling the industry’s growth.

To date, backup power has been one of the major selling points for energy storage. Both distributed customers and utilities are interested in utilizing battery systems in homes to improve the resilience of their power supplies and to help mitigate the effects of power outages caused by natural disasters or grid equipment failures. To enable an adequate supply of backup power, the sizing of an ESS is crucial. If there is too little power or energy capacity (measured in kW and kWh, respectively), the system will not be able to support critical loads during an outage. However, an oversized system will be prohibitively expensive compared to alternatives. The ability to provide backup power is particularly key to the value proposition of battery storage systems. While controllable water heaters and other forms of thermal energy management can reduce electricity costs and can provide some services to grid operators, they will not be able to provide power for critical loads during an outage. In large BTM energy storage markets, such as the United States, the main driver for these systems has been the ability to reduce electricity expenses. This is primarily done by reducing peak demand and time-of-use (TOU) rates. Demand charges are charges levied by electric utilities based on the maximum electricity demand of a customer over a period ranging from 15–60 minutes, typically over an interval of 30, 60, or 90 days. These charges may then stay in place for 30, 60, or 90 months, and such charges can account for a significant portion of a C&I customer’s bill. Since energy cost management is the primary function of energy storage for C&I customers, utility rate structures are expected to determine the economics in a given market. The higher and more volatile electricity prices and demand charges are for C&I customers, the better is the business case for energy storage. A key component of the energy storage value proposition in developed and emerging markets is consuming the majority of energy generated by onsite solar photovoltaic (PV) and other distributed generation (DG) systems. In most developed countries, the compensation structure for solar PV discourages the use of ESSs because PV system owners are guaranteed payment for any excess energy that their system generates at a rate that is equal to or higher than the retail cost of electricity. While energy storage can deliver a range of services of value to the system, these are rewarded in a number of ways that vary depending on the characteristics of the stor-age technology and who receives the benefit. These include;

Despite being able to deliver much-needed flexibility, there is currently no single market for flexibility services. Providing a holistic framework to allow storage to be valued at competitive rates of return should be the priority for policy makers if we are to have a healthy storage market by the 2020’s.

In addition, existing support schemes are noticeably shorter than the operational lives of batteries, which presents a challenge for investors. As an example; while 34 out of 37 bidders for the recent EFR auction were using battery technologies, the four-year contract period is only around half of a Lithium-Ion battery life.

The resulting lack of certainty of returns throughout the asset life means that investing in storage is more risky than other approaches to the DER market. We note, however, that market sentiment and the projected growth of battery storage in the UK shows a level of confidence in batteries despite these risks.

The Need for Cost Reduction

Investment in battery technology is expected to drive significant cost reductions. As an example, our analysis of projections for the most common technology, Lithium-Ion, shows prices could decrease by up to 60% before 2020. 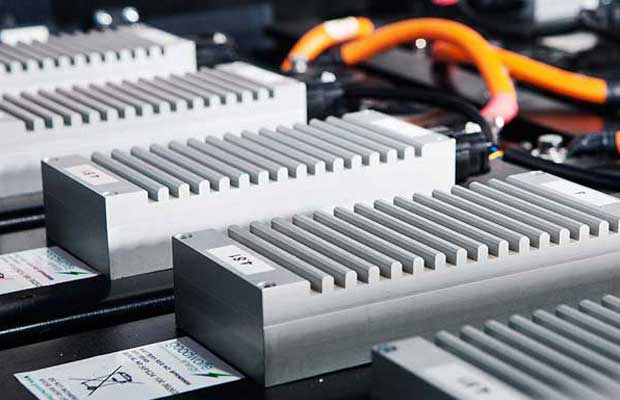 One of the key drivers of these price decreases is economies of scale. Tesla’s Gigafactory (which is key to the success of their in-home Powerwall) is expected, by 2020, to “produce more lithium ion batteries annually than were produced worldwide in 2013”. These price decreases will support growth in the B2B market, and allow Powerwall, and other in home battery solutions (e.g. Powervault), to expand to target B2C customers. Research shows there is a need to educate residential customers about the benefits of home storage and smart devices, the success of these new offerings across the global residential market especially in developing countries which is heavily dependent on changes to the current regulatory system. The big unknown will be how individual utilities embrace the technology. Will they see self-consumption as a threat to their business? Or will they treat distributed batteries like a resource that can help balance the grid when aggregated? 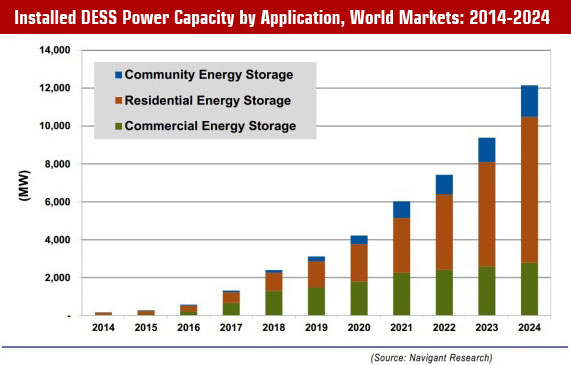 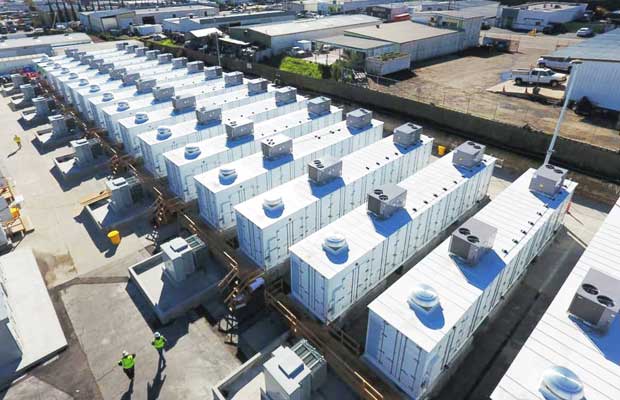 “Distributed energy storage markets have grown significantly in the past 2 years as grid operators, utilities, and governments have put in place market signals to encourage storage installations that are physically situated closer to the retail electricity customer,” the report’s authors write. Innovations, controls, inverters, and other technologies have also helped grow these markets.

Similar report projects that grid-scale energy storage is expected to pass $68 billion in revenue between 2014 and 2024. One of the primary reasons for growth in this storage sector, however, comes back to the rise of distributed generation, and the need to balance loads as a result.

‘Storage’ – A Cost and Adoption Affinity

Batter capable of storing Utility-Scale will rule this decade, with falling price of solar panel will back this revolutionary market. BNEF forecasts the energy storage market may be valued at $250 billion or more by 2040. It expects 25 GW of the devices to be deployed by 2028, about the size of the small-scale photovoltaic industry now. The findings in the researcher’s New Energy Outlook indicate a further challenge to the traditional utility business model, where power generation and distribution are monopolized in a single company. Energy storage devices can be used to smooth out variable power flows from wind and solar plants, reducing the need for large, centralized generation plants fired by fossil fuels. “Batteries will get a boost as costs drop and developers see the chance for lucrative new revenue streams,” said Julia Attwood, storage analyst at Bloomberg New Energy Finance. “Batteries could offer a whole range of services to the grid — they have the flexibility that will allow renewables a larger stake in energy generation.” A mere 1 GW of batteries are operating on the grid around the world. By 2040, the industry will mushroom, storing and discharging 759 GWh, BNEF estimates. The spread of electric cars is driving up demand for lithium-ion batteries, the main technology for storage devices that are attached to utility grids and rooftop solar units. That’s allowing manufactures to scale up production and slash costs. BNEF expects the technology to cost $120 a kWh by 2030 compared with more than $300 now and $1,000 in 2010. That would help grid managers solve the intermittency problem that comes with renewables — wind and solar plants don’t work in calm weather or at night, creating a need for baseload supplies to fill the gaps. Today, that’s done by natural gas and coal plants, but the role could eventually be passed to power-storage units.

US SEC Initiates Investigation Against Tesla Over Disclos...