At the time, taken as a region, the Southern Region accounted for 15 GW out of a total capacity of 35 GW of renewable energy as of March 2014, not including large hydro. The North and West together added up to 19 GW. Today, as per the Central Electricity Authority’s April 2022 report, the share of the Southern Region in total renewable energy capacity stands at 47.3 GW out of 111.3 GW. Thus, in percentage terms at 42%, the share has barely budged. But in reality, the period since 2014 to present day  hides a tale of strong growth, slowdown, and now, priming for a second phase of growth again for South India in particular. The story of why the South did better, the strong emergence of Gujarat, Rajasthan since 2020-21, and the slowdown in the South is well worth knowing. In fact, the share of Southern region actually peaked at almost 50% in March 2019, before dropping back to 42%, thanks to the reasons we will explain as well as the much awaited ramp up in North India, particularly Rajasthan finally. But now, South India is back, so let’s dive right in.

China, Europe Will Lead World To Record-breaking RE Capacity In 2022
Also Read

It needs no elaborating why the South matters. Not only is the region well ahead of most of North India on key metrics including income and state GDP’s, the fact is that many of the key Northern states, notably Uttar Pradesh, Punjab, or even the large Eastern States like Bengal, Bihar, Jharkhand and Odisha, have lagged miserably on their solar targets, leaving the heavy running to West India and the South. 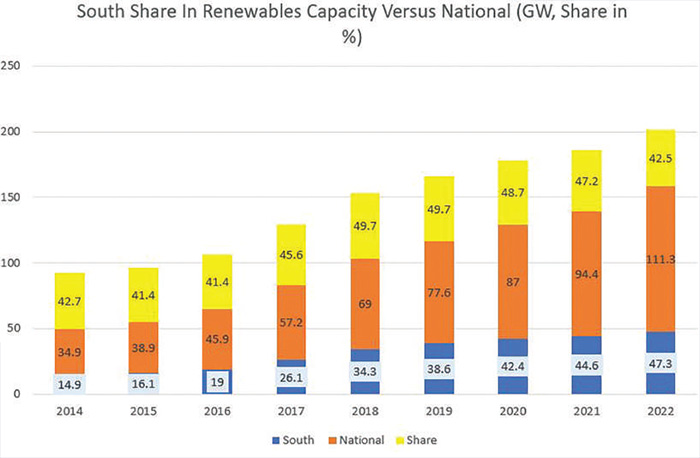 As Vineet Tyagi (Sales Head), Insolation Energy says, “there are many states that have yet to catch up in the race. States like Uttar Pradesh, Bihar, Haryana, Punjab, and Uttrakhand have lot of work to do to meet their RPO objectives. Lack of political will, regulatory roadblocks, net metering Limits, inconsistent policies are few of the reasons of these states not meeting the renewable energy targets.”

There is a good reason why South India did so well, and was faster off the blocks. Blessed with long coastlines for wind energy, and enough irradiance for solar, the key states of Karnataka, Tamil Nadu and Andhra Pradesh all host enough industry too. This is unlike the laggard states in the North, especially UP, Punjab and Haryana, which remain well behind on their renewable targets even today due to low corporate demand. 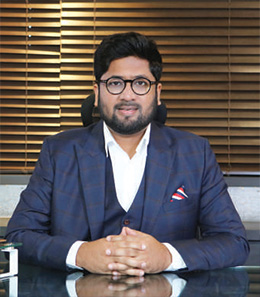 That is one reason why Gyanesh Chaudhary, Chairman and Managing Director of the Kolkata based  Vikram Solar, a top 3 module manufacturer in India for a long time now, picked Tamil Nadu when it came to their expansion plans. “At Vikram Solar, in addition to our existing 1.3 GW PV module facility in Oragadam, Tamil Nadu, we are seeking to establish a new integrated facility of 2 GW in the state for manufacturing of solar modules having full backward integration with solar cells.

With well-developed  infrastructure, road, rail network, ports and airports across the state providing excellent connectivity, power and other utility benefits, it makes for an attractive investment destination. We believe that Tamil Nadu can become a global solar manufacturing hub”.

By 2019, the share of Southern Region in India’s total renewable capacity peaked out at 49%, with Karnataka and Tamil Nadu leading the way.

The period after 2019, when just over 8.7 GW was added in the Southern region, was marked by a slew of issues that came up in the key states.  By 2020, curtailment of renewable power generation was a real problem, threatening to become the biggest roadblock to growth. Caused by low demand growth as well as higher renewable capacity, states like Tamil Nadu and Andhra Pradesh found themselves facing flak for curtailment, leading to slowdown in new projects  starts too. Karnataka, which had the highest share of renewable energy as a share of total capacity, found itself facing issues of grid stability as well as higher costs, on projects  bid out and awarded during 2014-17, when feed in tariffs were still in force in most cases.

Andhra Pradesh, where a new state government under Jagan Mohan Reddy took charge in 2019, and on July 1, 2019 issued an order that directed a high-level committee to renegotiate 41 PPAs with renewable energy companies. This action started a chain of events leading right up protracted legal fights and a pause on new renewable capacity, till the Andhra High Court closed the issue by reaffirming the sanctity of the PPA’s in March this year. A solo effort by the state government to run its own auction and tendering mechanism was also set aside for not complying with the laid down processes. After these setbacks, the state government, to its credit, has got back on the path to normalcy by signing up for PSA’s with SECI, that have enabled a lot of the stuck solar pipeline to start moving again. As a key consumption and generation state, Andhra’s action definitely killed what remained of the growth momentum between 2020 and 2022.

Finally, some players have highlighted the role of political equations, with two of the key states, Tamil Nadu and Andhra, besides Telangana, ruled by regional parties not always on the same page as the centre. That has shown up in the issue of political will to wade into issues linked to discom dues, or in the worst case, confrontation on established contracts even as Andhra did.

So what has changed again? Renewable energy, particularly dropping solar prices have been by far the key reason why Southern states are gearing up aggressively for the next phase of growth. With prices expected to stay below Rs 3 well into the future, and thermal costs rising again due to global price shocks, the business case is strong. More importantly, the addition of newer possibilities like Green hydrogen manufacturing have made these states reconsider their earlier worries of too much renewable capacity, too fast. The return of demand growth for power has also been a great help.

Just consider the MoU’s being signed at Davos this month, to get a sense of why these states remain attractive bets for key players. While the Adani Group has signed up for a Rs 60,000 crore plan for green energy in Andhra Pradesh, Renew Power has done the same for investment plans worth Rs 50,000 crore in Karnataka, besides Maharashtra. These are plans that may or may not proceed as MoU’s in India tend to, but these are all built around massive investments into storage, renewable energy and other green technologies.and indicate the states these corporates believe can actually deliver. With the significant advantages the South offers in terms of skilled workforce and growing demand in the C&I segment in particular, the next growth phase is well within reach. 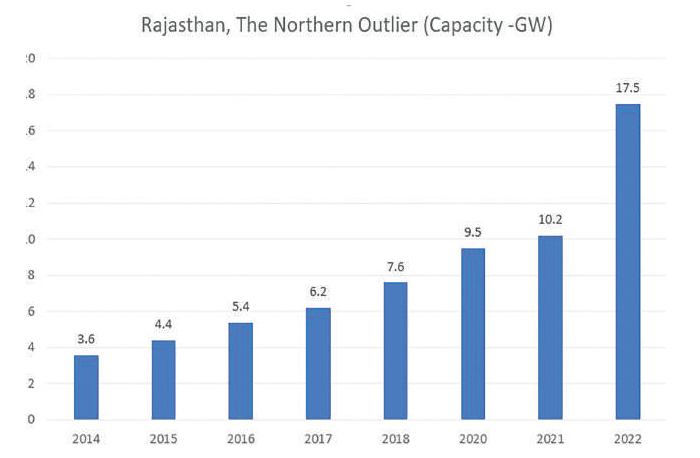 An easy indicator of the new confidence is the performance of Karnataka, whose  distribution companies (discoms) have been the top sellers of renewable energy under the Green Term Ahead Market (GTAM) at the Indian Energy Exchange Limited (IEX). The power company of Karnataka Limited (PCKL) has a market share of 74% on the sell side in IEX GTAM market since its inception, selling 2.67 billion units (BU) out of 3.6 BU on the exchange till January, 2022. It is this ability to take advantage of market changes that has seen them take willingly to the recently started Green Day Ahead Market (GDAM) for sale of surplus renewable power. Interestingly, the next highest seller of green energy is Telangana with almost 600 million units.

Tamil Nadu, which despite the recent lag leads the states in wind power with an installed capacity of 9,856.9MW and is fourth in solar power with a capacity of 4,894.5MW is also seeking investments into manufacturing aggressively, creating more demand for green power now.

There is no doubt that unlike say, the North East, which has a low power demand and high Hydro potential, the fate of India’s long term renewable targets, especially Solar Energy will pivot on how South India leads. The four key states are more industrialised, ahead in per capita terms and blessed with the resources that will matter even more going ahead.

As Chaudhary of Vikram Solar says, “Wind-solar hybrid (WSH) has received strong support from SECI and several state governments. According to Crisil, WSH projects to account for 8-10 GW of overall solar capacity of 64-66 GW over the next five years (Fiscals 2022 to 2026). While the biggest beneficiaries of the WSH policy will be major windy states such as Madhya Pradesh, Karnataka, Gujarat, Tamil Nadu and Andhra Pradesh, under-penetrated windy states such as Maharashtra and Chhattisgarh are also expected to see some traction”. Then there is the small matter of storage.

Chaudhary adds that the key Tamil Nadu Discom “TANGEDCO plans to add 25 GW renewable energy in next 10 years which includes 20 GW solar”. The classification of more than 151 kilowatts under the category of generators with no network charges would help even small landholders put up solar plants while attracting new players.

For Northern states, states like Rajasthan have finally got their act together, and will continue to grow fast. The Rajasthan Renewable Energy Corporation Ltd made a profit of Rs 65 crores last year, thanks to their RE adoption, an example for other states to learn from. 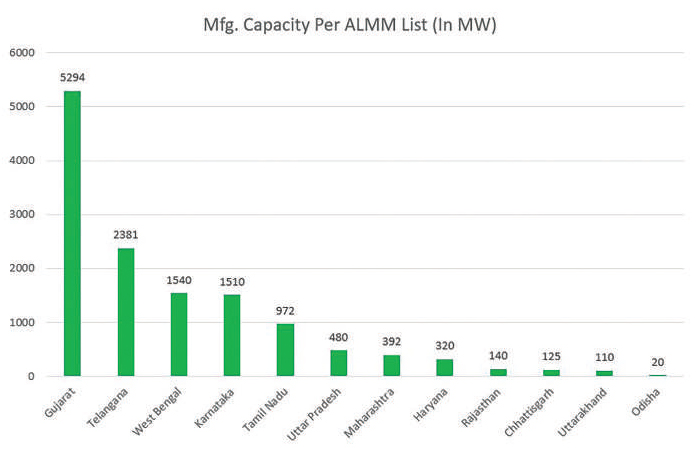 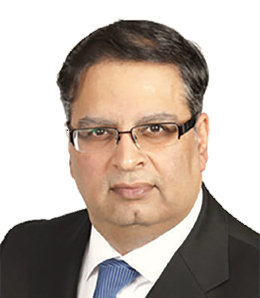 So could this concentration of manufacturing in Gujarat, storage in Gujarat and South India lead to issues? Hiranandani doesn’t think so. “Solar power is a decentralised energy generation source. One can put up a manufacturing unit in one state and deploy the solar panels in another. Hence, I don’t see the possibility of a divide”, he says.

Goldi’s Bhut also has his own take on the future, pointing out that North India and West India have traditionally been strong on manufacturing, while South India stole a march in services. Going ahead, with manufacturing making a comeback to the country, these regions have every chance of catching up, or redressing the balance with the South, if conditions are maintained, he says.

One inescapable conclusion is the need to do more for rooftop, which is where the role of states is even more important. As Tyagi says “the growth of the RTS segment is highly dependent on the regulatory framework. Slow growth has been primarily caused by the absence or withdrawal of state-level policy support for the RTS segment, especially for the business and industrial segment, which makes up the bulk of target consumers. Net metering regulations are one of the major obstacles facing the sector. No discom can afford to lose out on their highest-paying consumers to RTS. The RTS needs easy financing, unrestricted net metering, and an easy regulatory process. Public Financial Institutions and other key lenders could be mandated to lend to the segment. 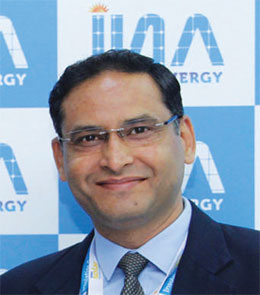 Some of the existing bank lines of credit could be adapted to meet the challenges of the Indian RTS segment, making it more attractive to developers in this area.”

It is worrying that all the people we spoke to for this story iterated that along with the Southern states, it would be the same set of states that would lead in the future too, with no clarity on the laggards so far. That is probably where the centre will need to step in, having made a start by nudging PSU energy majors to take up projects there.