Over last few decades, scientists are trying to come up with innovative and efficient ways to utilize energy from the sun. From times immemorial, humans across different civilisations have worshipped the sun as a God due to its various life-giving properties, and rightfully so. 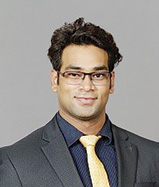 Before jumping to any conclusions, let’s first analyse what are the various technologies to harness solar that have actually been successful.

Photovoltaic cells (PV’s): These convert solar energy into electrical energy. A group of photovoltaic cells arranged on a surface is called a solar panel. Photovoltaic cells take up energy from the sun and converts it into usable electricity. You may have seen photovoltaic cells on a solar calculator, or on a rooftop nowadays. Be it idle rooftops or utility scale solar parks, PV’s are being pushed everywhere.. Out of a total solar rooftop potential of 124 GW n India we have been able to utilize only 4 GW (approx.) so far.

Solar water heaters: These utilize thermal energy of the sun and work on the principle of heat transfer. Almost all solar water heaters come with a large collector tank and a storage tank. Thermal energy of the sun heats up the fluid in the collector system, which then transfers the heat to the water in the heat exchanger system in the tank. But the highest temperature attained for domestic purposes is max. 80 degrees Celsius (MNRE website).

Solar thermal technology or Concentrated Solar Power (CSP): Also known as the concentrated solar power technology, this is another way to harness solar energy. Sun rays are focussed on heating water, which converts it into steam which can then be used to run steam turbines, thereby generating electricity indirectly from the sun. But this technology is relatively expensive. The energy harnessed in this technology is largely different from the one in solar photovoltaics, here it is thermal energy. In concentrated solar power, sunlight is reflected and focussed on a single point using mirrors.

CSP could also be used for things other than simple power generation, like producing temperatures in excess of 1000 degrees in a solar power tower. At 800-1200 degrees, even water molecules could be broken down into its constituent molecules, hydrogen and oxygen. Work is on to make it viable.

Passive solar heating or cooling: Have you ever felt that the building gets heated up if it has a glass window? That’s because of the passive heating due to sun’s infrared radiation. For large premises, especially offices and warehouses, solar energy can be efficiently used for centralised heating or even cooling with the help of evaporative cooling systems that works even in high humidity. Buildings can be designed and modelled to take advantage of the heating effect of sun in winters. For eg. It’s good to have large windows facing south if you are in Northern hemisphere. In this
way, you can get maximum advantage from sun’s passive heating during winters.

Harnessing solar power on a commercial scale was inefficient, unattractive and unreliable until almost 2 decades ago, but with technology and efficiency improvements has come government backing. Solar power tariff is at par with the grid rates today. So can solar energy replace fossil fuels? Can solar energy be used in cement, steel and other energy intensive industries? The answer is Yes! Be it producing energy for use anywhere at scale, or with CSP, as explained above, it is now possible to produce temperatures above 1000 degrees Celsius and industries that use heat energy apart from electricity. The electricity that we use at our homes and offices forms only 25% of the form of energy that we need in the world. The other dominant form of energy is heat energy, which has a high share in emissions too. There are now startups that are funded and working on making this technology commercially exploitable.

Get on the solar bandwagon!

If you are not already utilizing solar energy to your advantage, there is no better time than now to start. If you an organisation or a company, commit to using 100% renewable electricity. Apart from that, if you are an industry that is using heat as a dominant form of energy, keep yourself updated about the commercial viability of CSP in your area and explore transition fuels until then.

That is the right thing to do today, for all citizens, individual or corporate.