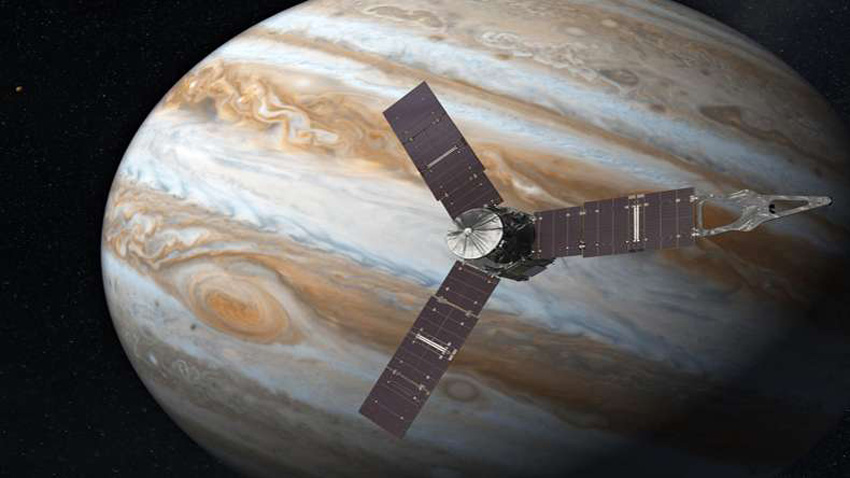 It’s difficult to figure out the competency of solar technology. Juno, the first of its kind solar spacecraft is speculated to reach Jupiter on July 4 this year.

Why it’s unique because Jupiter is five times farther from the Sun than Earth, and the sunlight that reaches that far out packs 25 times less punch,” said Rick Nybakken, Juno’s project manager from NASA’s Jet Propulsion Laboratory in California.

“While our massive solar arrays will be generating only 500 watts when we are at Jupiter, Juno is very efficiently designed, and it will be more than enough to get the job done,” he asserted.

How Solar Power is Possible in a spacecraft?

“We use every known technique to see through Jupiter’s clouds and reveal the secrets Jupiter holds of our solar system’s early history. It just seems right that the Sun is helping us learn about the origin of Jupiter and the other planets that orbit it,” he explained.

The Juno spacecraft will arrive at Jupiter on July 4 this year. It will repeatedly dive between the planet and its intense belts of charged particle radiation, coming only 5,000 km from the cloud tops at closest approach.

Juno is the first solar-powered spacecraft designed to operate at such a great distance from the Sun. The four-ton Juno spacecraft carries three 30-foot-long solar arrays festooned with 18,698 individual solar cells.

“Jupiter is five times farther from the Sun than Earth, and the sunlight that reaches that far out packs 25 times less punch,” added Rick Nybakken, Juno’s project manager from NASA’s Jet Propulsion Laboratory in California.