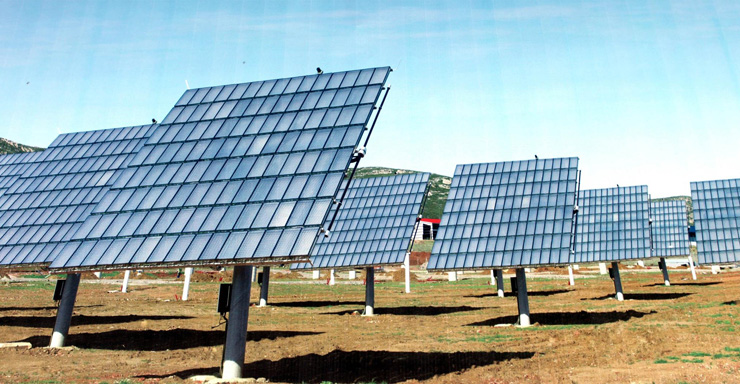 Despite aggressive bidding, debt viability of projects with low execution and counterparty risks — especially those under the Jawaharlal Nehru National Solar Mission scheme and Solar Park scheme, is likely to remain intact,” said a recent report of India Ratings and Research, or Ind-Ra.

Solar power tariffs—which hit a low of Rs 4.34 per unit at a recent solar power generation bid—are likely to fall further with a reduction in solar companies’ capital costs and their access to competitive funding, a new report says.

However, Ind-Ra warned that creditors will have to avoid the pitfalls of thermal power where aggressive assumptions on returns from investment and leverage build up at the holding company level to fund equity contributions in underlying special purpose vehicles resulted in significant stress.
The solar sector has huge potential and if developed responsibly, it could transform the structure of India’s power sector, the report said.

Ind-Ra expects that the developers will favour projects under the Jawaharlal Nehru National Solar Mission scheme on account of healthy credit profiles like NTPCBSE 1.65 % Ltd compared to weak credit profile of the state distribution companies.

“We expect that the projects floated under the viability gap funding (VGF) scheme will attract larger participation provided the tariffs remain above Rs 5 per unit. Ind-Ra believes that with the increase in competition, a scenario of developers paying premiums instead of availing VGF funding, similar to the road project tenders back in 2012, cannot be ruled out,” the research firm said.

Internal rate of return (IRR) for the recently awarded solar projects is likely to shrink to 12 per cent-14 per cent from the over 20 per cent registered by projects awarded over the past few years. Despite this, Ind-Ra believes that the credit profile of the projects will remain comfortable with an average debt service coverage ratio of 1.3 times.
The capital cost could fall in the medium term and as a result lower bids to, or below, Rs 4 per unit by 2017. Ind-Ra expects capacity additions to remain robust with 12.5GW to be added by FY18, taking the cumulative capacity to 17GW in FY18 from 4.9GW in December 2015.

However, it will still fall short of achieving the government of India’s target of 19 GW by FY18. The government plans to increase renewable energy capacity to 175GW by 2022 including 100GW of solar capacity (60GW from ground mounted and 40GW from rooftop installations).

Ind-Ra’s analysis of recently bid solar projects indicates that a 1 per cent improvement in the capacity utilisation factor will result in a 2 per cent increase in the IRR.

“Our analysis also indicates that the capital cost and tariff prices go hand in hand. For example, a project at a tariff of Rs 4.64 per unit and a capital cost of Rs4.64 crore per megawatt will generate an IRR of 12 per cent. Additionally, cheaper debt at 9 per cent – typically in foreign currency with a hedging cost of 4 per cent will improve the IRR to 14 per cent,” it said.

Ind-Ra’s sensitivity analysis indicates that if the capital cost were to remain at Rs 5.5 crore per MW, a project with a tariff of Rs 4.64 per unit will fetch an 7 per cent with a weak-to-moderate average debt service coverage ratio of 1.15 times.

Solar generation contributes 13 per cent to the total renewable energy source, second only to wind which contributes 65 per cent. Capacity installations in solar power generation have grown at a CAGR of 50 per cent between FY12 and December 2015. Rajasthan and Gujarat have been at the forefront with cumulative installed capacities of 1.26GW and 1.0GW respectively. However, going by the present pace of project awarding by different states, we believe that Andhra Pradesh and Telangana are likely to outpace Rajasthan and Gujarat by FY18. This is primarily due to the high land cost in Gujarat, saturation of solar generation and delay in project awarding by the state authority coupled with robust awarding activity by Telangana and Andhra Pradesh at state as well as central level.
Ind-Ra believes that operational projects with power purchase agreements at higher tariff levels will remain exposed to the risks of renegotiation at some stage. While contractual arrangements provide protection, a consistent decline in tariffs and the perilous position of the sate distribution companies may resist them to meet their offtake obligations.