As 2017 comes to an end, it is worth taking a holistic look at the Indian solar market to analyze key trends, challenges and outlook. By many accounts, the Indian solar power industry is on a roll. According to a report released by consulting firm Bridge to India, India is expected to reach an installed solar capacity of 20GW by the end of the present financial year (2017-18). 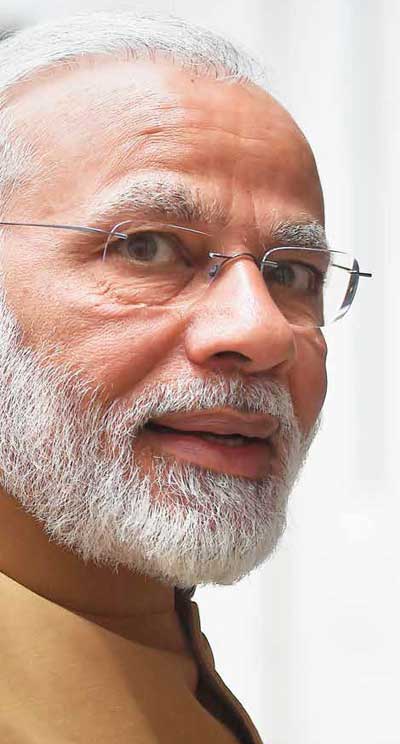 20GW of solar power by 2022 was the original target under India’s national solar mission set by Manmohan Singh-led UPA government. But in 2015, Prime Minister Narendra Modi-led National Democratic Alliance (NDA) government revised it to 100GW by 2022. The time is curious of solar power sector in India. The country has come off a period of exceptional growth of over 80% over the last 3 years. The cumulative solar installations in India have now surpassed 17 GW as of September 2017, with over 7.5GW installed in first nine months of 2017, and is expected to reach 20GW of installed solar power capacity by the end of the present financial year (2017-18). So, it needs to add an additional 83GW in the remaining four years and six months. Out of the 7.5 GW capacity added in this period, 57% came from three southern states— Telangana, Karnataka and Andhra Pradesh. With this, Telangana now ranks number one for commissioned capacity followed by Rajasthan and Andhra Pradesh.

There has been a marginal increase in the share of Indian module manufacturers, but Chinese module manufacturers continue to dominate with over 80% of the total market share. Chinese Trina Solar leads the market with a 16.6% share followed by JA Solar (9.2%) and Canadian Solar (8.7%). On the domestic front Waaree was the biggest manufacturer last year, followed by Vikram Solar and Tata Power Solar. Overall, 2017 business volumes are expected to grow by 90% Y-o-Y, making India the third largest solar market worldwide. But it is still an unnerving time for project developers and investors as rising competition forces tariffs down and the sector faces headwinds from module price rises, tender cancellations, GST and anti-dumping duty related uncertainty.

The total utility scale solar power capacity reached 17 GW by September 2017, and is expected to reach 20GW of installed solar capacity by the end of the present financial year (2017-18).

India’s greenhouse gas emissions in 2017 was significantly lower than the average in the last decade because of the rapid progress made in installation of solar energy, according to the 2017 Global Carbon Budget report.

10 lakh solar lamps distributed to student to enable them to study in the absence of electricity. Another 70 lakh rural students to be provided with solar lamps in the FY2017-18.

The Office of the Directorate General of Anti-dumping & Allied Duties India has initiated an investigation into imported solar cells originating in or exported from China, Taiwan, and Malaysia.

The Ministry of New & Renewable Energy is planning to auction off 20GW of solar power capacity in one go.

Goods and Services Tax (GST) was introduced from July 1, 2017. The industry is relieved that modules qualify for a concessional rate of 5%, but there is still confusion about the rate on other equipment. Overall, a net increase of 3-8% in project cost is expected depending on GST rate for other equipment.

In a recent cabinet reshuffle, Piyush Goyal has been replaced by Raj Kumar Singh as the new Power; and New and Renewable Energy Minister of State.

Solar project auction activity in October 2017 witnessed a steep 54.9% decline while tenders were up 25.3 percent compared to September 2017 in India.

In April 2017, an infrastructure fund of Australia’s Macquarie Group agreed to buy about 330MW of operational solar assets from power producer Hindustan Powerprojects an enterprise value of $600 million. Of the $600 million deal value, $250 million is the equity value and about $350 million is the debt associated with the projects.

In May 2017, the Asian Development Bank and the Punjab National Bank signed a financing loan worth US$ 100 million, which will be used to support solar rooftop projects on commercial and industrial buildings across India.

In May 2017, Private Equity investment firm, Actis announced its plan to invest about US$ 500 million in Solenergi Power Pvt Ltd, its second renewable energy platform in India.

In May 2017, the government approved the raising of bonds worth US$351.03 million for renewable energy through the Indian Renewable Energy Development Agency (IREDA).

In June 2017, GE Energy Financial Services (GEEFS) planned to invest US$ 90 million to develop a solar power project of 500MW in partnership with Rattan India Group.

In July 2017, International Finance Corporation announced its plan to invest about US$ 6 billion for the next five years in several sustainable and renewable energy programmes in India.

In July 2017, IDFC Alternatives Infra Fund acquired seven solar projects from First Solar for $300 million in the Indian states of Andhra Pradesh and Telangana aggregating to a capacity of 190MW.

In September 2017, Mytrah Energy raised $277 million (about Rs. 1,800 crore) from Piramal Group. The funding is made into Mytrah Energy’s Indian subsidiaries in the form of non-convertible debentures (NCDs).

In November 2017, the Government of India and the World Bank signed a US$98 million Loan Agreement and US$2 million Grant Agreement to help India increase its power generation capacity through cleaner, renewable energy sources.

In September, the ‘Pradhan Mantri Sahaj Bijli Har Ghar Yojana’, with an outlay of Rs 16,320 crore (US$ 2.51 billion) was launched by the Government of India with the aim of providing electricity access to over 40 million families in the country by December 2018.

In March 2017, India become an associate member of the International Energy Agency, which made Paris-based body more significant, indicating India’s growing prominence in playing an important role in the global energy dialogue, according to the IEA.

In February, the CCEA approved the enhancement of capacity of the Scheme for Development of Solar Parks and Ultra Mega Solar Power Projects from 20GW to 40GW, which will ensure setting up of at least 50 solar parks each with a capacity of 500 MW and above in various parts of the country

In August 2017, the Ministry of Environment, Forest and Climate Change, Government of India clarified that solar PV (photovoltaic) power, solar thermal power projects, and solar parks will not require the environment clearance which was mandatory under the provisions of Environment Impact Assessment (EIA) notification, 2006.

In January 2017, the Ministry of New and Renewable Energy planned to introduce a fixedcost component to the tariff for electricity generated from renewable energy sources like solar or wind, in a bid to promote a green economy.

» Amount of coal required to generate per unit of electricity has reduced by 8% in the last 3 years.

» 2017 saw, for the first time, net capacity addition of renewable power exceeded that of conventional power.

» Over 56 cr. LED bulbs distributed- 23 cr. by Government of India under UJALA and 33 cr. by private sector.

» India ranks third among 40 countries in EY’s Renewable Energy Country Attractiveness Index, on back of strong focus by the government on promoting renewable energy and implementation of projects in a time bound manner.

» India has moved up 73 spots to rank 26th in the World Bank’s list of electricity accessibility in 2017.

» In September 2017, the Government of India launched the SAUBHAGYA scheme to provide electricity connections to over 40 million families in rural and urban areas by December 2018 at a cost of US$ 2.5 billion.

» A total of 26.3 million households which are below poverty line (BPL) have been electrified under the Rural Electrification component of Deen Dayal Upadhyay Gram Jyoti Yojana (DDUGJY).

India could become the world’s first country to use LEDs for all lighting needs by 2019, thereby saving US$ 6.23 billion on an annual basis. The Indian power sector has an investment potential of Rs 15 trillion (US$ 225 billion) in the next 4–5 years, thereby providing immense opportunities in power generation, distribution, transmission, and equipment. The government’s immediate goal is to generate two trillion units (kilowatt hours) of energy by 2019. This means doubling the current production capacity to provide 24×7 electricity for residential, industrial, commercial and agriculture use. The Government of India is taking a number of steps and initiatives like 10-year tax exemption for solar energy projects, in order to achieve India’s ambitious renewable energy targets of adding 175 GW of renewable energy, including addition of 100 GW of solar power, by the year 2022.