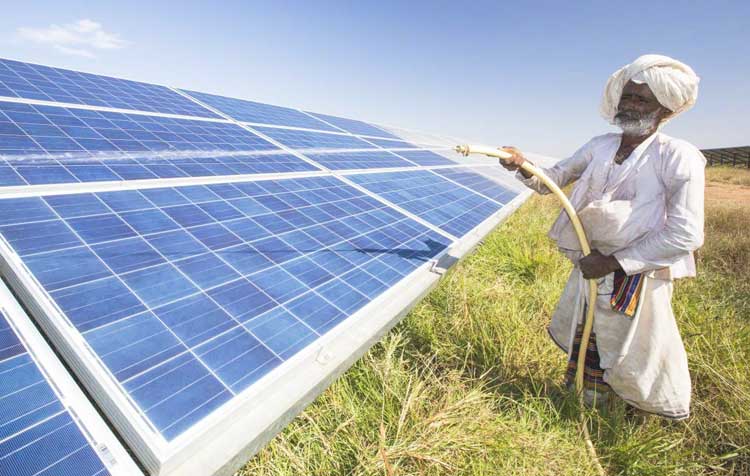 India, with its large population and rapidly growing economy, needs access to clean, cheap and reliable sources of energy. The government with the Jawaharlal Nehru National Solar Mission has been promoting ecologically sustainable growth while addressing India’s energy security challenge.

The Government of India’s ambitious plan to add 100 GW of solar capacity by 2022 is supported by three pronged approaches of installing rooftop panels, building ultra-mega solar parks and utility scale projects.The envisioned 60% CAGR (Compound Annual Growth Rate FY15-22) in solar capacity would involve a huge investment as well as growth opportunities.Of the proposed 100 GW capacity, 40 GW is likely to be contributed by rooftop solar plants, while the 60 GW capacity will comprise of large solar parks (25 GW) and utility-scale units (35 GW).

India lies in the high solar insolation region, endowed with for setting solar energy potential with most of the country having more than 300 days of the sunshine per year with annual mean of daily global solar radiation in the range of 4- 6 kWh/m2/day.

Currently, the county has installed 5,248.21 MW (till January 31st, 2016). The maximum capacity of 1,264 MW is installed in Rajasthan while Gujarat comes in second place with 1,024
MW. The solar capacity largely constitutes utility scale grid connected capacity and rooftop plants. Solar capacity in India has grown at a CAGR of 88.7% over FY10 – FY15, which is backed by financial incentives through several policy-based incentives and subsidies offered both by the central as well as state government.

Solar power projects can be set up anywhere in the country, but scattered projects would lead to higher project cost per MW and higher transmission losses.

In this article, we will be focusing on the scope and status of the large solar park as well as discuss the challenges. Solar Parks or photovoltaic power stations are designed for the supply of commercial power into the electricity grid, and these provide developers an area that is well characterized with proper infrastructure and access to amenities and where the risk of the projects can be minimized. Solar parks supply power at the utility level, rather than to a local user or users. MNRE has facilitated solar park developers by reducing the number of required approval.

Large size projects have a potential to bring down the cost of Solar Power. Ultra Mega Solar Power Project size ranges from 0.5 GW to 3 GW. The government has planned solar parks having a capacity of 500 MW or above. 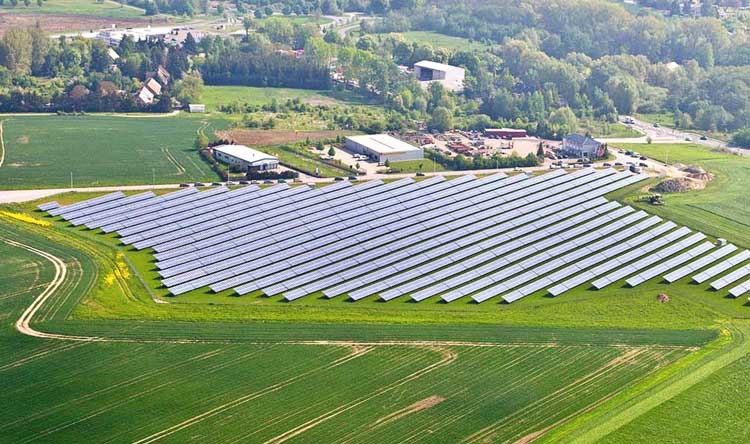 India has ample availability of waste lands which can be successfully utilized to install mega scale power projects. As per the government data, large chunks of land are available in some States for solar park development, and there are some developers who are keen to take up large projects individually. 1 MW solar park requires approximately 4-5 acres of land and solar system would costs around Rs 5.5 – Rs 6.0 crore.

As per the Wasteland Atlas of India 2011 report, India has a wasteland availability of 4.67 lakh sqm which can be utilized to install 28.8 GW capacities of megascale projects.

Scope of Solar Parks in India

Ministry of New and Renewable Energy has introduced schemes to set up 25 solar parks, each with a capacity of 500MW and above. As per MNRE, these solar parks will be set up within a span of 5 years starting from 2014-15 and the solar projects may then come up as per demand and interest shown by the developers.

In the State level, solar parks will allow the state government to bring in significant investment from project developers, meet its Solar Renewable Purchase Obligation (RPO) mandate and provide employment opportunities to locals. This will also allow the state to reduce its carbon footprint by avoiding emissions equivalent to the solar park’s installed capacity and generation. Additionally, the State will also avoid procuring expensive fossil fuels to power conventional power plants.

Solar parks will motivate the solar energy generation by acting as a leading demo facility and encourage project developers and investors. It will also prompt additional projects of similar nature, trigger economies of scale for cost- reductions, technical improvements and achieve large-scale reductions in GHG emissions.

Status and Achievement of Solar Park

Status and Achievement of Solar Park

Aailability of land, Financing, access to basic infrastructure and instability in the policy are the four major challenges in establishing solar parks in India.

One of the major challenges towards the success of such mega solar park projects is the availability of land at a suitable price. As stated above solar park of 1-1.5 GW capacity would require 4000 – 6000 acre of land, availability of such huge land is typically available only in the remote areas, and such remote locations often face severe climatic conditions which do make project installation and maintenance a challenging task.

As discussed about the availability of land, the majority of the proposed solar parks are likely to be built in the remote areas, so the possibility of execution is likely to get overdue as the remote locations still lack access to basic infrastructure like roads, rails, power availability, etc.

The government is yet to come up with a proposal for debt funding beyond the banking system. Also, foreign equity or debt investment is difficult because of subsidy nature of the solar business. Only large PSUs with strong balance sheet and government backing can participate in building such mega solar parks which would lower the muchneeded competition in the space.

India currently lacks a long-term plan, and the clarity and roadmap on the current policy landscape are still unclear which we believe is a key challenge for such Mega-scale projects and may dent the scope of growth across mega scale projects.

The government has envisioned a first of its kind project across the globe where 25 GW of capacity is planned to be set up by 2022. However, it may face certain issues regarding land acquisition, access to basic infrastructure, etc. we believe a strict directive by the government and efficient implementations by the state can help overcome these hurdles. Also, DISCOMS’ assigned fidelity to RPO will boost the solar market in India.