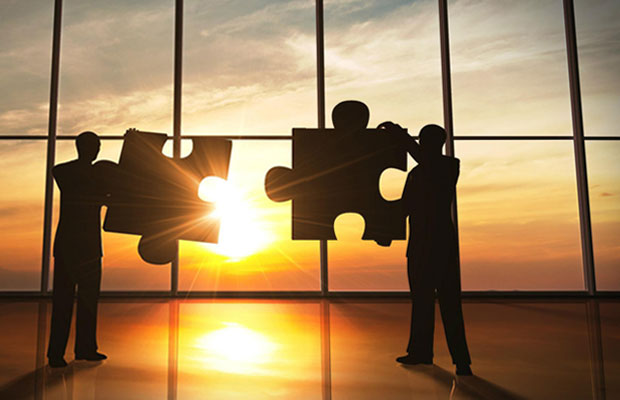 with the rise of the solar market, there has been a constant pressure on Indian developers to churn their capital.  To minimize the pressure the developers are laying the foundation for the advent of the secondary market for solar assets by shopping their rapidly growing solar projects to prospective investors. The merger and acquisition (M&A) activity in this sector is slowly gathering pace. According to research firm Mercom Capital solar installations in 2016 totaling 4 GW, financial activity was robust in the fourth quarter of 2016, with approximately $1.1 billion (~Rs.76.6 billion) in announced corporate, project funding and M&A deals.

In the face of falling bid tariffs, portfolio and minority stake sales inculcate much needed confidence in the market and help kickstart a secondary market for solar transactions

Last year in October the India infrastructure fund of IDFC Alternatives bought three solar projects in Rajasthan and Punjab from Punj Lloyd Infrastructure as part of the company’s plan to set up a strong foothold in the renewable energy space through acquisitions — as much as 1 GW in a year or so. The company wants to put together a renewable energy portfolio in 12 to 18 months through acquisitions with a capacity of 500 to 1,000 MW.

Greenko Energy Holdings, an owner and operator of renewable energy projects, completed the acquisition of SunEdison’s 587 MW Indian wind and solar projects for a cash payment of $42 million (Rs.2.85 billion) and assumption of project-level debt of $350 million (Rs.23.77 billion) (at an average interest rate of 11.3 percent). 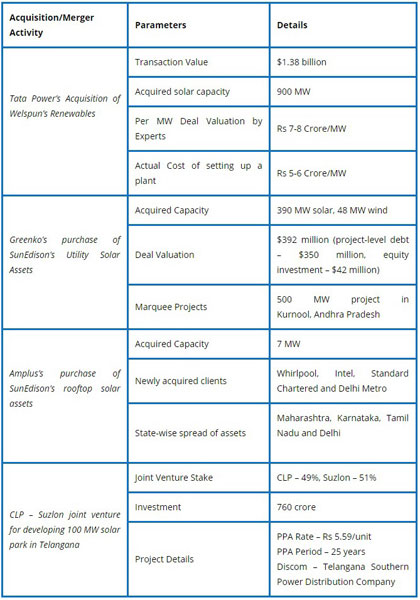 According to a report the sudden gust in the M&A activities is a blessing for India´s solar dream, because, sale of post-development renewables assets is a time-tested and proven method to free up capital but there have been very few successful exits in India. The Indian solar market is shifting gears to move onto the next phase of development and a liquid secondary market is essential for its sustainable growth. Finally, more successful deals and/or listings will help set industry benchmarks, act as a proof of concept, and attract other investors to the sector.

Ashish Verma, Analyst at AMP Solar India speaking about the secondary market, said that the Indian Solar Market is expected to grow at 12-13 GW in a year which majorly comprises Primary Solar Market i.e. Competitive 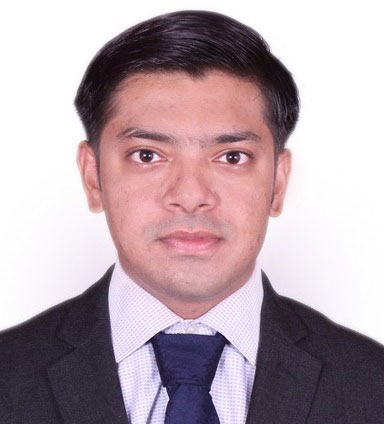 based Bidding Projects under Central Policy and State Policy and 2-3 GWp of Grid Connected Solar Rooftop projects in this calendar year. As Environmental concerns are peaking, Industrial and commercial consumers are suffering from high power tariff and unreliable power supply from DISCOM thus they are shifting to solar as it makes a lot of sense to them in terms of energy saving. He said currently DG sets are having 80-90 GW of market size due to uninterrupted power supply of average 9-10 Hours and blended power cost of Rs. 13-16/kWh at Tier 1 and Tier 2 cities to get out of fear of revenue loss from primary business. LT and HT consumers Primary Industrial and Commercial Consumers are refusing to take costly power from unreliable grid and ready to take the power from open access business model or from RESCOs in Solar rooftop space.

Verma said that other than this 20-30% of operational and high yield project in total installed capacity in every year might open the option of good secondary market as couple of infrastructure asset management companies and investors has started looking in to these options currently.

For future growth freeing up capital and investment recycling are the two routes that project developers should opt for. In other countries sale of post-development renewable assets is a time-tested and proven method. According to Bridge to India it is comparatively agile and stress-free with a highly systematic approach, but India does not have the kind of domestic patient capital – typically utilities and pension funds or insurance companies looking for long-term predictable cash flows – needed for buyout of such assets.

The pension and insurance funds has been the backbone of secondary markets around the world, however, India stayed away from it so far. Public listing of businesses or special purpose investment vehicle is another viable option with many successful international examples. For the first time an Indian solar power developer Azure Power ventured into IPO. The company raised $61.6 million (Rs.4.18 billion) in its IPO, $75 million (Rs.5.09 billion) through private placement of equity shares and $25 million (Rs.1.7 billion) in a pre-IPO financing says Mercom Capital.

One of the biggest apprehensions of the market has been the lack of secondary capital raising options. Big gap in valuation anticipations of developers and secondary market investors is also the part of the problem. Bridge to India says the competitive bidding nature in the Indian market also makes the margins of premium to initial developers relatively thin, as well as a satisfactory risk adjusted return to secondary investors. But, it seems that things are changing slowly.

In the vibrant Indian solar secondary market the financial benefits of tapping operations and maintenance counsel during acquisition due diligence are being realized by investors. The strategy delineated here is applicable to any region across the world where the solar PV secondary market is robust and investors are looking for ways to hedge risk and increase the long term profitability of their acquired assets.

The solar photovoltaic (PV) landscape in India continues to be dominated by large utility-scale projects, majority of them are in operation for last two years. 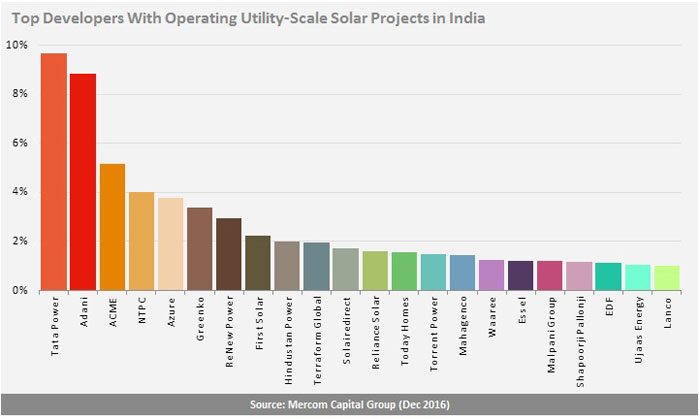 According to Mercom Capital, utility scale solar in India has seen exponential growth over the past two years with installations of approximately 9 GW to date, making up about 94 percent of total installations. Tata Power has come out on top with the largest share of operating projects in India, while ReNew Power comes out on top for the largest pipeline of large-scale projects in the country. With a steep fall in module prices over the last six months and slow development of the rooftop market, large-scale project development is expected to continue to make up a majority of solar installations in the country.

While developers like Adani and Azure have grown by building project pipelines organically over time, Tata Power and Greenko have taken the route of growth by acquisition. As the large-scale solar market grows, there are plenty of opportunities for entering the space though acquisitions.

Currently, there are approximately 200 developers with projects of at least 5 MW or more in operation. The top 20 developers account for almost 60 percent of all operating utility-scale projects in the country. Large conglomerates and private equity-backed pureplay developers are leading large-scale project development. The results points out to solid conditions and potential for the development and growth of a similar consolidation in the India solar PV secondary market, which is currently happening.

Acquisition of solar PV plant secondary market is completely different from acquiring a PV plant in development. Investors acquiring operating PV plants can assure strong returns with the extensive knowledge of the right partners during due diligence (DD). Technical Due diligence service providers should scrutinize the solar PV plant targeted by the investor thoroughly. Technical consultants performs these services and have the potential to overlook key details that professional O&M service providers would identify in the plant’s construction and performance history says Alectris. Investors who want to guarantee on the the future performance of a plant should consult reputable O&M firm that can provide detailed assessment of the targeted PV plants.

If investors allow the O&M provider to run the technical DD coupled with guarantee performance after acquisition, this strategy will result in big cost savings.

• O&M service provide authenticates functioning and status of equipment used in the targeted plant. Conduct verification in the field.

• Classify flaws or performance faults in the plant.

• Advice corrective measures and improvement action that is cost effective.

• Serve the plant properly as O&M service provider after the acquisition.

The expert from an O&M company, shall grant a completely different commitment on the assessment and the relevant findings of his in depth analysis since he shall also be required to provide Performance Guarantees (typically Performance Ratio and Availability) in case he is appointed as the O&M service provider of the inspected plants after their positive acquisition.

For most of the solar assets, technical and legal due diligence are done at high level and during numerous phases of the asset’s life cycle. In the secondary market investor’s risk intensifies unless detailed equipment reviews are performed.

While the legal or high level technical risk is thus quite limited or in some way “controlled,” analysis of plant equipment becomes critical. Given the value of the investment the imperative becomes the reduction of any kind of operational surprise and future corrective costs after plant acquisition. Knowing the weakness of the targeted plants before acquisition will allow the investor to save money on the acquisition itself.

Technical Details in Field Due Diligence

According to Alectris investor risk can be minimized by following critical in field DD evaluation steps; it is also expected to minimize investor expense.

Analysis of Built vs Detailed Engineering and EPC contract

• Confirm if the Plant has safety regulations and applicable norms Check Plant’s equipment on site.

• Communication (equipment, quality of internet connection). Thermography should be done to check all Modules, Inverters and String Boxes.

Additional in depth measurements and checks:

• Communication (data transfer, connection stability). Report from the phases should summarize the data and findings and provide a complete overview of the operational status of the installation. 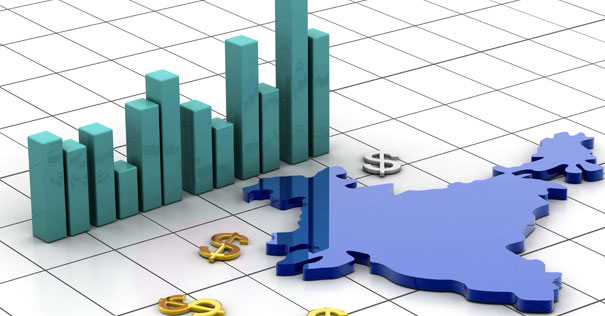 On the completion of the DD on the entire plant operation and performance, investors will get confidence to move forward with the plant acquisition.

Solar energy now accounts for 1 percent of the total electricity generated in India and 14.3 percent of total renewable power generated in the country. During the eight-month period from April to November in 2016, solar accounted for 8,436.06 million units of electricity.

With the acquisition of Welspun Renewables’ portfolio, Tata Power is the top Indian solar project developer with operational utilityscale projects accounting for over 850 MW, almost 10 percent of the market, according to Mercom’s Solar Quarterly Market Update. With several large installations, Adani has jumped up to second spot with almost 800 MW and 9 percent of market share and is expected to take the top spot in 2017.