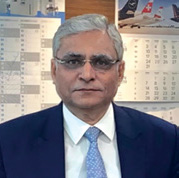 As India moves towards a new paradigm of ‘AtmaNirbhar’ Bharat, our energy security is a key component of this new resolve. The Prime Minister has already given pride of place to solar power, describing it as ‘sure, pure and secure’. But there is a lot more to our energy policy that requires a converted effort from government and industry. With the government playing the role of enabler. We list down the 7 key areas.

At this stage, it is quite clear that to encourage domestic manufacturing to take deep roots, and draw investments for growth, a certain amount of basic customs duty will be needed on imports.

With a target of 500 GW by 2030, we are potentially looking at a demand for 50 GW per annum. That raises the stakes to a level where hard decisions in the short term will need to be taken. Wafers, Cells & Modules production all need to be targeted, by using the tool of Viability Gap Funding (VGF).

The national Semiconductor policy needs to be revised by including Solar for the subsidy on the lines of Germany where 50% of CAPEX was provided by the Government. To promote the indigenous manufacturing of inverters heavy import duty must be imposed on the Chinese products.

Hydrogen Energy is fast emerging as the most viable option for thermal and nuclear energy. That explains the high focus and interest in developed economies in research and establishment of infrastructure for production of green hydrogen, or Hydrogen produced using renewable energy.

India must prepare a strategic energy plan for next 10 years to replace the import of petroleum products and use of Coal.

Strategic road map for Hydrogen & Fuel Cells to use Hydrogen for EV & Storage of electricity.

Prepare a white paper on Hydrogen Energy in line with Japanese Policy on Hydrogen (NEDO report, 2014).

Hydrogen production from Brown Coal mines & its transportation by Hydrogenation & Dehydrogenation in the intervening period.

To ensure focused research, an independent university for research and innovation in the field of Hydrogen for the commercialization of technologies to be developed for generation, storage, transportation and dispensing of hydrogen.

To setup demonstration parks to convince users that hydrogen is a safe energy source and non-hazardous.

To setup an independent department for hydrogen energy.

We need institutes in line with Fraunhofer Institutes of Solar Energy (ISE) in Germany funded by industry, academia and government to innovate and commercialize technologies.

Currently, the projects allotted to universities/technical institutes do not meet industry needs as they are starved of sufficient resources. Easier access to funding and industrial participation must be made mandatory from R&D to innovation and commercialization.

Industrial R&D to be supported by government through launch of an industry managed advanced Energy Technology Centre in India to engage in precompetitive collaborative industrial R&D.

It’s time for an independent entrepreneur ministry to support and ensure success of indigenously developed technologies.

Our apprenticeship policy need to be revised to ensure extended industrial engagements for students, some of which has been covered in the proposed National Education Policy too.

To attract entrepreneurs/industry in the manufacturing of capital equipment needs a strong hand holding by the Central and State governments by granting liberal subsidies and loans with the liberal terms and conditions. We have seen this done, selectively, with great results, as in case of telecom equipment like obile handsets. Its time to make this the new normal.

A 3 years moratorium for re-payment of loan to the new units will help cover for the many unexpected delays and other challenges entrepreneurs face..

Like startups, a tax holiday to be introduced at least for 5 years.

Capital subsidy to the tune of 50% for establishing equipment manufacturing units in line with the M-SIPS as the infrastructure for this industry needs heavy investment.

BCD on imported equipment should be introduced to encourage the indigenous manufacturers on level playing field.

Import substitution by indigenously produced capital equipment should be treated as deemed export and all export related incentive should be allowed to be availed.

When it comes to mobility, lithium ion is definitely not the last word on the many options possible. We need to actively consider hydrogen for EV mobility to reduce the use of batteries which have limited life and disposal problems. Besides access to raw materials

This will create opportunity for converting existing vehicles with hydrogen fuel cells kits thus generating the employment as well reskilling the mechanics who will go out of job due to introduction of Electrical Vehicles.

The manufacturing of fuel cells in India will open huge opportunities for technical jobs in automobile industry as well as for regeneration of electricity from stored hydrogen energy.

Special undergraduate/post-graduate courses to be introduced in technical institutions on Hydrogen Energy.

The world over, Hydroponics has made massive strides as a viable option to conserve resources, as well as farm in dense, land stressed areas. Our government must prepare a policy for adopting hydroponics as new technology to give a boost to agriculture sector.

A thrust on hydroponics offers multiple benefits for all stakeholders.

Photovoltaic energy and LEDs market will get a very big boost if this technology is introduced to the farmers.

Agriculture Universities / Technical Institutes should introduce the study as well as courses to popularise Hydroponics for giving better return on the agriculture produce.

The industry will get a boost as infrastructure for hydroponics will require electrical appliances, electronic and environment controls.

Indian government should collaborate with universities like Osaka in Japan, where IT is used for respective study of different plants to make software programmes for the operation of Hydroponic system.

When land holdings are getting reduced in size due to partitions from generation to generation, Hydroponics will be a panacea for small and marginal farmers. Besides opening up urban farming opportunities, building food security capabilities for emergencies like the pandemic we are still experiencing.

In order to utilize the investment in R&D in Academia, Laboratories and Industries to the maximum benefit of society an interactive organization/ institute should be created, with an aim to share results with industry.

This would be mandated to convert the developed technologies through R&D and innovation into production worthy technologies for industrialization.

It will ensure goal oriented basic research which forms the basis of innovation, bridge its outcomes with industry and nurture human resources for future innovations.

In any major R&D project, potential impact in terms of its industrialization & commercialization and its impact on society with respect to quality of life, should be addressed. Therefore, in such projects technical researcher, business management researchers and social scientist need to be involved from ab initio.