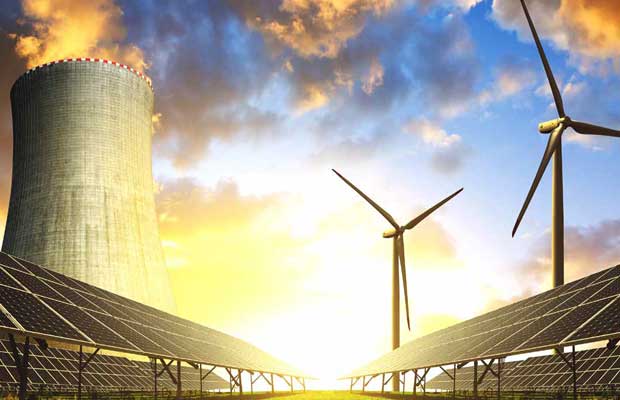 The highlight of the ‘Paris Agreement’ at the United Nation’s COP21 global climate conference held in late-2015 was its ‘binding’ aspects for the signatory countries. Although partial in their scope, these constitute a more decisive step compared to the earlier global climate summits. To make the emission reduction commitments made by nations, called ‘Intended Nationally Determined Contributions’ (INDCs) under the Paris Agreement effective, an appropriate framework for transparency and accountability is being established now. Moving forward, the recent COP23 summit saw further unfolding of the modalities of achieving the goals of the Paris Agreement.

India has taken an aggressive lead in reducing its carbon emissions – currently the third largest globally. Also China, presently the biggest emitter of greenhouse gases on the planet, has begun to clean up its act on a speedier time scale. In fact, after the Paris Climate Conference, India as well as China have put a lot of emphasis and directed several policy initiatives towards promoting cleaner power generation.

Just prior to the Paris summit, India unveiled a plan to increase the share of clean power generation in the country, with a target to generate 40% of electricity by the year 2030 through greater use of renewables and other low-carbon sources, including solar, wind and nuclear power. This is a far-reaching initiative – one of the biggest plans globally – to clean up power generation, which will go a long way towards reducing the nation’s carbon footprint substantially. Similarly, China is very seriously pursuing clean energy and is moving rapidly away from fossil fuels like coal. Last year, China cancelled several coal-based power plants that were under proposal, in addition to shutting down many existing ones.

There is a ground breaking shift taking place in the electricity supply modes in the world in recent times, especially in the last 3-4 years. The shift is from carbon-based air-polluting and climate-changing fuels to clean energy solutions that mark the transition to low-carbon electricity generation.

To avoid irreversible, catastrophic climate change, the world must reduce its carbon use and ensure an ideal near-zero use of fossil fuels in the coming decades. This shift must be expedited right now by continually reducing our dependence on coal, oil and gas. In a quest to decarbonize power generation globally, a variety of solutions have been unleashed, including carbon tax, which have made polluting energy producers to retreat away, like it is happening in several countries, especially European nations. Most European nations are following aggressive policies to move away from coal. Prior to the Climate Conference COP21, the UK announced its intentions to make its electricity generation coal-free by the year 2025.

This is no small feat by any measure, especially since the UK has been a major coal producing nation in Europe historically and it also has a strong coal lobby. But all that is changing rapidly. In Europe, the UK is not alone in its enthusiasm and actions to unseat carbon from its predominant position in power generation. Many other European nations are deploying stricter environment policies for moving towards a future away from carbon. France is aggressively seeking to stop using coal for power generation, which it wants to do even before the UK achieves this target. While the UK wants coal to be out of the door by 2025, France wants to get rid of coal even earlier – by 2023.

In an anticipated move, Canada has also declared its desire to completely phase out traditional coal power in the coming decade, hopefully by 2030. Clean power generation is marching in the US as well as other countries in that region. Europe has seen rising carbon taxes, which is one of the reasons why coal is increasingly loosing competitiveness.

Additionally, now there is also this clear realization that the real cost of fossil fuels goes much beyond the cost of electricity, as there is a huge invisible cost in terms of climate damage. A thing to note here is also the fact that while solar and wind continue to drop in prices, nuclear power is already cost competitive with coal-fired power plants. Nuclear power is safe, environment-friendly, cost-effective and entirely emissions-free once the plant begins generating electricity. These advantages put nuclear power at the forefront of the emerging clean energy paradigm.

India is among 30 nuclear-power-generating nations, including the US, France, China, Russia and South Korea, to name a few. Even oil-rich Middle East countries are eager to explore greater avenues to use carbon-free power generation from renewable and nuclear energy. In the United Arab Emirates (UAE), construction is progressing on four nuclear power reactors. The first reactor of these four is already approaching completion. Also, several other nations globally have plans to embrace nuclear power. A great favorable factor for India is the fact that we were among the earliest adopters of nuclear power in the world. We have a rich experience and an impeccable record of operating nuclear power plants safely and professionally.

Currently, there are 22 nuclear power reactor units with 6780 MW installed capacity in operation in India. Several new projects – indigenous as well as with international collaboration – are being pursued. Four indigenous reactors of 700 MW capacity each are under construction in the country, while work has started on India’s third and fourth VVER reactors, each of 1000 MW capacity. Also, sanction has also been accorded for adding fifth and sixth 1000-MW VVER reactors.

Moreover, Government of India has accorded administrative approval and financial sanction for constructing 10 indigenous 700-MW PHWRs in fleet mode. Meanwhile, the 500-MW Prototype Fast Breeder Reactor is also approaching commissioning, which will be the stepping stone for the second stage of the India’s long-term three-stage nuclear power programme as envisioned by Dr. Homi J. Bhabha. In the coming years, the third-stage of the programme will be deployed utilizing the vast reserves of nuclear fuel thorium available in the country, which will enable the country to increase carbon-free power generation even further.