Need to Look Beyond Green Bonds and Grants, to Risk Capital

India’s per capita consumption is at 1/3 of global standards. In effect, helping the world lower its overall energy consumption rather than increasing it. Plastic usage remains among the lowest, notwithstanding the visible pollution we see around us. 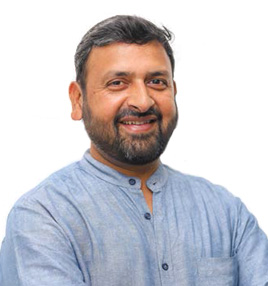 There is just 4% air conditioning penetration in India. As India moves up or catches up with the rest of the world on the development ladder, with a 10 trillion economy in its sights in the next 10 years, much like China in the 21st Century so far, there is tremendous demand emerging for housing, energy, food and transportation. A pattern visible in emerging economies in the world. Ordinarily, this creates a tremendous opportunity for capital to be deployed in these sectors and should have been welcome news for investors.

However, the reality is that today, the world is running scared of a continuing rise in per capita consumption in India and other emerging economies, calling it a serious threat to global environment. However unfair it may sound, there is more than a grain of truth in these claims.

Thus, it is clear that we cannot get our energy, food or transportation using the same framework or routes used by the western world. Existing and traditional models of power generation, distribution, air conditioning, housing, building infrastructure and more are not going to work and are potentially disastrous for the world. Imagine India, with its projected 1.5 billion people in next 10 years, consuming the same level of plastics., oil, building material, cars at the same level as of Norway or US or any other developed economy! Forget parity, even at a 50% per capita increase in consumption compared to the western standards will push things beyond point of no return as far as climate change is concerned. Of course, whether the resources even exist to deliver that level of consumption is doubtful. We have seen China build its massive infrastructure on a western model, but at far lower cost. Likewise what is needed in these sectors (energy, waste, mobility etc) is not just pure investment solutions but technology solutions that can help India and rest of the emerging world to have same standard of living without consuming same level of resources and that is the biggest opportunity.

Its an opportunity only if risk capital moves to these sectors. But can Capital really solve this? If one analyses the impact investments done in last 3 years, more than $500 billion have been deployed as impact capital in these sectors and issues related to poverty alleviation. So while regular VC funding might have been 2 to 3 times more than that of impact capital but still $500 billion odd capital is no change change. So what is the challenge?

The challenge seems to be more the nature and type of capital than amount of capital. As generally happens, noble intentions leads to not so noble outcomes. Likewise, the biggest investments in this sector have chased superior returns at lowest risk, hence, cutting out truly disruptive innovation.

Passionate teams working on solving large and complex problems without worrying about generating returns have missed out , there lies the problem.

Impact capital focus on doing good and not returns, so a lot of it is either in the form of grants or in the form of green bonds. Grants are grants while bonds do expect return of principle as well as a small interest payout, however low. So again, what is the challenge?

There are basic limitations with grants and climate bonds. Since grants are non repatriable capital, it creates a limit on available capital so by nature they remain small – grants in excess of $10 mn are almost unheard of, except 2/3 rare events in a year – compare this with the number of $10 mn rounds which happen in the startup world! So despite best intentions, grants fail to ensure supply of large capital to large problems they seek to solve, in a way ensuring a cycle of more ineffective grants. Teams have little or no incentive to build faster, better and cheaper solution or to put it in VC terminology, no alignment of interest. Hence the problems remain capital starved as well as entrepreneur deficient!

On the other hand, climate bonds have no such challenge. Huge amount of capital is raised through green bonds and there are many examples of super sized raises in past few years and it does help in funding large projects. However the challenge with bonds is that they are debt instrument and hence by very nature of it, remain risk averse and dependant on supporting equity as well as strength of balance sheet.

That means backing for the tried and tested. This risk averse capital drives away innovation as best outcomes are driven by risk capital and not debt. Imagine starting Google or Uber or Intel or payTM by raising debt where interest need to be paid quarterly!!

Hence while we do need all grants / climate bonds to make the basic layer to build basic infrastructure as well as support core research, the real need of the hour is risk capital which can fund innovative ideas and help entrepreneurs to take bold, moonshots in solving large problems.

Interestingly while VC/PE funds are still betting on consumer internet / consumption / b2b, there is massive shift going on among consumers / Govt with relation to adoption of clean tech. We all know of Tesla and big China push in EVs, but how many in the world know that there are already some 3 to 4 million odd e-rickshaws running in India and already $6/8 billion worth of e-rickshaws have been bought be poor people without any policy push or subsidy or grand plan, which is a super positive news.

So while we do need a lot of policy push, green bonds and grants, the real need is to have risk capital which can spur innovation and help us create the equivalent of a driver less car or billion transistors on a chip in clean energy / agri / waste management / mobility space as innovation always precede policy. Agriculture that uses 25% existing of water consumption levels, appliances that consume less and run on Ac and DC current equally well, cooling solutions that start with sustainable buildings and more. Unless risk capital backs challenges like these, the unfairness of being targeted for simply catching up with world levels of consumption will remain with us.