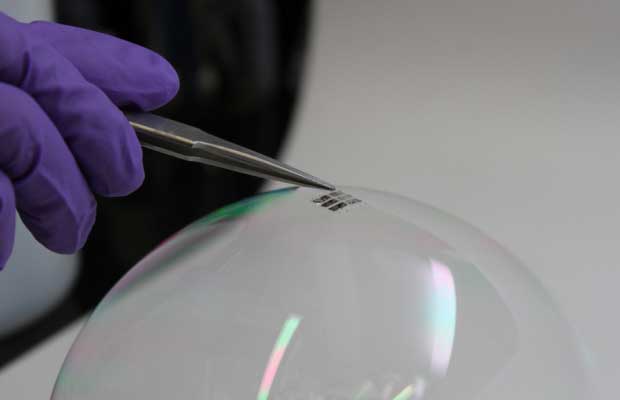 Researchers at the Massachusetts Institute of Technology have demonstrated thinnest, flexible, and lightweight solar cell ever produced.

The team used parylene flexible polymer as substrate and overcoating, and an organic material called DBP as the primary light-absorbing layer. Parylene is used to protect implanted biomedical devices and printed circuit boards from environmental damage.

Researches note that substrate will never need to be handled, cleaned or removed during fabrication. It minimizes exposure to dust or anything that may degrade cell’s performance.

Bulović, MIT’s associate dean for innovation and the Fariborz Maseeh (1990) Professor of Emerging Technology, said “the key to the new approach is to make the solar cell, the substrate that supports it, and a protective overcoating to shield it from the environment, all in one process. The substrate is made in place and never needs to be handled, cleaned, or removed from the vacuum during fabrication, thus minimizing exposure to dust or other contaminants that could degrade the cell’s performance.”