India has emerged as the fastest growing energy market in the world. Investments in the sector grew at 12 percent last year with spending on renewable energy (RE) exceeding fossil fuel-based power. The country aims at being a power surplus nation and RE can play a big role in the transition. 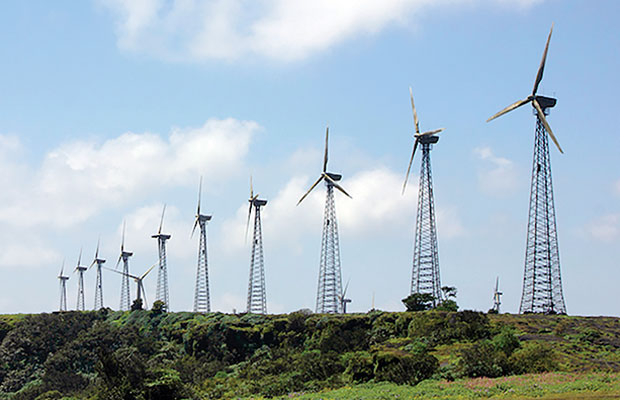 In April 2018, the Indian government announced that Leisang in Manipur was India’s last village to be electrified. With this, the country had reportedly achieved near-universal electrification. Despite this, more than 30 million people reportedly still did not have access to electricity. The reason why 100 percent village electrification did not result in 100 percent rural households electrified is because a village is considered ‘electrified’ when power cables from the grid reach its transformer and 10 percent of households and public places (schools, hospitals etc.) are connected. Today many rural households in India continue to use traditional fuel sources like wood or kerosene for their energy requirements that take a toll on both their health and the environment. 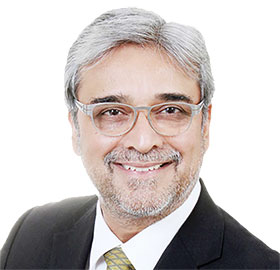 We understand that access to electricity in rural India is a critical factor. Affordable renewable energy can not only help raise the living conditions in rural areas but also free up the more expensive electricity to be supplied to cities where affordability is higher. This will also help in better management of government’s subsidy burden.

Bridging the gap in access to electricity in rural India is vital because nearly 70 percent of the country’s 1.3 billion people live in villages. Its energy deficit last year was at 1.49 GW or 0.8 per cent of the total 177.02 GW demanded. Experts say India still remains in power deficit despite having a total installed power generation capacity of 356 GW because of its state-run distribution companies that are saddled with dues of USD 6117 million and, are unable to buy power to meet demand. This leaves several regions in the country with little or no power.

India is currently dependent on thermal power for a bulk (63 percent) of its generation followed by renewables (22 percent), hydropower (13 percent) and nuclear generation (2 percent). However, RE generation is increasingly playing a significant role in energising India, growing by 17.26 percent last year versus conventional generation that grew at 4.85 percent. While the two are not comparable as conventional generation has a bigger base value, it is indicative of the general direction in which the country wants to move.

It is a well-known fact that India imports around 80 percent of its crude oil and 10 percent of its coal to meet domestic requirements. The growth of renewable energy, along with our bid to move towards electrification of our transport sector, will result in lower reliance on expensive fossil fuel imports, thereby improving the energy security of the country.

It will also have a significant impact on carbon emissions. The Indian government realises that and wants to increase the share of RE in its power mix from the current 22 percent (excluding hydropower) to 40 percent by 2030. It has also raised the country’s renewable energy target from 175 GW to 225 GW by 2022. The government is also subsidising off-grid and decentralised Solar PV applications. India targets adding 118 MWp off -grid solar PV capacity by 2020 by installing 300,000 solar streetlights throughout the country, having individual solar power plants of up to 25 kWp with an aggregated capacity of 100 MWp in areas where grid power has not reached or is not reliable and providing 25,00,000 additional solar study lamps. It is estimated that besides increasing self-employment, this plan is likely to help it generate employment opportunities for 8.67 lakh man-days for skilled and unskilled workers.

Take the case of 28-year old Kamlesh Meena for instance. A homemaker in Laukpura village, Dholpur District in Rajasthan, she was amongst the many rural women in India who have little or no interaction with society because of traditional customs and gender roles. In 2016, Kamlesh joined an entrepreneurship program of a Self-Help Group (SHG) for women called ‘Solar Sahelis’ (friends) which sought to replace old kerosene fuelled lamps, coal and wood fired cooking with clean energy solutions like solar lights, appliances and cooking stoves.

“I didn’t know what was happening outside my little world. After becoming a Solar Saheli, the veil got lifted away from my face and I could provide for the small needs for my children,” says Kamlesh Meena.

Meena is amongst the many thousand women working in the ‘Solar Saheli’ program of Frontier Markets. It is a womenfocussed last-mile distribution company for rural customers providing access to clean energy solutions. This programme has touched the lives of 3.5 million people by distributing 700,000 solar lights, appliances, and cooking stoves to more than 500,000 households. It claims to have replaced 75,750 kerosene lanterns with clean energy solutions thereby preventing 500,656 tonnes of carbon emissions.

While small companies like these are making a big change in India’s transition towards renewables, it is the utilities sector that will also have to think differently by mitigating inherent issues like variability that is associated with RE generation.

A smart and flexible future

Most of the installed capacity in India consists of large inflexible coal-based generation plants. If the entire renewable generation has to be absorbed, it leads to cycling in the coal plants which increases the wear & tear and in turn the operation & maintenance (O&M) expenses. Ideally the transmission grid as well as generation mix needs to be supported by gas engine-based power plant and battery energy storage systems which can infuse the necessary flexibility in the power system. In the absence of such flexible capacities, there is a need to curtail the renewable energy which defeats the very purpose of setting up RE plants.

This is where better power system modelling and planning come in. They allow stakeholders to assess variables in the system and develop solutions that are more efficient and effective. Wärtsilä has delivered more than 250 power plants to India with a total output of over 3,500 MW over the past 3 decades. The company is working with Finland’s Lappeenranta-Lahti University of Technology (LUT) to develop energy transition pathways towards a low cost fully sustainable energy system for India in 2050. The modelling exercises in the project will help provide key insights on the role played by each sector (electricity, heat and transport) in the energy basket and allow central and state level actors to take a system level view for better planning and to develop solutions that can enable a smooth transition towards a carbon free future.

Wartsila’s modelling software helps capture an inter-play among different variables like supply and demand, capital cost, running cost, electricity price etc. and offer planners, system operators among other stakeholders a menu of options for designing and managing a system that can absorb as much renewable as possible and yet is affordable, reliable and sustainable.

As India charts its ambitious journey towards more renewables it is smart and flexible solutions like these that will help ensure that the lights never go out for the men and women on the last mile.

Tesla Postpones Semi Truck To 2022, Shows A Profit On Bat...