With EESL issuing a tender for 272579 Solar Water Pumps on behalf of the ISA and its member countries, the biggest project so far with the ISA is finally underway. 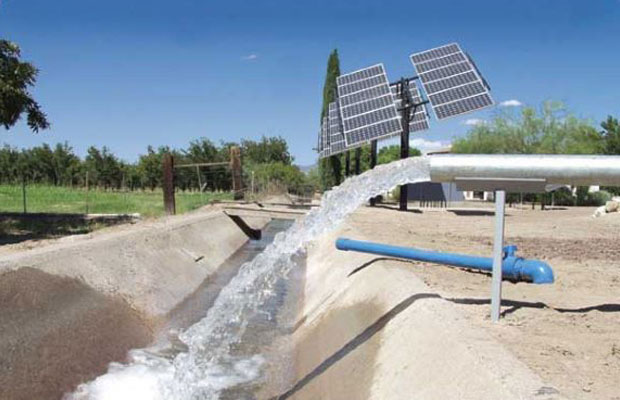 One of the biggest initiatives the International Solar Alliance (ISA), Prime Minister Narendra Modi’s biggest international achievement, were plans to drive down prices of solar water pumps with large volumes. After a few delays, while the ISA prepared the modalities, the government owned Energy efficiency Services Limited (EESL) was duly empaneled as one of the executing agencies.

Thus, with this tender, the ISA formally gets cracking on its huge targets. Solar water Pumps offer a particularly big opportunity to establish a decentralised renewable energy system, thanks to the guaranteed demand and benefits for agriculturists. Back in December 2018, Maharashtra’s MSEDCL had issued a tender for 50,000 solar water pumping systems. Following s smaller tender from the Andhra Pradesh utility for the same, at 25,000 pumps. Solar Pumps also offer a possibility of small min-grids or micro-grids, when not in use.

For India of course, the clarity after the  April 2019 release by  the  Ministry of New and Renewable Energy (MNRE) of  draft specifications and testing procedures for universal solar pump controllers (USPC) should help. The Kisan Urja Suraksha evam Utthaan Mahabhiyan (KUSUM) program  already exists to push this further in India. Of course, pilots done in a few places, notably Gujarat, have had a mixed feedback so far, notably because of the reluctance of farmers to latch on in areas where power supply is effectively free. States like Punjab, where supply is free and dependable, have similarly been lukewarm to the prospect so far.