PERC is well established technology in the industry. The gain in efficiency is mainly from reduced rear surface recombination and enhanced long wavelength spectral response. By combining RIE texturing on DW wafers and PERC, the average efficiency of mc-Si solar cell exceeds 20%. 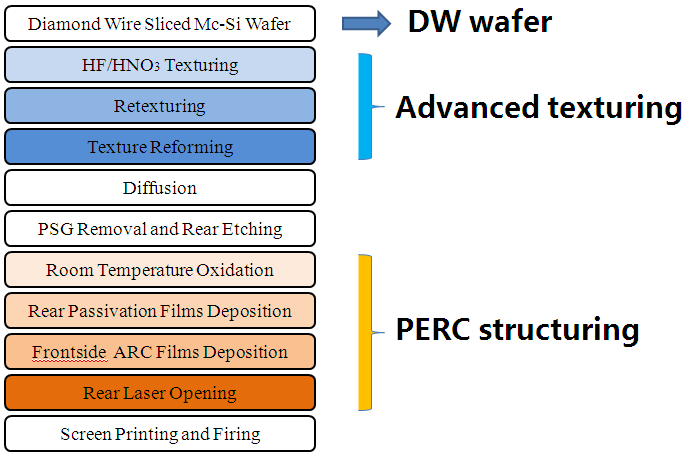 Above is the process flow of Jinko Solar’s 20% efficiency mc-Si solar cells. The use of DW mc-Si greatly reduced the cost of silicon materials. DW technology has been widely used on mono-Si wafers, results in 6-7 US cent cost reduction per wafer. The application of DW technology on mc-Si wafers will help mc-Si wafers to regain cost advantage over mono-Si wafers. The replacement of slurry sawing by DW sawing will also reduce the use of slurry, making the wafer sawing process more clean and environmental friendly.

Here are some of the advantages by Ealge PERC product series:

1, The combination of RIE technology and DW mc-Si wafers, leading to both low cost and high efficiency.

1, Jinko Solar is the first one to mass produce 20% efficiency RIE+PERC DW mc-Si solar cells, with both advantages on low cost and high efficiency.

2, The Black Silicon solar cells and modules greatly improve aesthetics, and are welcomed by our high-end customers. Usually we will have 10-15% higher ASP for these products.

3, RIE+PERC products will improve low intensity spectral response and thus generate more electricity than standard products. This will bring more value to our customers and also reduce the final leverged cost of electricity of solar systems.

High efficiency mc silicon solar cells produced by Jinkosolar. A. Front side. B. Back side. 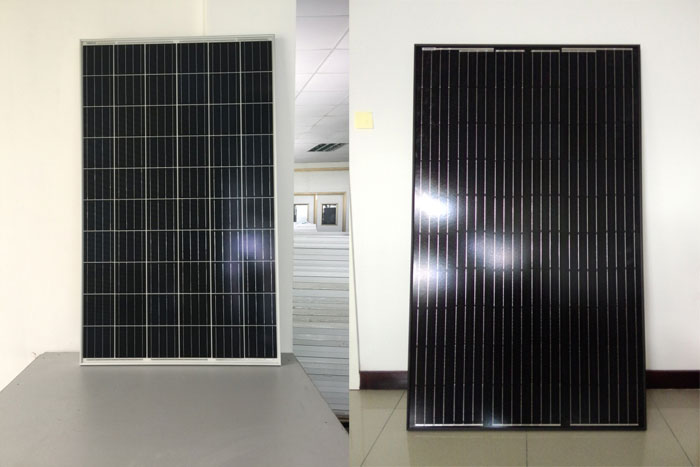