The Race to Zero campaign was launched by the UNFCCC’s Climate Ambition Alliance with a goal of achieving net zero carbon emissions by 2050. As of February 2021, 1,397 businesses have pledged to join the Race to Zero campaign and achieve net zero carbon emissions by 2050. These include the likes of Amazon, Unilever, Reckitt Benckiser, Atos, Infosys, Uber, Siemens, Schneider Electric to name a few. 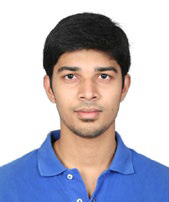 In addition, 288 companies across the world have pledged to the RE100 initiative committed to 100% renewable electricity.

Firms have also been setting ambitious goals targeted at reducing their carbon emissions. For example, under The Climate Pledge which include Microsoft, Amazon, Unilever, Reckitt Benckiser, firms have committed to achieving net zero carbon emissions by 2040.This strategy shall include reducing their current energy consumption, procuring energy from renewable energy sources and, off-setting fossil-fuel based energy consumption through energy attribute certificates.

Procurement of energy from Renewable Sources

I-RECs are generated from an underlying RE asset. Each RE plant is registered as an asset on the I-REC Registry after a thorough and rigorous qualification protocol which ensures there is no double counting of the emissions reductions arising out of the generation from the RE asset. The I-Registry, which is the repository of I-REC assets and transactions obtains the energy meter readings from the registered assets at regular intervals and issues I-RECs against the RE generation. Each International REC or I-REC represents 1 MWh of electricity produced by a registered renewable energy asset and has a unique ID associated with it. This ID can be used to track the asset that has generated the renewable energy and enable the purchaser of the certificates to verify the authenticity and quality of the RE generation. The rigorous qualification criteria and the unique certificate IDs also prevent the double counting, double issuing and double claiming of underlying RE attributes.

To ensure the reliability and scalability of I-REC issuances across the world, the I-REC Standard has authorized issuers in major countries who are authorized to issue I-RECs against the RE generation arising from a registered asset. For instance, Green Certificate Company (GCC) is the authorized issuer of I-RECs in China, South Africa, India, Malaysia and many more countries.

How does I-REC mechanism work?

The RE generators register their plants on the I-REC Registry by making an application along with a set of plant documents. The application is then validated by the Registry and they seek clarity (if required). After the validation, an independent audit may also be initiated by the Registry based on their discretion. Once the registration is approved by the Registry, the generator can furnish the meter readings from time to time to get I-RECs issued on the electricity generation from the RE asset. The end-consumer or a trader can then purchase the issued I-RECs and may redeem/retire or trade the certificates respectively. The following chart demonstrates the flow of events described above.

Who should go for I-RECs?

The I-RECs can be redeemed/retired either directly from an I-REC registered RE generator or through a trader who purchases the I-RECs from the RE generators and sells them to the end consumer. The end-consumer needs to furnish the following details: 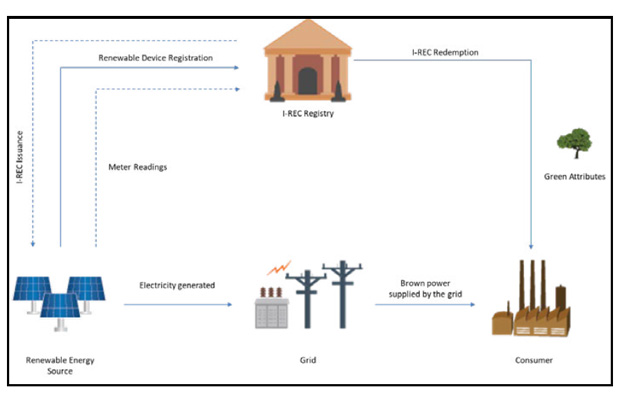 Why I-RECs over other carbon mechanisms?

In a time when there is increasing emphasis on reducing carbon emissions and with companies setting forward ambitious sustainability goals, procurement of renewable energy sourced electricity becomes an essential means to achieve them. However, procurement of RE generated electricity may not be feasible in several cases. In such circumstances, I-RECs can bridge this problem by enabling the end-consumer to claim the green benefits of RE power even if they are not able to source it physically. With the increased focus towards net-zero carbon emissions through campaigns like Race to Zero, I-RECs become an indispensable instrument to achieve the sustainability goals and help the companies achieve them.