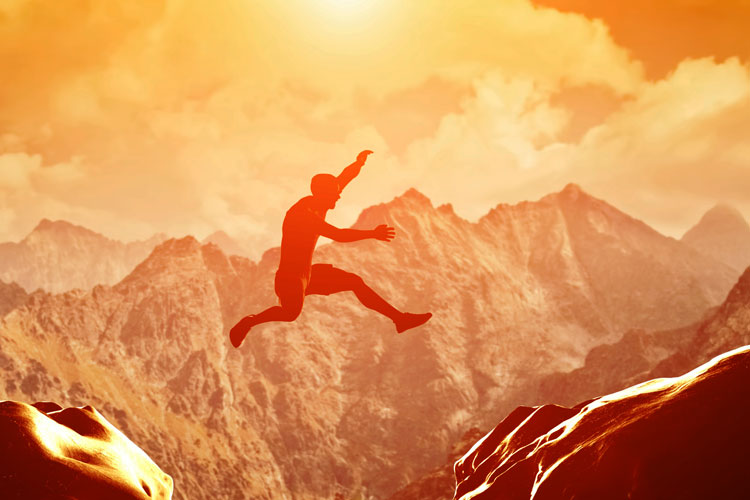 Every year India faces severe electricity shortage, to meet the rapidly growing demand the country needs a massive addition in capacity. And to sustain the pace of economic growth with a commitment towards the reduction of greenhouse gases, India has to cut its dependency on fossil fuels for electrification. Therefore solar power installations in India are prerequisite. Last year in December at Paris Climate Change Conference, Prime Minister Narendra Modi announced India’s commitment to 100 GW of solar energy connected to the grid by 2022. Industry experts then questioned India’s ambitious target given the fact that India’s current solar capacity is approximately 5 GW and India’s commitment is equal to half of the total global production of solar energy. As a developing nation, the country faces many financial and policy barriers to reach this target. However, a study conducted at Stanford University backed Indian Government’s target and said that it is indeed achievable with a strong domestic policy push and international investment.

Following the announcement of 100 GW target, the solar policy has been substantially pushed by state and central government and this sector started witnessing crave for investment.

The solar industry in India has grown more than a hundredfold in the past six years, from 36 MW in March, 2010 to 7.5 GW (installed grid-connected solar power capacity) to May 2016.

Transparency in policy and timely provision of land will undoubtedly play a crucial role in accomplishing the goals. Moreover, greater investment in innovation and research and development can bring down the cost of solar technology and help in scripting the success of the programme. Currently, the requirement of land is approximately 1 km2 for every 4060MW which may pose a strain on India’s available land resource as availability of per capita land is quite low. India can use water surface area like canals, lakes, reservoirs and sea as alternative to establish large capacity solar power plants which can also be used for periodic cleaning and maintaining of the solar panels.

High-ways and rail tracks can also be used to evade excessive cost of land nearer to load-centers and minimize transmission lines cost by installing solar plants. The vastly disseminated set of individual rooftop power generation systems connected via a local grid would be more suitable for a country like India. However, establishing such an infrastructure (which does not enjoy the saving in cost of production that is possible in mass, utilityscale, solar panel deployment) will need the substantial declination of marketprice of solar technology deployment to lure individuals or household consumers. This may be possible in near future as the cost of PV is expected to go down further and is said to be able to compete with fossil fuel price.

Government received (non-binding) investment commitments of over 171 GW for solar project development from over 50 developers. International developers such as 8minuteenergy, ENEL Green Power, ENGIE, FRV and Sembcorp have also announced their entry into India with significant acquisitions or project development plans. However, we are not sure how many of these will eventually come into operations. The union and the state governments in India can create and frame policy on their level and therefore changes in policy is vital in attaining these ambitious solar targets.

Recently Rajasthan emerged as the No.1 state in the country in January with total installed solar capacity of 1264 MW, followed by Gujarat (1024MW), Madhya Pradesh (679 MW), Tamil Nadu (419 MW), Maharashtra (379 MW) and Andhra Pradesh (357 MW). Rajasthan is expected to maintain its leadership in installing solar energy in coming years. Rajasthan became leading solar energy producing state in India because of number of factors, including its 300-330 days of sun and highest solar radiation of 6.0-7.0 kWh/ m2 in the country beside availability of large flat and barren land, a favorable policy environment, positive market dynamics and a national push to solar energy.

Indian government aims to achieve its 100GW target by encouraging private investment via its schemes like provision of government land to set up solar parks, easing of registration and processing procedures and reduction of security amount and eligibility criteria. However, issues like inadequate transmission infrastructure, poor financial health of distribution companies, and a difficult law-making process for the power sector are blocking the flow of investment lurching the potential of renewable energy.

This year, for the first time price of solar energy in the country dropped to around equivalence with coal, hitting 4.34 rupees (about 6 US cents) a kilowatt-hour (kWh), while coal tariffs usually range in between 3–5 rupees/kWh. Government has already reduced the SPP price from Rs.5.79 Rs/KWh to 4.43 Rs/KWh in view of steep fall in the cost of the solar power generation equipment. If the price solar power keeps falling at the same rate, it will soon drop below the coal. Industry experts believe that at this rate the solar power could be as much as 10% cheaper power that we get from fossil fuels. The applicable tariff is after allowing either viability gap funding (VGF) or accelerated depreciation (AD) incentives.

In our last Issue we reached out to Sujoy Ghosh, Country Head, First Solar, India to understand the gap in the solar policy and how can it be narrowed down? 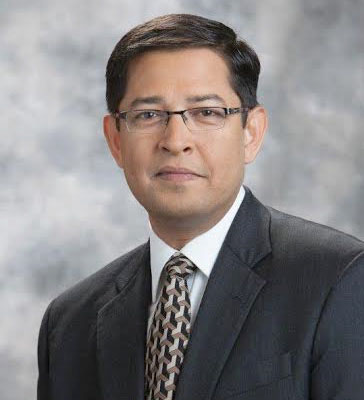 “Ghosh said that the policy and regulatory mechanism defined by the Center is definitely aimed at enabling a larger demand for solar energy in the overall mix. The challenge is that power being a concurrent subject, the state regulatory and policy environment has to be in synch with the central government’s vision. Some of the states have converged with this while others are still working out their state level policies. A few of the larger issues that need the center and states to collaborate are (a) reforms in the distribution sector to improve the financial condition of the state-owned distribution companies (b) implementation of the green corridor and (c) enforcing the RPO. Out of these the distribution reforms are critical and probably are the single most important issue that needs active engagement from all stakeholders (both at center and state).“

Indian Government can make available subsidies for the production of PV panels which will further reduce the market price and can boost the usage of solar power in the country. In the last couple of years, solar-generation rates have dramatically dropped from around Rs.18/ kWh to about Rs.7 / kWh, while cost of coal power and domestically-produced natural gas is increasing with time.  According to experts the ultra mega solar plants like the one planned for Rajasthan would produce power for around Rs. 5/kWh. Experts also recommend that India should embrace policy to develop solar power as a governing component of the renewable energy mix. In one of the analysed scenarios, while reining on its long-term carbon emissions without compromising its economic growth potential, India can make renewable resources like solar the backbone of its economy by 2050.

During the year 2015-16, NTPC with 110 MW solar power installations, generated 160.8 million Kwh at a capacity utilization of 16.64% (i.e. 1458 Kwh/Kw) only, which is below the claimed norms (>20%) by the solar power industry. Though substantial solar power capacity is already under operation, the operating performance data is not made available in the public domain. Reasons to push solar beyond its low price are very much clear – undoubtedly it is much better option in a country that is home to 13 of the world’s 20 most polluted cities, “The environmental benefits of solar will be even more pronounced if its rise comes at the expense of coal, which currently makes up 60 percent of India’s energy production. India’s coal has high ash content, and it releases toxins and metals into the air when burned.”

Many companies believe mere clarity on policy leading renewable energy based mini-grids is averting investors from expanding their network. 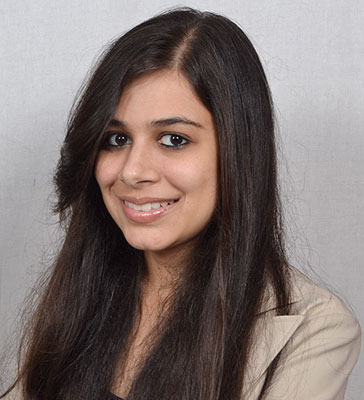 To know the ground reality we asked Tanya Batra Vice President of Marketing at SunKalp Energy if there is a need for robust policy framework in the T&D segment.

“Batra said T&D system is not just a policy issue but also an infrastructural issue. So, in time, we will have to upgrade to Smart Grids etc. However, such need is not urgent. The total installed capacity of Rooftop Solar in India stands at only 740 MW which is less than a GW which is not causing any sudden surge or drop in power supplied to grid through netmetering. So, the government is on the right track. It has made net metering policies with limits set on how much each transformer can take. Once, we are close to the solar capacity reaching the limits of individual transformers, that’s when the need would be urgent.“

Harping on the current rooftop solar power net metering policy, she said that the current Net Metering and Gross Metering Policies are quite forward looking. But, that’s just as much we should expect from the government. Since the framework has been laid out, it’s the prerogative of the customer to go ahead and apply for net metering applications. We understand, it can be overwhelming for customers to do so themselves, hence, we at Sunkalp facilitate submission of these applications by maintaining relations with DISCOMs. On the whole, the net metering policy is a wonderful move to allow customers to reduce their bills. What will really need a re-look is how the government plans will compensate to loss-making DISCOMs whose business may further reduce with the uptake of Grid connected Rooftop Solar Systems. According to Batra Talent pool isn’t the road-block for Government’s 100 GW target, already there are training programs that are being organized by MNRE such as the Surya Mitra Program. In addition, there are industry players who are conducting training program for enabling manpower. There hasn’t been massive penetration at the Institutional level yet in terms of a specialized course, with training being limited to developing on the job skills. Otherwise, talent pool is being created through each company’s own training which imparted to the employee.

Lastly, Tanya believes technology obsolescence risk is not a major challenge, because, solar makes sense already- using the current technology. Also, the research happening around the world is in research stage only, not commercialised said Batra. Adding to the above statement she said that what we are using is not obsolete. However, technology advancement will keep happening. This will not have a huge impact on existing power plants since they will continue to produce electricity at the promised generation. Land remains a key factor, but certain amendments in the electricity act are equally important. DISCOM should give priority to transmission / distribution status for renewable energy power. There is a lack in Transmission network in India, particularly in remote locations where Solar Irradiances are abundant.

Let’s hope this momentum to replace fossil fuel with green energy keeps up in India, and that reliance on coal can be reduced as soon as possible. It’s the only way to go solar.