Building a strong solar manufacturing sector and supply chain in India will help support the economy and keep pace with rising domestic and global demand for affordable solar energy. Currently, the Indian solar manufacturing industry doesn’t have the capacity to produce PV modules to meet the majority of today’s domestic demand. With all that in consideration, it’s more pragmatic than ever to explore how domesticating or indigenizing solar manufacturing can help India scale its solar ambitions.

The term “solar manufacturing” refers to the production and assembly of components for the entire solar value chain, with solar photovoltaic (PV) panels being the most prominent example. PV panels are made up of numerous subcomponents, including wafers, cells, glass, backsheets, and frames. Inverters, wiring, combiner boxes, racking and tracking structures, to name just a few manufactured items, are needed for solar energy systems in addition to panels. And that’s just for PV. Heliostats, receivers, and thermal storage devices, for instance, must be produced for concentrated solar-thermal power (CSP) systems.

By utilising its “solar-friendly” geographic position, India hopes to more than quadruple its current 1.3% share of global solar production capacity in the coming years. The national economy will retain more value if domestic PV hardware production rises, and manufacturing jobs will become more valuable. Additionally, it will lessen the nation’s reliance on imports of energy, enhancing India’s energy security, and it will boost exports of the country’s renewable energy equipment. To that end, the Indian solar ecosystem has implemented a number of initiatives to support domestic solar panel production.

The Modified Special Incentive Package Scheme (M-SIPS) of the Ministry of Electronics & Information Technology was the first of the programmes. This scheme offered capital expenditure subsidies, 20% for investments made in Special Economic Zones (SEZs) and 25% for non-SEZ investments. Further, with an investment of Rs. 4,500 crores, India started the PLI Scheme in 2021 to improve its high-efficiency solar PV module manufacturing capacity and exports.

Additionally, the government provides subsidies via programmes like the Grid-connected Rooftop Solar Programme Phase-II, PM-KUSUM, and CPSU Scheme Phase-II to encourage the use of domestic solar PV cells and modules. The PLI plan would be expanded by an additional Rs 19500 crore as the next significant step in increasing local manufacturing capacity from its current level of about 10 GW to more than 40 GW by 2025.

India now has a 3GW capacity for solar cell production and a 15GW capability for module production. The intention to increase domestic production comes after the FY23 Union budget included an increased allocation of Rs19500 crore for the production-linked incentive (PLI) scheme for high-efficiency solar modules. In addition to the $4,500 billion previously earmarked for the programme to manufacture solar photovoltaic modules, this is also a given. The production effort coincides with India’s intention to levy a 40% basic customs tariff on imported modules and a 25% basic customs duty on imported solar cells as of 1 April.

Subsidization: India must first put in place a national policy to boost home-grown solar technology research and development. Additionally, the government should support this project with the appropriate policy backing and a long-term strategy while encouraging the local industry to take the lead. Prioritisation would need to be given to creating a roadmap with goals and deadlines for important advances needed in both established and developing solar technologies. Manufacturers should be required to set aside 3% of their sales for R&D in order to improve the industry’s influence on technological advancements, according to MNRE. Manufacturers can set up their own infrastructure with the aid of a 25% capex subsidy for laboratories.

Consumerization: Next, MNRE needs to develop a path for the commercialization of novel and developing technologies. To take a lighthouse illustration, the major factor contributing to the downfall of solar manufacturing in the US is the inability to translate R&D expenditure into usable market products. MNRE should establish a government-anchored investment fund to provide seed money to early-stage solar manufacturing firms. In addition, by requiring that government tendering organisations employ modules created in accordance with the technology roadmap for at least 5% of solar capacity awarded, MNRE might stimulate demand for innovative technologies. Visibility of the medium- to long-term demand would aid firms in securing funding to scale up novel technologies and increase output.

De-carbonization: The third step should ideally see the government prioritise low-carbon solar manufacturing and open export markets through Exim Bank financing. If Indian solar manufacturers just sell to the domestic market, they may experience a demand ceiling and low utilisation rates. India must make use of the International Solar Alliance (ISA) network to finance solar projects in member nations in order to reach developing markets. Indian products are frequently used in international projects funded by the India Exim Bank, opening up a lucrative future growth market.

Capitalization: Following that, the government needs to substantially raise the amount of debt finance that solar manufacturers can access in the near future. According to a recent CEEW-CEF analysis, the manufacturers’ plans would cost $7.2 billion (over 53,500 cr.) in capital expenditures alone over the following three to four years. Manufacturers have had trouble obtaining debt, nevertheless, to fund their projects. By 2026, IREDA, which serves as a designated financier for the renewable energy industry, needs to increase the proportion of loans made to manufacturers from the current 4% to at least 20%.

Industrialization: The fifth and the last step would have the different state governments create manufacturing hubs for new manufacturers and include the production of solar energy on their list of priority industries. State industrial corporations should locate factory locations on well-connected land parcels and support labour needs through infrastructural improvements and skill development.

India is positioned to play a bigger role in global supply chains in addition to utilising its expanding green energy sector to promote manufacturing. By reducing sectoral barriers and generating economies of scale to build full component ecosystems in the nation, PLI projects aim to generate global manufacturing champions in India. The foundation of India’s energy security and climate aspirations is rapid solar adoption. With the aforementioned steps, India could create a strong and technologically driven local solar manufacturing ecosystem that would put the country on the road to net-zero energy by 2070. Along with fostering growth and sustainability, a strong local sector would also provide new jobs. And if it needs a mention, an indigenized solar fabric would definitely see widespread adoption and cheaper energy for the masses, along with positive climate impacts. 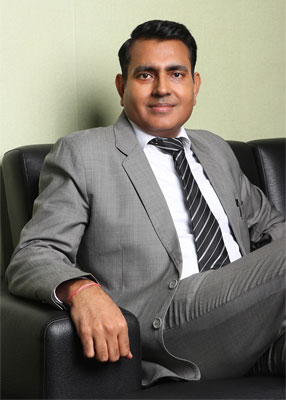