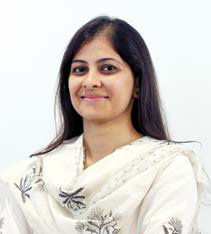 The Government of India has announced ambitious targets for Renewable Energy (RE) capacity addition, and the Country is rapidly adding Wind and Solar generation in the energy mix. However, there are some well accepted issues associated with RE power – such as intermittency, fluctuations owing to weather changes, and limited forecasting/ scheduling capability – which will always throw challenges that need redressal to ensure widespread and optimal adoption.

While the traditional ways to counterbalance the grid with high penetration of RE is through use of hydro and gas based generating stations coupled with new & flexible coal-based plants, it may not prove to be practically sufficient for balancing the variability. It should be kept in mind that the electric grid is a complex system that is constantly being balanced to account for varying demand and supply. Inability to balance the requirements can lead to low power quality, grid instability, brown-outs or even black-outs in extreme situations.

Options for Managing the Grid

Some industry estimates indicate that large scale addition of the targeted quantum of RE Power will likely result in substantial backing down of Thermal Generation during forenoon and afternoon. Thereafter, the load would be taken up by Thermal Generators. However, since the Thermal stations have low ramp rate, they cannot adequately compensate for the reduction in Solar Generation.

Hydro Generators are conventionally considered the best suited to affect balancing of variations of RE generation – due to their ability to start and stop quickly. However, all Hydro stations do not have the requisite pondage to take up this role. Besides that, effective communication between Hydro station and RE Generators to force immediate change in schedule may also need to be looked at. In fact, the Regulatory framework does not permit immediate change in schedules. Also, due to other factors, such as high capital cost, long gestation period, hydro logical challenges, R&R issues etc., Hydro Generators cannot be looked at as reliable source of meeting peak demand requirements in future.

Gas based Generators are considered to be the second-best option to meet the peak demand, but their installed capacity of ~25 GW may prove to be insufficient to meet the demand. Another issue with Gas based Generators is the price and availability of fuel. Due to these issues, combined with the fact that Gas market reforms are still some way away, and the focus for the near future has been changed to City Gas Distribution (CGD), Gas based plants do not appear to be a viable option to meet the peak demand requirements.

In order to be prepared for the grid conditions which are likely to come up in a few years, it is necessary to take initiatives in this direction with concrete targets. It is clear that GW scale Storage of RE Power and smoothening of RE Generation through use of fast response Storage Solution seems to be one of the most critical needs to ensure GW scale RE integration in the system. This is captured succinctly in the CERC’s Staff Paper on Energy Storage Systems from Jan-2017, which states:

… in the coming decade, the need for modernizing the grid will help the nation to meet the challenge of handling projected energy needs as well as increasing energy from renewable sources while maintaining a robust and resilient electricity delivery system. These challenges warrant a specific energy storage solution to cater to peak demand and to address the variability of intermittent generation. In this context, need is felt for specific Electricity Storage System that would provide economically feasible Electricity Storage Services to address these challenges. Energy storage can play a significant role in meeting these challenges by improving the operating capabilities of the grid, lowering power purchase cost and ensuring high reliability by maintaining unscheduled interchange as well as deferring and reducing infrastructure investments in new projects”.

Additionally, Energy Storage Systems also have multiple other applications, all of which contribute to the Power system in different ways:

The storage-as-a-transmission asset model proposed in the CERC staff paper issued in Jan 2017 is a promising model and merits consideration. According to this, a developer enters into a fixed, availability-based annuity contract with the Transco to develop the energy storage system, undertaking development, operations, maintenance and financing risk of the project. The system operator controls the dispatch of Stored Energy to maintain grid stability and maximize system benefit by providing ramping, peak-shifting, DSM (Deviation Settlement Mechanism) management and ancillary services. Discoms, being the sole and the biggest beneficiary of the energy storage asset pay the Transco for availing the services of ramping, peak-shifting, ancillary services and distribution deferral based on locational benefits.

Additionally, a DSM management fee is charged by the system operator to conventional & renewable generators, Discoms and Open Access customers for reducing deviational penalties. The need of meeting with the seasonal and regional increment in demands and to address the crisis of unavailability of energy at any given point of time, demands implementation and usage of energy storage in the power sector. Energy Storage will also relieve the burden of the state in fulfilling the peak load demand by purchasing costly power at peak time.

Lastly, all the three requirements, Daily balancing (peaking), Ramping and DSM management, needs grid-level intervention in the interest of grid stability and cost of electricity to the consumers. In the above context, storage can yield significant benefits for each application.

System Battery Energy Storage Systems (BESS) are a prime candidate for system flexibility given their versatility and short deployment period. Although price has been a concern in the past, BESS today enjoy the benefits of rapidly falling costs, short gestation period, small footprint and scalability, which is leading to rapid adoption around the world.

At this point, it is worth mentioning that Central Board for Irrigation and Power (CBIP) organised an International Conference on Energy Storage last year, where some key points emerged as a way-forward for adoption of BESS in a comprehensive and meaningful way –

Creation of a real time Energy Market can be a game changer for Storage. The following forms the initial steps towards creation of a market:

Owing to its placement in the value chain, Transmission offers the best scenario to accommodate BESS as part of its asset to reap maximum benefits. BESS as a grid element addresses concerns of Generation, Transmission and Distribution. Also, award of such a project through competitive bidding can add to the cost benefits as has been seen in Transmission projects across the country.