As per F&S regulations, it is clear that the wind and solar power generators connected to the State grid shall, either by themselves or through a QCA or through an Aggregator, 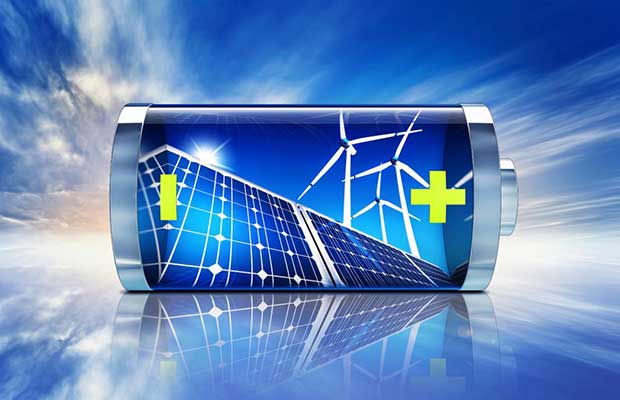 Considering National Action Plan on Climate Change, Nationally Determined Contributions (NDCs), India’s national policies and other initiatives encouraging renewable, India has a massive target of 175GW of installed capacity from renewable energy by 2022, of which 100GW is to come from solar and 60GW from wind. Considering India as an evolving place to put up solar businesses with international and domestic investors, the 100 GW target in Solar can not be considered as unrealistic or over-ambitious. But the large scale penetration of solar power in the existing grid can create the grid instability due to the variability and intermittency of solar and wind power generation; a proper energy mix of the conventional energy and RE is required due to which ‘forecasting and scheduling’ of the solar power generation is an essential requirement for grid management to optimize the effect of unscheduled fluctuations. Hence CERC, FOR and other state regulations propose the mandatory requirement of forecasting the variable power (solar and wind) generation. The forecasting requirement is one of several key aspects of making RE grid integration cheaper and more scalable, as RE penetration grows, its challenges for the rest of the grid will increase. Hence, according to F&S regulations, power producers themselves or third party or QCA or an Aggregator can produce the F&S for the plant. 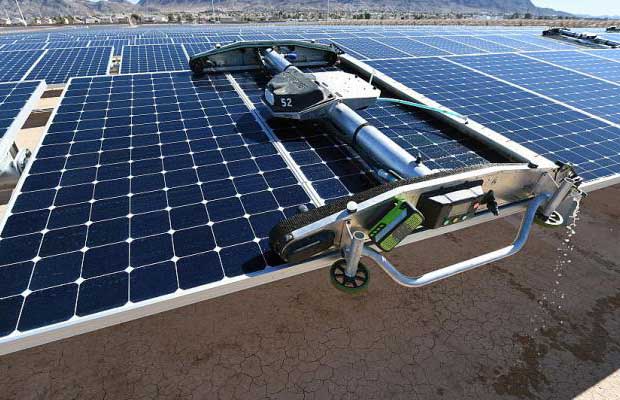 From a mathematical viewpoint, the game of forecasting is best considered as the study of the temporal evolution of probability distributions associated with variables in the power generation. Considering the present computation power, the plant specific forecasting is a doable job. The formal strategy in F&S of wind and solar power generation is predicting the weather parameters using of NWP (Numerical Weather Prediction) models and changing the values of weather parameters into power generation using the turbine or PV models considering the CFD (Computational Fluid Dynamics) based analysis in local areas. The recent development of deep learning algorithms in ANN (Artificial Neural Network) based methodologies have created a huge scope in forecasting the power generations. Considering the uncertainty in the initial value vector in NWP and learning vectors in DNN (Deep Neural Network), a powerful perspective regarding the forecasting methodology is to regard it fundamentally as a statistical rather than deterministic solutions  as the stability of the grid needs not just the production of power generation but also the uncertainty associated with it. 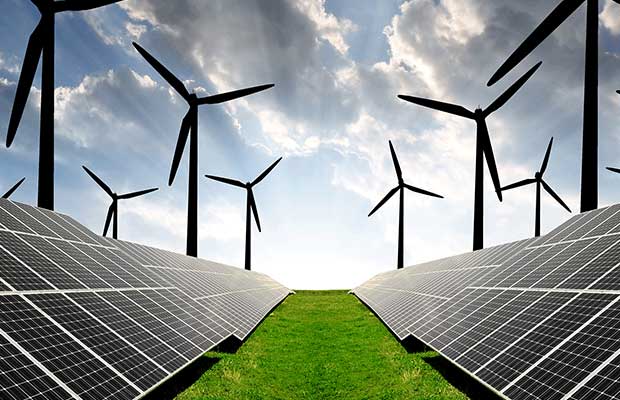 As per F&S regulations, it is clear that the wind and solar power generators connected to the State grid shall, either by themselves or through a QCA or through an Aggregator, furnish week-ahead, day-ahead and Intraday generation schedules for each polling-station or each generating-station as the case may be by using respective forecasting tools at their wind-farm / solar facility centric to the SLDC. The insertion of ‘each pooling-station or each generating-station’ shows the legislative intention that the forecasting has to be provided for each pooling-station or each generating-station as the case may be. It also specifies that forecasting should be wind-farm/solar facility centric.  Hence, as per different regulations, the error is defined as, %Error = (Actual Generation – Schedule Generation) x 100 / AvC.  Where AvC means for wind or solar generators cumulative capacity rating of the wind turbines or solar inverters that are capable of generating power in a given time-block; and only applicable to a solar or wind generator. The act is very clear and specific, AvC of the wind or solar generator shall be considered for % error calculation; not the whole portfolio of an aggregator or QCA as a whole, but all the plants’ capacity shall be considered individually and independently. Moreover, the insertion of ‘wind turbines or solar inverters’ also specifies that it is required for plant level individually or independently not aggregated level as a whole. For interpreting AvC of QCA or Aggregator as a whole, the word should have been wind plants or solar plants in the definition. By inserting the word turbine & inverter, the intention of the act is very clear, that it is required for turbine or inverter level for each plant independently and individually and not on an aggregated level.

Gaming in the forecast

A forceful adoption of ‘aggregation of forecast’ as ‘aggregated’ forecast creates the instability in the generation transmission system as it clearly explained in. To nullify the ‘gaming’ in ‘aggregated’ process regulations clearly defines the deviation as solar/generation centric. It also clearly mentioned in all existing regulations, the misdeclaration of AvC will be considered as ‘gaming’ which has strict consequences.Power producers knowingly or unknowingly can take part of the gaming of forecast but for this activity who will face the consequences scaring the foreign direct or private equity investment.One has an choice to play games with AvC for an example in a name of aggregation one can produce following output.

This type of scheduling is not only illogical, but violates the different clauses of F&S regulations. This type of F&S has a no use to stabilize the grid for a sustainable future andthe no-penalty deviation i.e, +/- 15% is applicable to this type of forecasting. Even it brings the primary question of capacity factor of the overall RE generations considering the scheduled power and declaration of AvC.

This type of pure ‘gaming’ should be stopped to stabilize the grid otherwise one should face the strict consequences in the name of ‘gaming in Forecast’ as per the regulation where it is clearly mentioned that ‘Gaming’ in relation to the Regulation means, an intentional wrong/mis-declaration of available capacity or schedule by any seller in order to make an undue commercial gain through charge for deviations.Interestingly, as per the definition of ‘Gaming’ the QCA or aggregator are not responsible, but through their act the power producers become responsible for the consequences.

It is already explained in that how the power producers are affected in name of aggregated forecast.Even according to APSLDC regulations it is already mentioned that if there is no consensus among the Generators connected in apooling station or connected to Grid SS through a common feeder for the formation of QCA, then the generators who are not willing and consensus with other generators to form QCA can take separate connectivity from STU/Discoms and have a separate SEM at interconnection point and furnish the Schedule.Most (transmission) grid operators need to predict the supply and demand at each grid node, i.e., the pooling station (sub-station) level due to the reason that transmission lines can often be congested, and are at the level of system control (in some ways they are the bridge between supply and demand). Unfortunately the forceful and wrong adoption of ‘aggregation of forecast’ as ‘aggregated forecast’ can have a huge financial impact on power producers, transmission company and overall the grid in very near future considering the massive target of 175 gigawatt (GW) of installed capacity from renewable energy by 2022.