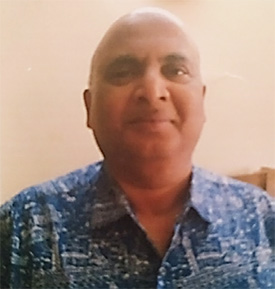 Diagnostics of a solar power plant can be an important tool to evaluate the “health” of a solar plant and identify measures to improve generation and optimize O&M. A typical diagnostics study would entail complete power flow mapping of a solar plant by measuring module degradation and damages, O&M efficacy, inverter efficiency, breakdown and plant availability etc. to understand where the developer is losing generation.

The O&M team is responsible for healthy lifespan of the plant as well as for addressing fatal issues immediately. Some of the specific issues are discussed below: 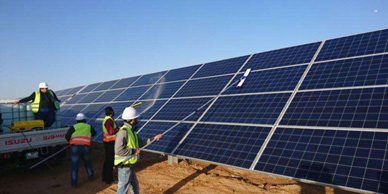 Cleaning methodology and frequency is barely adjusted as per the site conditions. For example, a high TDS-rated water could lead to scaling on modules, whereas areas with sticky dust might need an IPA solution to clean the modules. If the cleaning is not done properly, there might be uneven soiling present on the modules which might lead to hotspots. 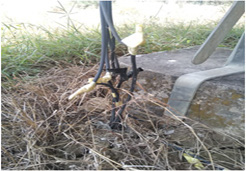 At a 50 MW plant, located in the basin of a salt lake in Rajasthan, we observed severe corrosion in the structures due to the high salt content in the atmosphere coupled with water-based cleaning of modules twice a month. Even alternate waterless cleaning cycles could have significantly reduced the rate of corrosion while maintaining low soiling levels on the modules.

Results of PID reversal tool deployment are shared below

Figs. EL Images before & after reversal

If the modules in a plant are highly degraded and the variation in degradation of individual modules is high, then re-binning of modules can be conducted to reduce mis-match losses. A combination of re-binning along with PID reversal or module replacement can lead to much higher increase in generation from the plant.

At a 8MW site in Gujarat, we were able to achieve an increase in generation by ~1% due to re-binning of modules.

Most of the O&M issues can be avoided with proper awareness and training. The solutions related to O&M are situation specific. For instance, if there is under-performance because of soiling in the system, the easiest and most effective solution is to conduct periodic cleaning. Many times, the cleaning itself poses a threat to the system causing moisture ingression and corrosion. Hence, novel O&M practices like robot-driven mopping and reducing the frequency of washing if water salinity is high, should be adopted according to the site conditions.

At a 15MWp plant in Gujarat, the above practices were enforced and an overall average power gain of 2% was observed. And not just soiling, a lot of loss-causing defects can be checked in time if close attention is paid to the overall condition of the plant components. That being said, it’s also imperative that thorough inspection must be carried out by the O&M personnel, consistently.

With the solar industry growing fast, it is necessary to address the issues related to module defects, O&M practices, inverter and other BoS component’s performance to ensure optimum performance of the plant. It is extremely important to keep the health of these components up to the mark as they all contribute to the optimum performance of the plant. If you have reasons to believe that the plant is underperforming, ensure that you conduct frequent diagnostics to evaluate the reasons behind this underperformance and take appropriate measures.