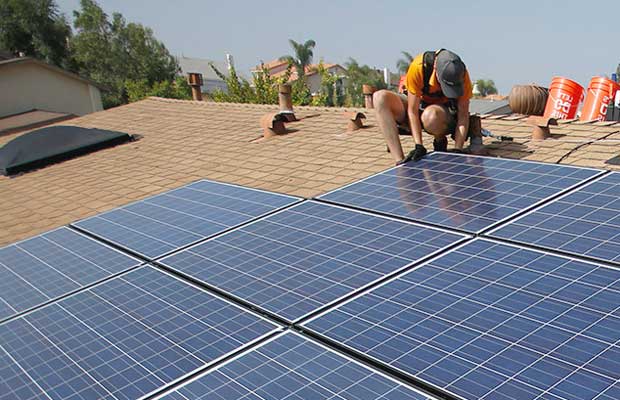 Rooftop solar market in India is speculated to add new capacity of 700 MW in 2016 – 15% of total solar capacity addition this year. According to Bridge to India, the cumulative capacity crossed 1 GW by September and is growing at a sizzling 300% over last year. Ministry of Finance has reduced depreciation rate under Accelerated Depreciation (AD) policy to 40% from April 2017. It is not yet clear if AD benefit will be available for solar projects after this date. Rooftop solar has maintained a 10-12% share of overall solar capacity addition in India. Bridge to India notes that potential removal of AD and 10-year tax holiday benefits from next year coupled with clarity on status of financial subsidies, improving economics of rooftop solar and implementation of net-metering are driving rapid growth in rooftop market. Huge demand is coming from both private and public sector. The government is providing subsidy of 25% to public sector and giving stiff targets to government departments for rooftop adoption.

However, when it comes to installing a solar panel system on rooftop, we often come across common question – Should we Buy or Lease our system? In this article we tried to look at both the options and help those in perplexity answering what`s the better choice.

Current solar landscape features a range of innovative financing options, including third party power purchase agreements (PPAs) and leasing, which have helped bring solar into mainstream. Now since price of solar panel systems have dropped so significantly, purchasing asset is a better value for homeowners. PPA/leasing model in the developed markets has become one of the most popular methods enabling power consumers realize benefits of solar energy. According to a study, in many countries more than 70% of consumers who go solar prefer third-party ownership.

Lease model for solar is typically somewhere in between OPEX model and CAPEX model. Under this model, power consumer pays some upfront cost and then pays equal installments over a few years. Thereafter, ownership of the project is transferred to power consumer. Main difference between buying and leasing a solar PV system is in ownership. If you buy a solar panel system, you own the system either outright or after repaying your solar loan. If you lease the system or sign a PPA, a third party owns the solar panel system. This impacts cost, maintenance, terms, fina-ncial offsets, and savings/returns on investment of your solar panel system. It is worth noting that not all companies offer solar leases and/or PPAs—before going solar confirms that your chosen provider offers financing option you want the most. Owning a solar panel system with cash, or repaying solar loan, is best option when you- a)-want to make most of the financial benefits of installing a solar panel system, rather than solely benefitting from system’s environmental benefits, b)- are eligible to reduce your state tax liability through central investment tax credit, c)- own a business and can realize tax benefits by treating the solar panel system as a depreciable property; and/or d)- want to increase market value of your home by installing a solar panel system. You save more money if you purchase a solar system in cash. As the owner of the solar system, you receive all rebates (and subsidies up to 30%) and additional Solar Renewable Energy Credits (SREC) that your new solar panels produces. These incentives are forfeited in exchange for a low upfront or zero down payment option in lease. Additionally, there are many ways to calculate the total cost of a 20 year lease v/s purchasing the system. If you look at the cost of electricity down to the kWh, the solar leases are also twice as expensive as owning solar, plus there is annual escalator built into them. According to industry experts loaning is usually safer than leasing. Many home owners are financing their solar panels through a home equity loan or a second mortgage. Nowadays, most of the installers offer long-term financing at very affordable rates.

Solar leases are long term agreement, usually on a 20 year term without the ability to buy out or pay off early. Though monthly rate set forth in lease agreement is usually slightly less than the existing monthly electricity bill, the resulting cost per kWh with lease payment is typically a higher amount than the calculated kWh rate than purchasing the system.

Even Industry experts say that people should look at purchasing a solar system as a long-term investment. A solar lease is not an investment – you do not have ownership of the solar system itself (you have no assets). Solar leasing is a longterm commitment to 10 20 years of lease payments.

Leasing solar power system may also reduce value of your home – developers and leasing companies advertise that home value increases with the solar lease. It may be true in some cases; homes with low electricity bill will be worth more. However, your agreement with leasing company can hinder when you`re trying to sell your home.

Getting a buyer that succeeds with excellent credit and agrees to assume your solar lease can be tough job. Otherwise, paying yourself out of the lease can be very costly.

It is worth mentioning here that a lease can come with a fixed, increasing or decreasing payment plan. You are only saving money if utility bill savings actually exceeds the lease payments. No one
really knows where electricity price will be ten years down the line. Likewise, no one knows what solar systems will cost in the future either. You have to understand that solar lease feasibility is completely subjected to predictions about the future.

In last five years,  price for solar equipment has dropped drastically. Thus, solar is less expensive in today’s post rebate world. And when you are getting subsidies for installation going solar becomes very affordable – and in many cases it is actually priced better than your utility on an average price per watt. As the prices go down, the ROI for builders and homeowners goes up. This is significant, particularly since the price of solar continues to drop, as more communities offer solar as standard and consumers expect it. It’s very easy for builders to tie affordability and savings back to consumers, who are starting to demand solar more and more. Thanks to great pricing and shorter paybacks, builders and homeowners in particular can secure all the benefits and long-term value by installing solar, without having to use third party or leases.

Consumers have recognized solar power as an admissible premium cost and value when making property purchase decision and know that electricity rates aren’t going cheaper. The return on investment for solar power will continue to grow as the electric companies continue to increase rates.

Deciding whether to invest in a solar electric system or not becomes quite tough for homeowners who usually want to see a comparison of cost per kWh for solar and the price per kWh that they are paying to electric company.

The best thing about solar power is that calculating costs and savings can be done on a per kWh unit basis using simple division. From there, it is very easy to demonstrate lifetime savings and payback time frames for each customer. Solar design professionals do consider several factors to determine actual production and savings potential, it is imperative to remember that electricity rate has been increasing at about 5-10% percent per year. Early this year there were reports electricity may get costlier by 10 to 13 paise per unit after Coal India increased prices in May.

This is happening across the nation. For another instance in March this year, Karnataka Electricity Regulatory Commission (KERC) recommended a 9% power tariff hike by Escoms (Bescom, Mescom, CESC, Hescom, Gescom & Hukeri RECS) in the State. In comparison, solar offers advantage of a cheaper, locked-in price. Solar owners see the offset savings continue to grow as the AVG utility rate increases over time. Owners can lock in a utility rate for life of the system and become energy independent.

Some of the savings really helped customers see how owning a solar system is significant on many levels. Interestingly, many solar power companies in India are
now looking to expand the rent-yourroof model for developing solar power systems and sell electricity to large industrial and commercial consumers. A number of developers are looking for customers who are looking for cheaper and consistent power supply.

The rent-your-roof model is said to be a win-win situation for developers as well as the consumer hosts. Land cost represents single largest expense in  development of a solar power project. Additionally, land acquisition remains a politically contentious issue in India. A long-term power purchase agreement shields consumer from escalating electricity tariffs, which are usually increased every year. Rooftop solar power system also promises consistent power supply, whenever the sun it out. Here are list of drawbacks of leasing and benefits of owning Rooftop solar panel systems:-

• Solar leasing companies own solar panels, so they, not you, get the tax credit.

• Solar leasing companies own the power that your panels generate, so although you will get a reduction in your monthly bill you will still be obligated to continue to pay to solar leasing company. In essence, they become your utility provider.

• Price per kilowatt may be fixed, but solar service providers often build an annual price escalator of 1-5%.

• Getting a buyer that succeeds with excellent credit and agrees to assume your solar lease can be a tough job. Otherwise, paying yourself out of the lease can be very costly. Solar contracts require  new owner to take over the leases and terms, which often aren’t attractive terms to potential new owners who would prefer to own the equipment. In these cases, current owner may be liable for the remaining lease term and any fees associated with removing equipment.

• You can’t claim ownership or get credit on your appraised value with leased solar panels. Benefits of owning solar panel system

• You get the SRECs (Solar Renewable Energy Credits)

• You pay little or no money for your electricity bill

• You own the system, so you get higher value for your home and can legally sell it.

With leases there are no yields and customers lose a lot of benefits like tax credit and short payback.  Additionally, they are locked into 10- 20 year agreement with minimal savings. This is significant; since purchasing a system will cost you less if we look into it as long term investment. Recent reports show that payback period of solar power systems is now as low as three years. Prices of solar panel system are expected to come down further in the years to come. Photovoltaic manufacturing in India under government’s Make in India initiative may also increase significantly in the coming years; so with the government benefits and tax saving it seems owning a system won’t be a wrong investment at the moment.