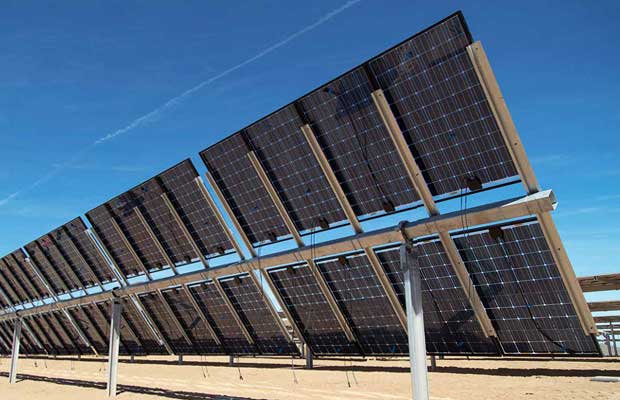 As solar technology has improved over the last decade, the prices have dropped exponentially as module efficiency has advanced. In recent years, there’s been a growing concern that we are approaching an efficiency ceiling. Bifacial solar cells and modules are making a big comeback as the photovoltaic industry is looking for more ways to generate more power out of the extant solar panel technologies. Conventional PV cells and modules are monofacial, this means that their electrical power output is a function of the direct and diffuse radiation captured on the front side of the cell only. However, bifacial cells and modules have the ability to convert light captured on both the front and back sides of the module into electrical power. Bifaciality increases PV system energy capture dramatically in some cases—and rewrites conventional system design rules in interesting ways. Let us take a closer look at what bifacial solar panels are and how they actually work. On the design front bifacial cells employ a standard front surface design that is very similar to the ones that are used in screen printed solar cells that are practically the industry standard. The only major difference is the structure of the rear surface. It is not much higher quality, which makes it possible for the photogenerated charges on the rear surface to contribute to the power production as they travel towards the front surface. The design also makes it necessary to use transparent materials on either side of the module.

Conventionally, bifacials were used in building integrated photovoltaic applications and in areas where most of the solar energy is in the form of diffused sunlight that has bounced off the ground and all the surrounding objects. However, with the plateauing of peak efficiencies and cheaper solar glasses, bifacial modules are back in the limelight 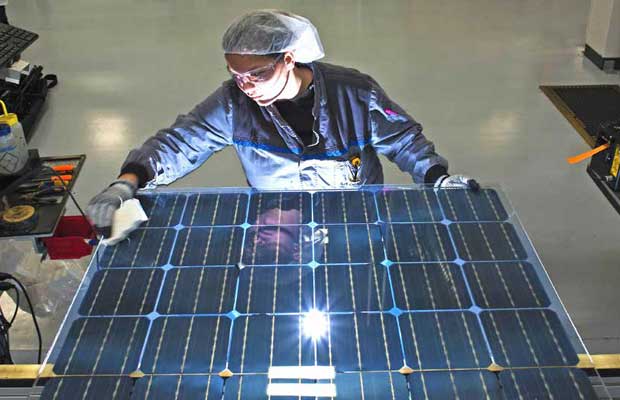 Scientists have been working on bifacial PV cells since the rise of the solar industry. Japanese researcher H. Mori proposed a bifacial PV cell design in the year 1960 and had successfully developed a working prototype by 1966. Russian and Spanish researchers proposed uses for bifacial PV cells around the same time. It was the Russians, however, who first deployed bifacial PV modules in the 1970s, as part of their space program. A major milestone occurred in 1980, when Cuevas and some of his colleagues in Spain documented the ability of lightcolored surfaces to direct reflected light (albedo) to the back of a bifacial PV cell and increase its power output by 50%. Due to the high cost of producing bifacial PV cells, the first terrestrial applications for this technology were relatively late to emerge. One of the best documented early field applications is a north-south oriented vertical photovoltaic noise barrier that Swiss researchers deployed in 1997 along the A1 motorway in Zurich using 10 kW of bifacial PV modules. The first signs of commercialization, at least in North America, appeared roughly a decade later when Sanyo introduced its first UL-listed HIT Double bifacial PV modules. In 2011 Panasonic completed its acquisition of Sanyo and subsequently discontinued the bifacial product line, as of January 2017. However, now more and more manuufacturers are diving into the bifacial solar cell segment as it make up significant percentage of worldwide PV cell sales. The technology is in some ways a continuation or logical extension of standard monocrystalline silicon (mc-Si) cell technology. Depending on whether the semiconductor material contains a relative abundance or deficiency of electrons, the industry broadly categorizes mc-Si cells as either n-type or p-type devices, respectively. It is possible to fabricate bifacial cells out of both p-type and n-type wafers, given high-quality silicon material, although the process requires some additional manufacturing steps compared to producing conventional monofacial cells.

It is worth noting that today more than 90% of the PV cells sold worldwide are based on p-type architecture, while the majority of the bifacial products are n-type devices. This highlights the fact that many n-type PV cells, which are primarily found in niche high-efficiency modules are inherently bifacial.

According to industry experts p-type devices are dominating the market because they are cost-effective to fabricate at scale and can provide a good balance between performance and cost. However, n-type bifacial cells offer the highest efficiency. Irrespective of the specific cell technology, the rear side of a bifacial PV cell needs to be able to act as a collector, which requires advanced architectures and manufacturing techniques. The authors of the informative Electric Power Research Institute (EPRI) Bifacial Solar Photovoltaic Modules notes : The opportunity for bifacial cells depends on both its technical and economic upsides. Today’s crystalline silicon and thin-film monofacial PV cells commonly use a fully metallized backside. This feature involves a moderately thick metal contact for reduced series resistance and is relatively inexpensive to produce. By contrast, bifacial cells incorporate selective-area metallization schemes to allow light between the metallized areas. 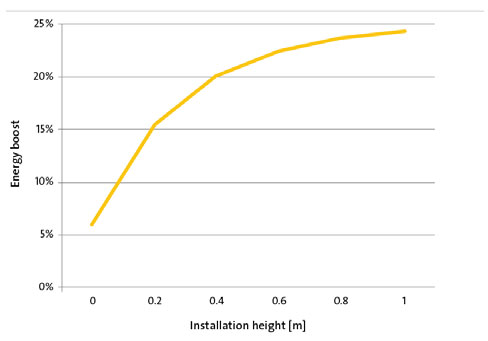 The lower amount of metal changes how cell performance is optimized, potentially requiring tighter (i.e., more expensive) specs on the silicon and thin-film material used and also increasing series resistance concerns.” The author further notes that “bifacial cells may employ different metals, such as copper and nickel, and/or deposition methods, such as plating or inkjet printing, which, in part, requires different equipment and entails a potentially more complex manufacturing process. Consequently, the backside metal represents a non-trivial impediment to manufacturing bifacial cells with high performance and low cost. This added complexity and cost needs to be offset by the performance gain from increased light collection. Specifically for monofacial crystalline silicon cells, the backside metal is typically composed of aluminum, which reflects approximately 90% of the light that reaches it. A selectively metallized bifacial cells needs to employ other means for effectively trapping light in the silicon, thus allowing for the greatest chance of turning a photon into an electron. Meanwhile, thinfilm PV technologies need to overcome fundamental materials science issues before they can be adapted to bifacial applications. Cadmium telluride (CdTe) and copper indium gallium selenide (CIGS) absorbers lack a p-type contact material that is sufficiently transparent and conductive while being low cost enough to manufacture. As a result, opaque metal contacts will likely be used on the p-type side of thin-film cells for the foreseeable future.”

To match the photovoltaic generation profile with the onsite demand, most of the consumers go for an east-west orientation. Half of the panels are tilted towards the east and the other half are tilted towards the west, for better generation peaks in the mornings and afternoons respectively. The double peak profile better matches the electricity use onsite, especially for commercial and residential installations. This approach will work even better if we employ vertically installed bifacial modules, which would cut down the number of required modules by more than half. Not only will this setup benefit from the two generation peaks, it will also benefit from all the diffuse light that enters the module from the indirect side.

The module technology’s first prototype was produced using bifacial ZEBRA IBC solar cells from ISC Konstanz with efficiencies as high as 22%. The cells were fabricated using industrially proven process equipment and standard industrial 6-inch n-type Cz monocrystalline silicon wafers. The module’s structural reliability is ensured by using a double-glass insulation technique perfected by SERIS since 2009. Encapsulated using the double-glass structure, IBC bifacial solar modules could offer a longer warranty period of 30 years or more. Furthermore, by utilizing the bifacial nature of the solar cells, as much as 30% extra power is generated by the double-glass module due to reflection of sunlight from the ground (‘albedo’) towards the module’s rear surface. Dr Wang Yan, Director of SERIS PV Module Cluster, is ecstatic about this new product. “With SERIS’ new module design, panels with 350 Watts front-side power can be made with sixty 23% efficient screen-printed IBC cells. Considering an additional 20% of power via the panel’s transparent rear surface, each 60-cell IBC bifacial module will produce a stunning 400 Watts of power in the real world.” The world’s first full-size IBC bifacial module has several unique features:

All back contact: This eliminates metal shading losses from the cells’ front surface. As a result, the module can achieve higher current and efficiency outputs.

Bifacial nature: The module is able to absorb light from both its front and rear surface, with a bifaciality of 75%. This enables the module to convert sunlight that enters via its rear surface, as a result of reflection from the ground and the surroundings. 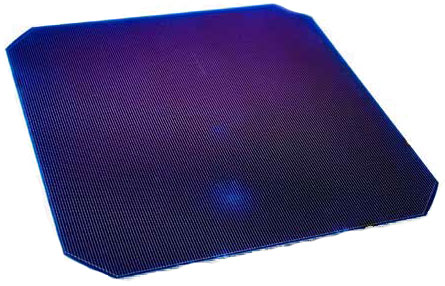 Double-glass structure: The cells are encapsulated between two glass panes using polyolefin elastomer (POE), which guarantees a long module lifetime in the field.

Low-temperature interconnections: This prevents warping of the IBC cells due to heating.

Specially designed & customized electrical junction box: This prevents shading of the rear surface of the bifacial IBC cells. Industrially feasible solar cell and module fabrication process and equipment: This enables the module to achieve high efficiency at lower cost and means that the technology is ready for industrial production.

Dr Radovan Kopecek, founder of ISC Konstanz, Director of Advanced Solar Cells and Lead Scientist for ZEBRA development since 2009, has ambitious future plans for this technology: “Many people now might think that putting highly efficient IBC cells into bifacial modules does not make sense – but our consortium will prove them wrong. The ZEBRA process is extremely simple and cost-effective and so is the module manufacturing process. In large bifacial systems, this technology will lead to the lowest LCOEs ever. Bifaciality is quickly gaining popularity and, since a few weeks ago, one can also simulate the bifacial advantage using PVsyst – such developments will give many bifacial technologies the breakthrough in the PV systems arena”.

Prof Armin Aberle, SERIS CEO, is also enthusiastic about the development, he said “IBC cells are famous for their efficiency, reliability and durability in the field. The newly developed IBC bifacial module is a testimony of SERIS’ R&D capabilities in the PV module technology sector. The module technology offers world-class front side power while providing free extra power from the rear side. As a result, it has excellent LCOE potential” he explained. “The prototype module made at SERIS serves as a proof of concept for mass production. The next step will be to transfer the technology to industrial partners.” He believes that such a high-power product could be available in the market within two years.