How to Choose the Best Solar System for Your Roof

Being a tropical country, India is blessed to have a good amount of access to natural resources like solar. About 5,000 trillion kWh per year energy is incident over India’s land area with most parts receiving 3-5 kWh per sq. m per day. Based upon the availability of land and solar energy, the potential of solar power in the country has been assessed to be 750,000 MW. The challenge lies in efficiently utilizing this natural resource. 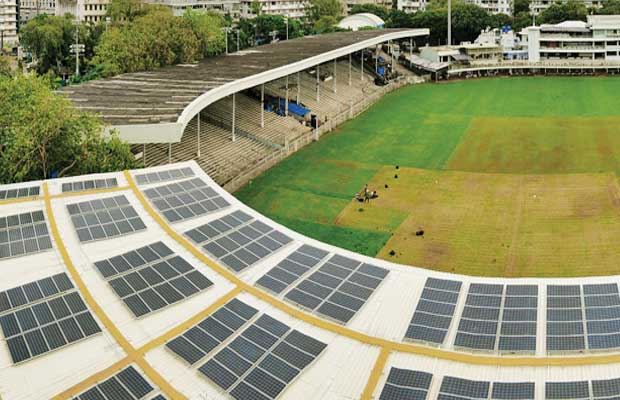 The Government of India is aggressively focusing on achieving a target of installing 175 GW of renewable energy by 2022, out of which 100 GW is to be accounted to solar sources. Though to achieve this gigantic goal, so far, sanctions for solar rooftop projects of 2,009 MWp capacities have been issued as on March 31, 2018 and about 1,063.63 MWp capacity has been installed.

What is a solar rooftop? 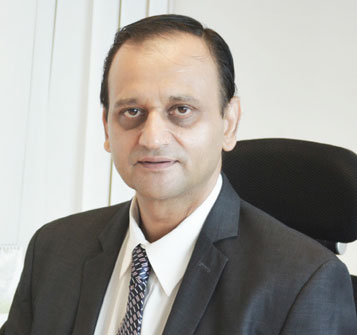 A solar rooftop system is typically a setup wherein solar panels are installed on the roof of any residential, commercial, institutional and / or industrial buildings. Largely, grid-connected solar rooftop systems have garnered sizeable acceptance. In the case of excess power beyond consumption by the connected load, the grid-connected PV system supplies it to the utility grid.

Grid-connected solar rooftop system has the potential to emerge as an efficient manner in which utilization of vacant roof space can be made. Since, it incurs lower transmission and distribution losses; it results in reduction in carbon emission. This ensures long term energy and ecological security.

Before choosing anything else, ask yourself

1) Is your roof wide enough?

To install a grid connected solar rooftop, the size of the roof and shadows falling over the roof must be checked. About 10 sq.m area is required to set up 1 kWp grid connected rooftop solar system.

2) How costly is the Sunshine?

Though solar power can cut down your electricity bills, it does require some installation cost and initial investment. Figure out how much you can spend and plan your solar implementation accordingly. The cost of solar varies from Rs. 40,000 to Rs. 6,00,000 depending upon how much of the energy you can generate. You can calculate your cost by following method (simplistic way of arriving at approximate)

Calculate your approximate load (in watts) for a day

How to choose solar panels?

Once the roof size availability is checked, careful consideration needs to be taken with regards to the type of solar cells in the panel. There are namely three types of cells:

Since these solar panels yield the highest power outputs, they also require the least amount of space compared to any other types. The monocrystalline solar panels are efficient typically upto 17-22%.6 As per Government of India guidelines on design qualification and type approval for crystalline silicon terrestrial photovoltaic modules, the customer should look out for IEC 61215/ IS 14286 certified panels.

These solar cells are also made from silicon. However, instead of using a single crystal of silicon, many fragments of silicon are melted together to form the ingot and then AST into wafers for the cells. Since there are many crystals in each cell, there is less freedom for the electrons to move. As a result, polycrystalline solar panels have lower efficiency ratings than monocrystalline panels.

Amorphous silicon is the non-crystalline form of silicon. It is deposited in thinfilms, due to which its efficiency is lower as comparative to the former two. Also, high temperatures and shading have less impact on these solar panel performances.

Panels should also be supplied with the MNRE mandated RFID tag that allows the panels to identified and tracked to the manufacturer for verifying performance. Largely, modules generally come with a warranty of 25 years. The output of a panel falls down per year (degradation) by around 0.5 per cent as yoy basis to 0.8%, which means a panel may produce around 80 per cent of its rated power after 25 years of use.

B. Zeroing in on the mounting structure

Majority of the Indian rooftops are flat type so before installing a rooftop mounting solution you need to take care of the following things:

1. First and the most important thing is safety before installing rooftop solar you should checkout your roof’s load taking capacity.

2. You should also checkout for the wind speed test to avoid damage to your solar panels due to high wind speed.

3. Make sure the mounting structure should be easy to install and it is also recommended that you should choose low weight and zero-roof penetration structure.

4. You should also make sure the mounting structure should be rust-free and suitable for all the climatic conditions.

5. You should also make sure your structure should have covered under warranty for any quality related issues. Most of the structures today come with a warranty of 15–20 Years.’

It is important to note that the correct choice of the mounting structures for your solar system project is very essential in terms of the overall production, efficiency and lifetime of the solar panels.

Solar rooftop mounting structures can prove disadvantageous if the roof orientation and angle are not optimal, thus wasting lots of potential energy that your system could generate. Therefore, for optimal system efficiency, it must be ensured that there is no shadow from trees or other buildings in the optimally free airflow path of your solar panels. Keeping in mind the above mentioned points, it can be said that choosing a solar rooftop for your own roof is not a rocket science, given that certifications and safety components are given prime importance.

You can always visit websites including Tata Power Solar website for an initial estimate of the potential generation and savings for your rooftop solar.