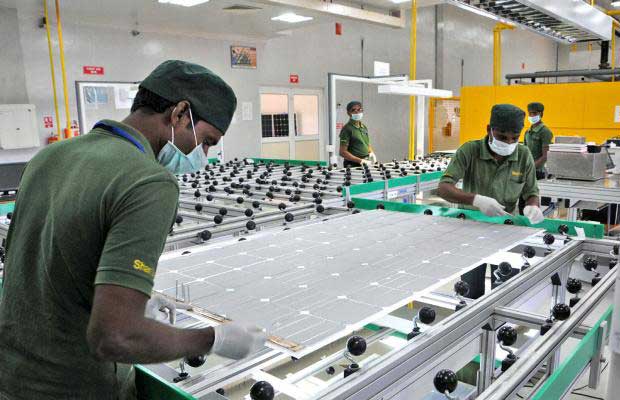 2 days after the announcement, we spoke to industry insiders, as well as considered the factors that could make or break this latest effort. At the outset, it has to be said, this seems like the final bow in the government’s quiver when it comes to catalysing manufacturing in India. After years of cajoling, poorly thought through moves half hearted efforts like the safeguard duty imposition, which barely moved the needle, the latest move finally ticks some key boxes. It creates space for almost guaranteed and predictable demand thanks to the time period stipulated between 2019 and 2022-23, it has provisions for viability gap funding for the CPSU’s, and the government has even moved to a focus on modules and cells, from a previous insistence on ingots and more.

Predictably, the biggest applause has come from the Indian Solar Manufacturers Association, dominated by a few top manufacturers, from Jupiter Solar, to Adani Energy, to Waaree, Vikram Solar and IndoSolar. The association highlights a domestic manufacturing capacity of 9GW in modules, and 3 GW in cell manufacturing, enough to handle the demands of the 12 GW plans. Or does it?

At least 2 major Chinese players we spoke to, point out that they have acquired land for a manufacturing plant since 2015 and 2016 respectively, yet, not gone ahead with plans. They blame the inconsistent nature of demand in India, the fact that it remains a very low margin  business, and making money in manufacturing at India’s ceiling rates remains a very tough business. Especially for quality manufacturing. Worker productivity was also brought up as an issue, though we have been unable to get actual data on that yet.

The MNRE ministry itself, in a cabinet presentation in 2017 had blamed obsolete technology as a factor for Indian manufacturers not getting enough domestic orders. Or the fact that the ministry faced a hobson’s choice between supporting domestic manufacturing and forcing down prices. a situation where it chose decisively to go with the latter option, as the bid levels in 2018 demonstrated. Rs 2.44 per unit remains a price the MNRE would dearly love to stay close to. Experts opine that with domestic modules, that price can never be below Rs 3 or higher, a figure disputed only by a domestic manufacturer out of 5 industry people we spoke to, who did not want to be named however.

Another industry insider points out that technology upgrades for Indian manufacturers would not be easy without access to better funding, as most of them struggle to show a profit currently. Firms like Moser Baer and IndoSolar’s financial struggles have been very well documented to require any reminding that the manufacturers are not exactly flush with cash.

The challenges for domestic manufacturing were amply demonstrated in the poor response to SECI’s earlier efforts to push manufacturing linked tenders. A planned 10GW solar tender, with 5GW of manufacturing had to be pruned all the way down to 1.2 GW as interest flagged. Finally, only Azure Power made a bid for 600 MW of manufacturing and forcing Solar Energy Corporation of India (SECI) to eventually scrap the bid. Just last week, a fresh 3GW solar / 1.5GW manufacturing tender has been released, with maximum tariff payable to the developer at INR 2.75/kWh for 25 years. That could yet be a bridge too far more most.

Thus, provisions like the focus on modules, cells, and VGF seem to be well thought through. And a clear indication that the government will live with slightly higher prices if that creates the jobs it expects a manufacturing push to deliver.

Importantly, players like Softbank have indicated their interest in really massive projects in the country, even going so far as to indicate a target of 25 GW, in which case, this might be a test case to see if they walk the talk. With a huge 7.5 GW plan already out for Leh and Kargil in J&K,  with fewer conditions and more incentives than usual, the government does seem to be coming around to the idea of walking half way to meet Softbank’s terms.

Either way, for Indian manufacturers, if they have products that will satisfy MNRE specifications, the times may finally be changing.