Electric Two Wheeler Sales To Grow at 87 Percent to 3.4 Million In 2025 in India

JMK Research and Analytics has predicted a CAGR of 87 percent for the electric two wheeler market in India to 2025. Surprisingly, for once such aggressive growth numbers seem to have every chance of succeeding 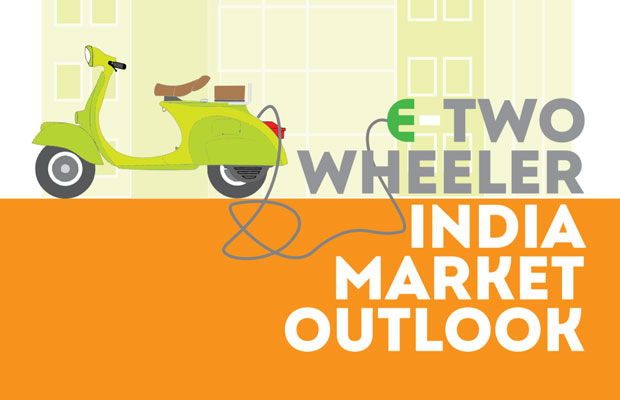 The electric mobility revolution in India will arrive on two wheels. That seems to be the basic message of a research report turned out by JMK Research and Analytics, which looks at the exiting, potential, and industry view of the electric two wheeler market in the country.

Two wheelers, which constitute 70 percent of the market in India, making it the worlds largest two wheeler market, are an obvious case for expecting a change first. Government subsidies under the FAME2  (Faster Adoption and Manufacturing of Hybrid and Electric Vehicles) programme  will also help , thanks to the lower subsidy amounts needed here, unlike personal cars. The government has already expressed a preference to fund pubic transport with subsidies, and not personal 4 wheelers. Importantly domestic component requirements like 50 percent for vehicles will also be easier to meet on electric two wheelers, where Indian firms have been globally competitive for a while now. 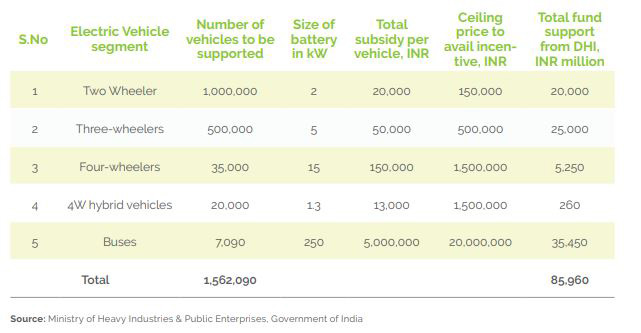 n the last few years, India has shown considerable progress in the electric two-wheeler (E2W) space with serious players entering the market such as TVS, Bajaj, and Hero. From FY2016 till FY2020, the E2W market in India has grown by a CAGR of 62%. Also, more than US$600 million of investments have been raised by various E2W startup companies in the last two years.

A key sign that the push will come from both market players and the government is the entry of multiple startups in the two wheeler space, which have ensured a wider basket of choices and price points for buyers. Of course, every player has had to go back to the drawing table to meet government mandated specifications to qualify for subsidies, from minimum speeds to range to battery types.

Besides these, waiver of registration fees, and lower GST rates have also supported the push. 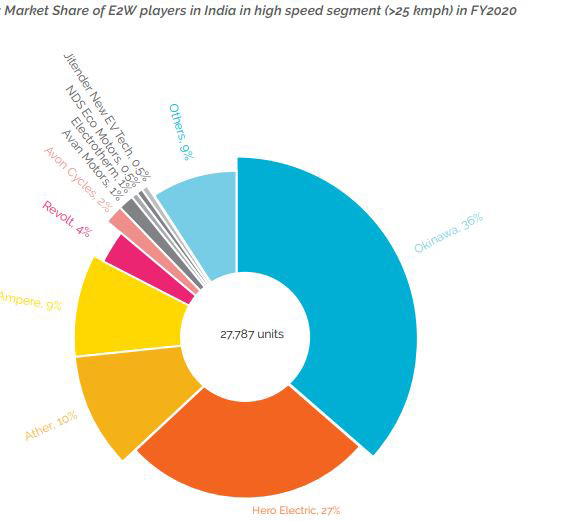 Approved Models That Qualify For Subsidy 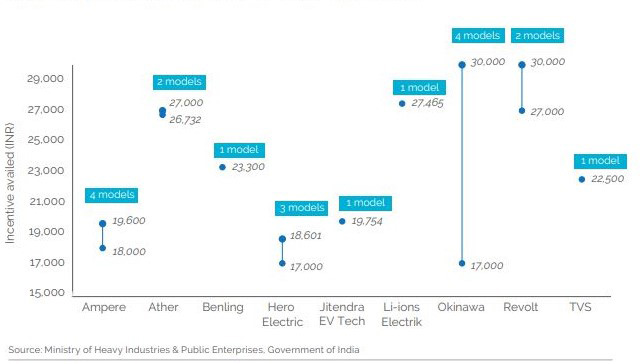 While South Indian states have led the move to electric so far, as prices drop, North India is also bound to join in soon.