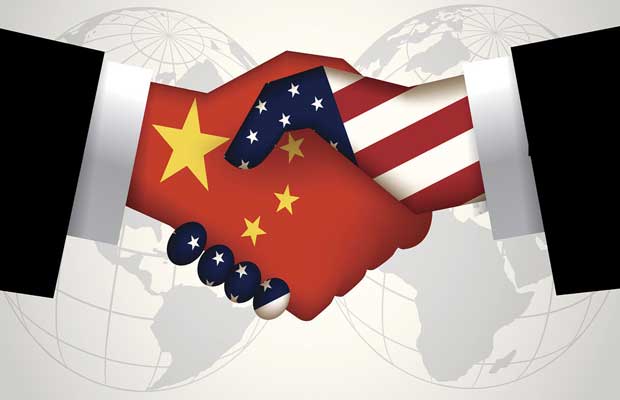 In a new study, researchers from Stanford’s Steyer-Taylor Center for Energy Policy and Finance make some intriguing and perhaps controversial solar policy recommendations for the U.S. government. The researchers encourage the U.S. to reconsider a wide variety of its solar energy policies, including its trade war with China, in order to maximize the industry’s long-term benefits to the global climate and to the U.S. economy. A key recommendation is that the U.S. should work more closely together with China, which the researchers call the major driver of the global solar industry, with each country capitalizing on its particular strengths rather than focusing solely on competition.

“The Chinese are not only leading the world in terms of the manufacturing of solar equipment, but they are also the largest deployer of solar energy,” said Dan Reicher, a co-author of the report and executive director of the Steyer-Taylor Center, which is a joint research center involving Stanford Law School and the Stanford Graduate School of Business. “And they are getting increasingly competitive in the research and development area, which the U.S. has historically been dominating. With a new federal administration and a new Congress, this is the time to be thinking about what we want the U.S. role in solar industry to look like five, 10 years from now.”

Titled “The New Solar System,” the study is based on two years of research and supported by a grant from the U.S. Department of Energy’s Solar Energy Technologies Office.

The study says solar power currently supplies about 1% of global electricity, but the International Energy Agency predicts solar PV could grow to make up 16% of global energy by the middle of this century, and others predict even greater growth. The study says the U.S. government should embrace a globalizing solar industry, continue to invest in the deployment – as well as the research and development (R&D) – of solar energy, and, above all, prioritize plans that reduce the cost of solar power.

“A lot of money is being thrown into solar energy right now,” states Jeffrey Ball, the scholar-in-residence at the Steyer-Taylor Center and the report’s lead author. “We’re trying to identify public policies and private financing mechanisms that would spend that money more economically and efficiently, scaling up clean energy for all.”

Solar technology R&D has been helped by significant funding from the U.S. government. The Stanford study recommends increasing U.S. spending on solar R&D and encouraging international research collaborations between China and the U.S. Such collaboration raises concerns, such as intellectual-property protection and national security, but cooperating intelligently is crucial to solar power’s growth, the study says.

In the study, the Stanford researchers also analyze and describe the current state of China’s solar industry, and they attempt to debunk what they consider several myths that are prevalent in Western countries.

“China’s solar industry and market is grossly misunderstood in the West,” says Ball.

For example, the study says there is a perception that the global solar industry is centralizing in China and that its solar market is largely closed to foreign investment. However, the researchers find that China’s dominant solar companies are, as they grow larger, increasingly tapping international capital and spreading their operations across the globe.

In addition, the study says that top Chinese officials and corporate executives are eager to apply a range of more efficient financing mechanisms that have been used in the West to dramatically scale up solar deployment in China, already the world’s largest solar market. This newfound interest on the part of Chinese leaders represents a potentially valuable opportunity for the U.S. and other countries in the West, according to the report.

One major myth, the study charges, is that tariffs imposed on Chinese solar products by the U.S. and the European Union are hobbling the Chinese solar industry.

Rather, the study says tariffs imposed by the U.S. against imported Chinese solar products are forcing the Chinese solar industry to get leaner and stronger and are failing to achieve a goal articulated strongly by their Western supporters – to catapult the U.S. into the ranks of the world’s major solar manufacturers. Moreover, the study adds, U.S. tariffs have prompted China to impose its own tariffs on U.S.-made polysilicon, the solar manufacturing sector in which the U.S. traditionally has been most dominant.

For example, the study says Trina Solar, one of the world’s largest solar manufacturers, recently became the first China-based firm to be recognized by the U.S. National Renewable Energy Laboratory as having achieved a world record in the efficiency of a laboratory-scale solar cell. Trina achieved that record for a multicrystalline-silicon cell, the type of solar cell that dominates the global market, the study notes.