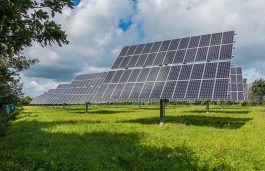 The scheme was launched last year in Ralegan Siddhi in Ahmednagar and Kolambi in Yawatmal to provide solar-generated electricity to farmers during the day. Post the success of Chief Minister’s Agricultural Solar Feeder Scheme in Maharashtra’s two places, the state government now plans to extend the scheme to the rest of the state. The scheme […]