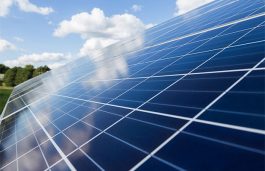 Tata Power Solar has received an LoA to build a 95 MW solar project for GSECL, the order value of the project is approximately Rs 460 crores. Tata Power Solar, one of India’s largest integrated solar companies and a wholly-owned subsidiary of Tata Power, has announced that it has received a Letter of Award (LoA) […]