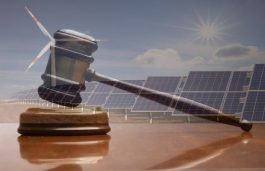 The Central Electricity Regulatory Commission (CERC) has ruled in favour of Talettutayi Solar Projects One Pvt. Limited (TSPPL), a subsidiary of Gurugram-based SolarArise, directing Solar Energy Corporation of India Limited (SECI) to pay the solar developer compensation for the increased cost of a project, excluding carrying cost, due to the implementation of the GST laws […]