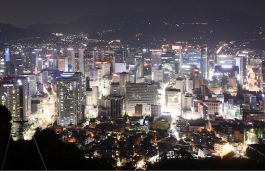 South Korea is unlikely to meet its 2030 renewables target, according to consultancy firm Wood Mackenzie. According to the consultancy’s analysis, renewables will account for about 17% of the country’s power mix, a little shy of its original target. Shortly after Moon Jae-in took over the reins as President, the South Korean government unveiled its […]