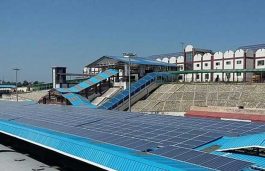 Rooftop solar installations in four more railway properties have begun to produce solar power in the Central Railway zone. The four newly added locations are Igatpuri railway hospital, Igatpuri railway station, Kasara railway station and Titwala cabin. The Central Railway says that that with the addition of the four new locations in the network, the […]