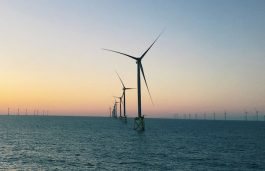 Macquarie’s GIG and RIDG have partnered to compete in the next round of seabed leasing for offshore wind development off the Scottish coast From their Edinburgh base, Macquarie’s Green Investment Group (GIG) and Scottish offshore wind developer Renewable Infrastructure Development Group (RIDG) have announced their partnership to compete in ScotWind, the next round of seabed […]