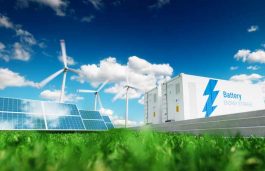 French developer Neoen, the firm behind the original ‘big battery’ at Hornsdale Power reserve where is used Tesla batteries, has just expanded its bet on Australia. The firm has announced the doubling of its newest big battery production to 100MW/200MWh in the Australian Capital Territory (ACT). Neoen has emerged as a major storage player on […]